CSRA Roofing and Construction Company is your local, honest, hard working, Insurance restoration specialists. Let our trained Storm Damage Inspectors inspect YOUR roof! Our unique inspection method allows you, the homeowner, to see exactly what condition the roof is in without leaving the ground! Our inspectors are trained not only to identify roof damage, But also Exterior Collateral and Interior Damage. We work with all insurance companies to make sure you get EVERYTHING you qualify for!! Don't let hail damage get worse. Have your roof inspected for FREE today!! Serving Augusta, Evans, Grovetown, North Augusta and 80 Miles outside of the CSRA!! 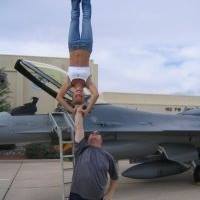 12/30/2018, 10:58 AM
CSRA Roofing did was a pleasure to work with all the way from the initial contact to the completion of the install. They were very professional. We were expecting to have to pay for the entire roof replacement. However, once the salesman arrived and inspected our roof, he stated there was significant... 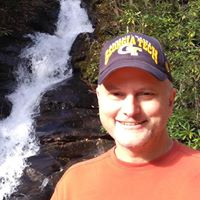 12/18/2018, 16:38 PM
CSRA Roofing was a pleasure to work with all the way from the initial contact to the completion of the install. They were very professional. We were expecting to have to pay for the entire roof replacement. However, once the salesman arrived and inspected our roof, he stated there was significant wind damage and that insurance might cover the cost. He reviewed the multiple roof colors that were available and the difference in quality. He also provided us examples of houses were we could see the color installed on a house. The salesman also made sure he was here when the insurance adjuster was here and climbed up on the roof with him. As a result, insurance covered the cost of the roof replacement. The lead for the install team kept us informed as the install date approached. Once the install began, the installers were careful to protect as much plant life and yard as possible and as a result there was minimum damage, much less than expected. The installed roof looks awesome. I do recommend the homeowner cuts their grass just before the install begins. This helps the install team's magnetic roller pick up the nails that land in the yard.

Thank you Mr. ****** for your positive review. We are so happy to have been of assistance in regards to your claim and ultimately replacing your roof. Please do not hesitateto contact us if you have any issues in the future. Thank you

07/14/2017, 04:07 AM
CSRA ROOFING did a quality job on our roof and was extremely professional from the consultation to the finished job! Thank you so much for your hassle free service!

07/01/2017, 02:34 AM
I think it feels good that you can trust someone to come out and do the work, and you don't have to go behind them and tell them what they did wrong or tell them to clean up after themselves. I didn't have to do any of that, and to me that is worth the money there.