Here at Driftwood Builders Roofing, we don't just build roofs; we have also built a reputation as the roofing company where quality and service matter. We are big enough to do the job right, but small enough to offer old-fashioned customer service. If you are looking for a professional roofing company in the Austin metropolitan area to inspect, repair, or replace your roof, you don't want to entrust this critical component to just anybody. Our roofers devote the same care and attention to your family's roof as they would for their own roof.

04/19/2020, 05:39 AM
We used Driftwood Builders after the last hail storm. While there were a bunch of migratory companies coming through town, I didn't feel like there would be anyone around to warranty their work. I am really glad we did, because they were efficient and used high quality product. My roof has held up much better than some of my neighbors. They have even come out to inspect it a couple of times since, and didn't use it as an opportunity to make more money. Truthful and honest. That's what I look for in a contractor. Could not imagine using anyone else.

04/17/2020, 22:58 PM
Several years ago, I purchased a new home built by DR. Horton. Shingles flew off during a windstorm and I had to fight the builder to repair it because the roof was past its 1-year-warranty. A year later, it happened again. This time I was on my own, so I reached out to Driftwood Builders Roofing. A representative came out the next day and was very knowledgeable, friendly and professional. He instantly discovered that the installers had blown nails too far into the shingles, which is why they were not holding as well as they should. He installed a temporary patch and came back a few days later for a more thorough investigation. Instead of needing to replace the entire roof, their crew was able to replace the damaged shingles and add nails throughout the roof to better secure the shingles that were incorrectly installed by DR. Horton. Their timing was impeccable, and I felt I was in good hands throughout the entire process. I highly recommend Driftwood Builders Roofing and couldn’t be happier with their service.

04/15/2020, 18:28 PM
We had the pleasure of working with Blake during a very stressful time trying to get our home ready to list. He came out and did a full inspection of the roof, gave us detailed notes on what needed to be repaired and went above and beyond by trimming back some tree branches that were rubbing against shingles and others that would’ve grown close quickly. Blake was friendly and professional and helped us get our gate (separate project) to the back yard rebuilt and installed within a 48 hr time frame that we needed it done by. Again, above and beyond. Would definitely recommend Driftwood based on our experiences!

04/14/2020, 09:04 AM
They did not ask for money up front. They came back and checked on the finished product before receiving the final payment and made certain we were happy with the job. I would recommend this company to everyone! Our insurance deductible was $800.

12/23/2019, 08:19 AM
I'm so, so thankful that I discovered and chose Driftwood Builders for our roofing job. I didn't realize that our TX sun and weather can be so damaging to our roofs. Our 30 year shingle was ready for replacement at 17 years. The attention to detail and thoroughness of Driftwood Builders was incredible. Their speed of response time and communication was very satisfying. Their friendliness, knowledge of the ins and outs of roofing, and their above and beyond assistance swayed my choice most of all, out of several very solid roofing companies. I am completely satisfied with Driftwood Builders Roofing and their work and would highly recommend them to anyone. 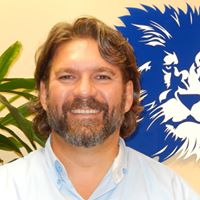 07/16/2019, 13:56 PM
Everyone we spoke to at Driftwood Builders seemed eager to assist us with our needs. Were able to set an appt. and have them come out within a few days of our first contact. Had hail damage that required an entire roof to be replaced. Their team was efficient and professional. Had them do some additional work beyond the roofing needs we had. We are extremely pleased with the results.

04/03/2019, 01:55 AM
I interviewed 5-6 different highly recommended companies. I felt that Driftwood Builders was the most knowledgable and professional. They did exactly what they said they were going to do. They have a very nice reputation in our neighborhood.

03/07/2019, 15:28 PM
They delivered what was promised and in the contract. They actually went beyond. After the roofers started we had some inclement weather and they stopped before it got wet and made sure that it was going to be leak proof. We were totally satisfied. Once the weather cleared up, they continued and still on schedule.