MEET DR. MARK MCCAWLEY, D.M.D., M.S. — BOARD-CERTIFIED PERIODONTIST DR. MARK MCCAWLEY IS A LIFELONG RESIDENT OF FORT LAUDERDALE ATTENDING HARBORDALE ELEMENTARY AND PINE CREST SCHOOL WHERE HE WAS CAPTAIN OF THE CROSS COUNTRY TEAM. HE GRADUATED CUM LAUDE FROM FLORIDA STATE UNIVERSITY. HE RECEIVED HIS D.M.D. DEGREE FROM NOVA SOUTHEASTERN COLLEGE OF DENTAL MEDICINE AND ALSO A MASTERS OF SCIENCE, AS WELL AS, A CERTIFICATE OF ADVANCED GRADUATE STUDY AFTER A THREE YEAR RESIDENCY IN PERIODONTOLOGY AND IMPLANTS FROM NOVA. DR. MARK MCCAWLEY IS NOW A DIPLOMAT OF THE AMERICAN BOARD OF PERIODONTOLOGY. MEET DR. TOM MCCAWLEY, D.D.S., F.A.C.D. DR. TOM MCCAWLEY HAS PRACTICED IN FORT LAUDERDALE FOR ALMOST 40 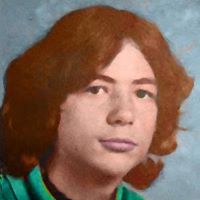 10/05/2014, 21:44 PM
Gum surgery! Having had a horrible dental surgical experience in my early thirties that involved having my wisdom teeth removed, bone surgery and a complete 4 quad gingivectomy performed in a single session, I was no stranger to dental pain. Fast forward 25 years and the result of that surgery left me with advanced periodontal disease and I was extremely nervous at the prospect of another gum surgery. The first Periodontist I encountered wanted to remove 9 teeth just to get started and then perform gum surgery. I took a pass on his recommendation. Two years went by things didn't get any better and by happenstance I was hired by Dr. McCawley to install and maintain an aquarium in his office. So, I figured why not get a second opinion? I was amazed at the difference in manner and approach Dr. McCawley took with me. He was very straight forward and to the point but the big difference was the optimism he had about being able to turn my condition around. He also told me that the Yag laser he would use was a device that would significantly reduce the pain that had been associated with standard gum surgery and that it would speed the healing process. I can state after the fact that he did not lie, the pain was near zero. I could not believe that I had gum surgery! I healed faster than he told I should expect to and my teeth and gums are doing far better than I had ever hoped for. The entire staff are very attentive and skilled at their jobs. A very friendly environment I would recommend to anyone that fears the pain associated with oral surgery. Would I do it again? You Betchya, but I won't have to!