Welcome to next star productions! Next, is one of the nations most reputable, "elite" talent showcase where we promote & develop new, up and coming talent in the categories of acting, modeling, singing & dancing, to the nations top agencies, managers & casting directors. We call ourselves "elite" in the fact that our regional showcases are small, always 100 performers or less! Next believes in quality, not quantity, which in return gives our performers a high success rate! Our performers are ready to showcase, ready for agent representation! Because of our reputation for development and growth, leading sag franchised agencies from la, nyc, san francisco, chicago, seek out our talent for

08/27/2019, 17:41 PM
Next Star Productions blessed our family with this wonderful experience! Our daughter Elaijah said she had "so much fun" she can't wait to get back on a plane and come back to LA! The energy and the professionalism that the Next team showed us throughout our time in Cleveland and LA was unforgettable and much appreciated! We are excited to see where our daughter's career goes from here! Thank you so much NEXT you all are the BEST at what you do! God bless you all!

02/28/2019, 14:05 PM
My experience was absolutely fascinating! My knowledge on acting and modeling expanded so much. The staff were really nice and helped people when needed. If you are looking to get an agent, this is the place to go!

02/17/2019, 15:22 PM
The show case as well as the training leading up to it has been the most awesome experience. Very professional and organized. Walking into the showcase I noticed that everyone was greeted with a smile from the staff ; that's truly important because it sets the first impression. It show guest that the show will be presented in a professional and pleasing manner. I also think that having badges for the guest was an awesome security measure. Whether I was walking down the hall or in the restroom, I was able to see who was there for the show case and who was not. That gave me a sense of security. I was grateful to have a number badge as a performer. Being that this was my first time in a show case, I was so glad that I had a number to know where I belonged in the lineup, and directed when to walk to the stage for my performance. And last but not least you guys thought of every detail all the way down to children having a short attention span. I liked that they were in cue to perform first before the older kids and adults. If they would have had to wait, they would have become tired or talkative and they would not have been focused enough to remember their lines. Going first really helped them to excel and they were great. Thank you guys for all of your hard work and dedication, I give Are You Next 5 stars and highly recommend.

01/18/2019, 12:20 PM
My daughter had an amazing experience with Next. Denise, Annabell and the entire staff was super nice and gave her a lot of encouragement. She learned so much from her experience and has signed with Actors Choice Talent Agency. Her experience has forever made a positive change to our lives. I recommend them to everyone interested in modeling or acting.

12/21/2018, 14:12 PM
I want to thank the entire Next Star Production for everything, everyone was very kind and professional throughout the entire process. From the talent show in Austin, TX to Los Angeles, CA it has been a wonderful experience. My son Jahari Thomas has now been signed with MMG. 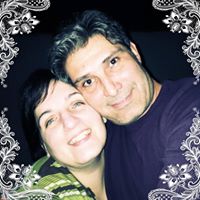 10/19/2018, 01:56 AM
My daughter Dorothea auditioned in Cork and received also a call back! We impatiently can’t wait for her first showcase in Dublin.