Aspen Dental dentists are skilled clinicians trained at some of the nation's most prestigious dental schools. The dentists at each of our offices possess a thorough knowledge of dental and denture procedures. And though their backgrounds are diverse, our dentists all share one common goal: to give each patient a healthy mouth. It's our pledge to deliver great care but also fair pricing. So you can trust that you'll get low, no-surprise pricing. And if your insurance pays less than what we quote, we'll cover the difference.

11/09/2022, 08:53 AM
Truly some wonderful people there, had my bottom teeth removed there and our truck had broken down, multiple employees offered there help in this situation, Micheal truly went above and beyond especially. However the doctor I had seen originally for a single tooth extraction gave me pain medications because I was in a lot of pain and I was scheduled to come back to get the rest of my lower and uppers removed and it was a different doctor, they only removed the bottoms even though I was supposed to have both done the same day, she would keep twisting and yanking on my teeth when I told her it was causing me pain and refuses to give me pain medication aside from what you can buy over the counter and I am in a lot of pain and I find her practice to be very inconsistent with the previous doctor, unorthodox and unprofessional when it came to me telling her I was in pain in and out of the office. I’m in a lot of pain currently and the fact that I was promised to have both upper and lower done on the same day just to not have that happen after I have already paid for it really doesn’t sit well with me and really conflicts with my work schedule on top of it all and I had taken off work because I knew I was going to have both sets removed, now I have to work around my work schedule again to get the uppers removed. I hope to never have to have her as my doctor again in all honesty. Everyone else there is incredibly friendly and helpful though at the Bryant, AR location, that doctor just isn’t. “Different doctors do different things” -Aspen Dental  Receptionist after talking with the doctor about getting me pain medication

05/17/2022, 21:09 PM
This was the first time I have been to Aspen Dental in Bryant,AR. The staff was great and really thorough. I don’t remember the name of the dentist, but she was great, too bad she will be leaving soon to go to New York. I definitely recommend this place.
Business Response:

Thank you for recommending the team, Damon! I hope your future visits are just as successful. - Mitch, ADMI

11/10/2021, 18:18 PM
I had my first visit with Aspen dental today. The workers are very welcoming and professional. I was seen in a timely manner and they were very thorough with my care/instructions. The price is a little high, but they work with you, even if you do not have dental insurance.
Business Response:

Thank you for your kind review, Megan! I hope your future visits are just as successful. Keep on smiling! - Mitch, ADMI 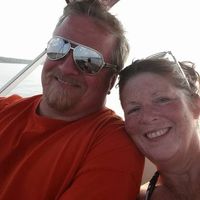 11/04/2020, 13:44 PM
The service I receive is friendly and efficient . Dr. Sharks is very knowledgeable and cares about his patients.
Business Response:

I'm happy to hear that, Julie. Thanks for sharing! - Dawn, ADMI 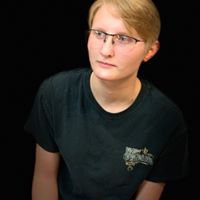 07/30/2020, 08:57 AM
I don't usually do reviews, but they asked, so here I am. I got fillings, a root canal, wisdom teeth removed. Hardly any pain through each procedure. Dr. Sharks made me feel cared for and comfortable. The office staff, hygienist, and assistants have always been professional, friendly, and helpful, since day one. They talked me through the plan, procedures, and financing, made it easy. I have yet to see any evidence of bad practice as seen on some other reviews. 10/10.
Business Response:

I'm happy to hear that, Kerri. It’s great that you felt at ease with the team, and I hope that you continue to have 5-star experiences. - Michelle, ADMI

05/05/2020, 12:30 PM
Today I had 2 teeth pulled and I need more work done. Thanks to Aspen Dental I was able to get both pulled without having a panic attack. thank you Aspen Dental. job well done
Business Response:

Kasandra - It's so great to hear the team helped ease your fears. Thanks for sharing your experience with us! - Stephanie, ADMI

I'm glad you enjoyed your visit, Anthony. Thanks for sharing. - Emily, ADMI 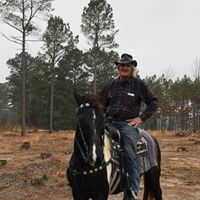 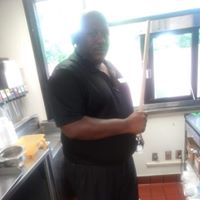 11/13/2019, 17:24 PM
I was so scared and apprehensive about this place because of what I have read from "some" patients but I since the first day I showed up in pain they did what they could to alleviate that pain. during the procedure I had done I felt no pain at all and Dr. Shark and the workers kept me at ease the whole time. I highly recommend this place if you need dental work done and find out for yourself how kind and professional Dr. Shark and his staff are. #iloveithere
Business Response:

I'm so glad that the team put you at ease and helped you have a positive experience. Keep smiling, Reubin! - Traci ADMI