Broten: South Florida’s Choice for Garage Door Sales & Repair For over 60 years, Broten Garage Door Sales, a family-owned and operated business, has provided our South Florida communities with high quality garage door, garage door operator, and entry door sales, in addition to quality garage door and garage door operator repair services. As a member of the International Door Association and the first garage door business in Florida to receive accreditation from the Institute of Door Dealer Education and Accreditation (IDEA), we are happy to provide you with garage and entry doors that are equal parts aesthetically pleasing and solidly built. Read on to learn more about what we offer and how

05/09/2013, 12:56 PM
no problem at all. The repair was quick and the repairman was in the garage the whole time did not trouble us at all change two springs for the garage door. The repairmen was professional and completed the work in good time, the door were repaired and work great 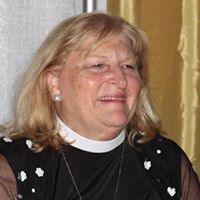 04/23/2013, 10:26 AM
All work completed in under 1.5 hours, had all the parts in the truck, wich looked very professional and properly stocked. Replaced torsion springs in Garage Door and two broken rollers.

04/15/2013, 10:32 AM
Danny diagnosed quickly, told me the cost for required parts and the price. He estimated the job would take under an hour and a half. I gave him the go ahead and he got to work immediately. He had everything he needed in his van and got the job done quickly and within the proposed time frame. Danny is a hard worker who wasted no time in getting to me and getting the job done. My telephone conversations with both girls at the office indicated pure professionalism on their parts. I would have no hesitation in recommending this company, and if the need ever arises I will definitely use their services again. I'm a very satisfied customer. My double garage door came crashing down, almost killed my daughter, when the coil broke. I was then stuck with both cars locked in the garage. This happened after business hours, so I hit Angie's List and made some calls to leave messages. Broten was the second company I spoke to at the start of business the next day. Daniella assured me their man would be here between 9am and noon. A second agent then called to say their man was on his way, and she gave me his name so I knew who I was looking out for. Danny arrived around 10am and I was able to get my cars out within minutes.

03/15/2013, 01:04 AM
They do house doors and they are wonderful. Four years ago they put our garage doors on. They are very expensive doors but what they charged us is comparable to others and it was less than some other places. Their service is excellent. We went to six places before we went back to them and they storm the quality and the service. They are professional craft people and they are professional in what they do. They are outstanding in their quality of their work. We used Broten Garage Door & Gate to install high impact storm doors put on the house. This is the second time we are using them.

03/12/2013, 09:06 AM
They were very good. They quickly got back to me and came in a very professional manner to install the springs and explained to me different things about what he did and everything. It was a good experience altogether. They responded immediately when I called them, had somebody out the next day and did use the time wisely. I had him back if I have any other problem. I used Broten Garage Door & Gate to replace the springs on the door.

03/08/2013, 06:51 AM
unknown Broten came to our home quickly after I called, answered all of our questions and overall did a great job. Very professional.