Mohawk takes investing in our community seriously. As a flooring retailer, we consider this part of our leadership role and we pride ourselves on carrying innovative products that make life better for our customers and also contribute to a greater good. Did you know that you can purchase quality flooring products and support tremendous causes at the same time? That’s one of the many reasons we carry and support Mohawk Flooring products. Mohawk invests in environmentally responsible practices, develop renewable resources and uses efficient facilities and delivery systems. Mohawk Flooring leads the pack when it comes to eco-friendly flooring from carpet and carpet cushion to hardwood, laminat

04/26/2021, 07:00 AM
We had a main line back up and the carpet needed to be removed. Dewey and Carpet City went above and beyond our expectations. We chose a laminate hard wood to replace the carpet, which looks amazing. The new flooring created extra work for Dewey and his team (Sonny). They shaved they doors and customized the transitions. Thank you guys for all the extra effort! -Ty and Jen

01/19/2021, 17:10 PM
I had my main level carpeted. I found a flaw in the living room piece. It was about 12”x4”. The owner, Dewey, came out the next day to check it out, hoping that it was just a “crush mark” from being rolled up. He tried steaming it, but it wasn’t helping. He offered me a discount, but I just felt like the spot would really bother me. I declined, and Dewey said that he was actually glad. He said that his wife wouldn’t have accepted it, either. He’s a man of integrity. Although it was only a small flaw, he ordered all new carpet for me. I was afraid that he might try to patch it, but he didn’t even suggest that. He explained that because there would be a chance that it might be a different dye lot, he had to replace it all. I’m so pleased with his customer service. I always try to support small local businesses, and I’m so glad that I went with Carpet City Express. I can’t say enough about the great job Dewey and his team did.

11/02/2020, 06:16 AM
My wife wanted to go through a company which advertises highly on tv. I had worked wit Carpet City Express previously and was so amazed and satisfied that I convinced my wife to stop into their showroom. We scheduled new carpet and laminate flooring with Dewey. He was so attentive and in touch with what we wanted and our budget. The flooring was installed this week by his team of professionals. We couldn't be more happy.. If you need flooring GO SEE THIS MAN! You will be so happy you did.

12/23/2019, 12:30 PM
Dewey was amazing to work with from the start. He helped us thru the flooring selections and guided us on making lasting choices for our new home. It all came together and was and couldn’t have been better.

07/24/2019, 19:36 PM
We were dealing with another flooring company and having problems with getting the carpeting we ordered. We were told to try Carpet City Express and are so glad we went with them. High quality product, excellent owner, professional installers. We highly recommended them to our family and friends. Our home looks great with the new carpeting. Thank you so much for coming through for us. 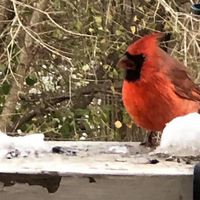 07/20/2017, 06:36 AM
I can't say enough "GREAT" about Carpet City Express! Dewie and family have been wonderful to work with! My carpet hasn't even been installed yet, but I truly don't expect my opinion to change....top notch helpful, friendly, over the top in helping me get great carpet for a great price! Thank, thank you, thank you!