Louisville Home Remodeling Company Whether you live in one of Louisville’s historic charmers or in a cozy family abode tucked into a quiet neighborhood, maintaining your home’s value is a must—and Green Star Home Remodeling can help you make it easy with our competitively priced home remodeling services. Our Company uses quality materials and provide flawless workmanship for remarkable results that are backed by some of the best warranties in the business. Take a look at images of completed projects and browse our customer reviews to get an idea of the quality and services you can expect when you choose us for: • Bathroom Remodeling • Windows & Doors • Roofing • Siding • Outdoor Living

05/24/2017, 10:43 AM
Quick and efficient small bathroom remodel. We were very pleased with the work and with the professionalism of the installers. Great communication and a positive overall experience. Love the feel of our newly updated bathroom - so serene and relaxing!

05/22/2017, 07:06 AM
We moved in our house in 2014 and needed to update our two bathrooms. The home was built in the 1950's and bathrooms were very outdated. We had four different companies give us a quote and ended up choosing Green Star home remodeling to do the job. Workers were very clean and i felt they went out of their way to accommodate our schedules. They cleaned up everyday and took the extra time needed to make sure the job was done correctly. We highly recommend green star to our family and friends an we plan to have them do our windows this fall.
Business Response:

Thanks Amber. please let us know when you're ready for your new windows we would love to work with you again 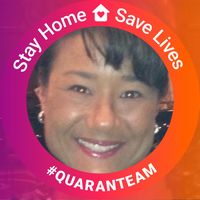 05/21/2016, 05:51 AM
We are currently having our basement finished by GreenStar and the project is going exceptionally well. We are very appreciative of Kyle, Emily, and the GreenStar contractors for their transparency, constant communication and of course, the high quality and efficient work they are completing. I have no doubt that i will be back with more kudos to GreenStar upon completion of the project. 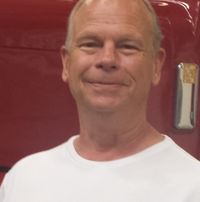 04/26/2016, 12:28 PM
Greenstar did a complete remodel on my daughters 1950 home, transforming an outdated living area, kitchen and bathroom. When completed, it became an open floor plan, a great place to enjoy cooking, eating and gathering. Great job Greenstar!!!

03/09/2016, 14:52 PM
Just make sure you're checking everything in your contract. Check your measurements, make sure you have your I's and T's where they need to be so both you and your contractor are clear on the job. I had a sunroom I wanted all the windows removed from and then walled up with vinyl/drywall. The last Window didn't get done. I called Green Star and was told "it was contracted for 17' of windows." I guess i should have measured them myself because telling the salesman "I want them ALL gone" didn't register that I wanted them ALL gone, but only 17' of "All" of them. Of course, I'm irked to hell and back at the moment but didn't want to lose my thoughts, but if the finished product perks me up, I may raise the rating... I've edited the above review - I didn't think I would go to "Yay! I'm a fan" but after speaking with the general manager, we've worked out an agreement to get the last window corrected. This could have been a simple miscommunication between the salesman and myself due to some furniture in the room. I was beyond irked and then some earlier and made a hasty review so I wouldn't lose my thoughts; I should have written them down instead to come back later with a clear head and review them.

01/28/2016, 15:07 PM
Green Star is an excellent company who did a fantastic job on remodeling 2 of our bathrooms. Their employees are absolutely the best and they bent over backwards to make sure the job was done to our satisfaction. In fact, they probably did more than was expected. I highly recommend them for any home improvement project and I will probably be using them in the next year to enclose our deck.. 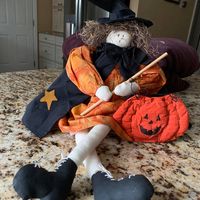 12/10/2015, 16:49 PM
I cannot say enough about Greenstar remodeling. I started out getting 2 doors, new gutters, and wrapping windows. I couldn't get an estimate from other companies so I went with Greenstar. When the job was done to their and my expectations I decided to update 2 baths, powder room, kitchen, knock out a few walls and replace flooring. I love the renovations. Thank you. 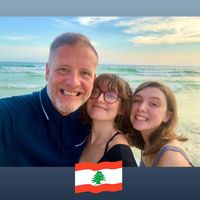 09/08/2015, 05:26 AM
We hired Green Star to do a Bathroom Remodel. Replacing our old tub with a new walk in shower. We had a small area for the tub and toilet and now we have an on suite. They were not pushy. They did everything we ask and in a timely manner. They protected our property through out the job and cleaner up every day before leaving. We have had a lot of good comments about the job and I would highly recommend them.