07/05/2020, 17:13 PM
Over the past few weeks, I have had the Gridiron Guys for two major home improvement projects. The first was for installation of a wood look luxury vinyl floor throughout my first floor. This entailed pulling up carpet, ceramic tile and laminate flooring. They were fast and efficient! They moved all my large furniture for me and the entire team was very respectful of my home. They even washed my floors on their hands and knees before leaving. I couldn't be more pleased with the finished look! The second project was new siding on my home. These guys are worker bees! Despite the heat they removed the old siding and replaced it in two days! It's beautiful. They clean up as they go so my yard never looked a mess. They also asked me about everything down to the out door light fixtures. I purchased new the first evening and they were happy to install them. I have another team coming to do new gutters and gutter guards. I would suggest contacting Jake Hopp at Gridiron Guys for ANY Home Improvement Project! They are fantastic! 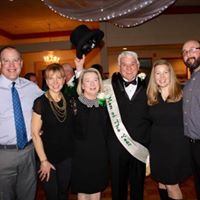 07/02/2020, 13:00 PM
We just finished a project with them and it turned out perfect. Everyone we encountered representing the company was professional, honest and hard working. Everything you hope for in a contractor. I would strongly recommend this company. They couldn’t do enough for us.

05/13/2020, 10:25 AM
We knew our roof was at the end of its life, but had been putting it off. A big windstorm on a cold January day in 2008 forced our hand (we had bare wood showing!), and we were suddenly faced with deciding very quickly who to have re-roof our house. We took several recommendations from friends, did some research online, and after talking with them, decided to go with Gridiron Guys. Not only did they come out only two days later, they went above and beyond, replacing some failed decking, and also a skylight that was failing. They were among the lower end of the bids we received, and did a fantastic job. The roof was replaced in one day, everything was cleaned up afterwards, and the results were (and still are) beautiful. 12 years later, the roof is still in immaculate shape, and if I were to have to replace it again, I'd go straight to them.

04/27/2020, 08:19 AM
The crew was fast, professional and thorough. My roof is high, steep and has a number of peaks and valleys yet the crew was able to replace it in a single day. The new roof looks great and the yard was left clean. The foreman kept me apprised of progress and handled any issues that came up. Very professional and easy to work with group. I would certainly hire them again.

04/20/2020, 16:42 PM
Big shout-out to the Gridiron Guys! replaced our roof today after hail damage, from the estimate to working with the insurance adjuster, to the installation. couldn't ask for more! Most impressive badass roofing crew. perfect job and spotless cleanup! You won't find a better locally/ family owned company to take of you! Thanks again for the great job!
Business Response:

Thanks for the great review, Paula. We've been working hard after all the recent storms and we are so pleased to hear you are happy with you new roof. Please let us know how we can be of service again in the future! Cheers, Gridiron Guys Construction LLC

Thanks for leaving us a great review, Thalia. We’re so happy to hear you were please with the work we did for you. Please let us know how we can be of service again in the future! Cheers, Gridiron Guys Construction LLC