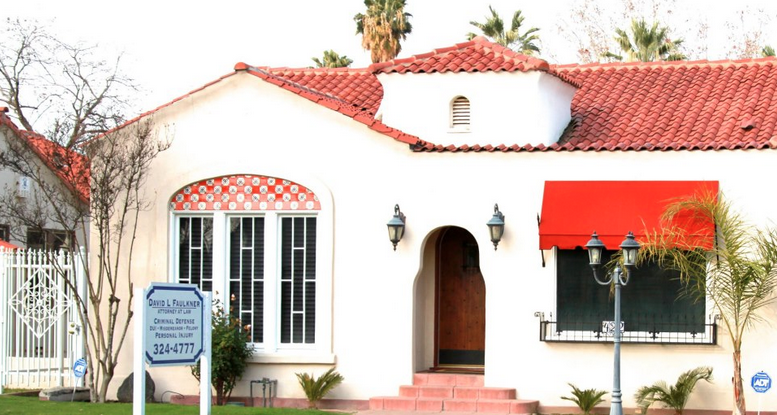 If so, you need to speak with a criminal defense attorney now! At the Law Office of David L. Faulkner, you will get the answers you need. Contact our office now for a free consultation. We have proven results in hundreds of cases including DUI (alcohol or drugs), reckless driving, drug possession and sales, weapons charges, domestic violence (spousal abuse), theft charges, possession of stolen property, assault and battery, resisting arrest, public intoxication, child endangerment, and many, many more. All too often, people desperate for legal help, hire a high-priced defense attorney only to find that their case has been handed down to an associate. When you hire the Law Office of David Fa

06/09/2013, 17:00 PM
When we are young, some of us make mistakes and we do the best we can to counter those mistakes, do all we can to be the best citizens and just plain grow up. I had a conviction from my past on my record that was like a dark cloud over my life. Naturally as I got older, I wanted to pursue a career I love and wanted to start a life, and just wanted to part from the mistakes of my past that were discouraging me. My Dad told me about David, that he was a super nice guy and I should call him. I am so thankful I did just that. David was calming and made it painless. Because of him I was able to move forward with my life with nothing weighing me down, and without the added stress that the process of these matters can take. I'm forever thankful and will forever rely on David should my family or myself ever need legal advice and representation.

05/27/2013, 17:00 PM
If you ever been on the wrong side of the law, and felt all alone, don't give up. With the right kind of help you CAN fight. Remember! You are innocent until proven guilty. Growing up I've always been stereotyped and judged in negative ways. And one day on my way home from work, a C.H.P. officer did just that. So because of my appearance, my nice vehicle, and so called loud music. I was pulled over, taken out of my vehicle, given sobriety tests, then arrested for DUI. Although I was completely sober, my drug test came back positive. Six months later I find myself getting pulled over, once again by the exact same officer. Again he says I was stopped for loud music. Again I was arrested for all the same reasons as the first case. Something told me this officer was picking on me, and that he had done so to many others. Now having two identical DUI cases, I felt all alone. I thought there was nothing I could do. Not knowing what to do next I searched hundreds of fancy Attorney ads in the phone book. I came across one tiny ad that stood out the most to me. It was for Criminal Defense Attorney David L. Faulkner. After a 1 on 1 free consultation with him personally, I knew he was on my side and he would try his best to fight for me. He made me feel confident about winning my cases. So I hired him on the spot. It was a long hard battle. In both cases Mr. Faulkner found that the officer had put false information in his reports. When the CHP officer was on the witness stand, Mr. Faulkner confronted him over the false information. Mr. Faulkner told the court my cases should be dismissed and both times the judges agreed! Mr. Faulkner got it done and won both my cases. All charges were dismissed. So if you need an honest, caring, and affordable Defense Attorney that will fight hard to win your case. Look no further. I personally recommend the services of Criminal Defense Attorney David L. Faulkner. Hiring him as my Attorney was the best decision I've ever made. I am truly thankful for having him on my side. Not only will he be my Attorney for the rest of my life, He'll always be a great friend. Thanks again David

05/19/2013, 17:00 PM
About a year and a half ago I found myself in a jail cell intoxicated and I had no idea why. Once I sobered up I tried to remember what had happened that night. I had blacked out for the first time in my life and I had only been 21 yrs old for a few months. I was put in a situation where I had been charged with assault on an officer, drunk in public and resisting arrest. I was looking at serious charges. I had never been in trouble with the law and I was scared. I thank God to this day that I was referred to Attorney David Faulkner. I was a college student that had goals for my future and a criminal record could jeopardize everything I had going for me. Attorney Faulkner was able to negotiate a complete dismissal of my case after a period of 18 months of good behavior. Before the 18 months was up, I applied for acceptance into a nursing program. Attorney Faulkner re-opened my case and got it dismissed seven months early. Thanks to him I was able to get my case dismissed in time for my background check for the medical field program. Attorney Faulkner was always there when I needed to call him and ask questions and he always provided an answer. He was honest to me from the start and he showed me he wanted the best results for me. He was willing to do anything he could to get my case dismissed. He always took the time to explain everything to me in a way I understood. If I had to refer friends or family to an attorney, I would definitely refer them to Mr. Faulkner. I would want the best for my family and friends and I know by referring them to him, they would get the best service. He would make sure to go over and beyond for his clients as he did for me. I highly recommend his service to anyone out there. Thanks to Attorney Faulkner I can now be at ease with my future.

04/11/2013, 15:10 PM
I found myself in need of an attorney and I am so glad I found David. He answered my questions, he was confident and that helped my nervousness. He worked wonders in my case and I am very grateful.Thanks David