The NVISION Difference With more than 125,000 patients having already chosen us for LASIK and other vision correction procedures, we know we’re delivering life changing results. After researching their surgical options, our patients have turned to us for peace-of-mind while regaining the clear vision of their youth. VISION for Life™ Our lifetime commitment to you and the results you will see with Custom LASIK. Patient Care No two eyes are alike. So each of our patients has their own custom treatment program. Physician Community We collaborate with the top doctors on the West Coast so you get the best patient care possible. Shared Values Our values align with yours. We a 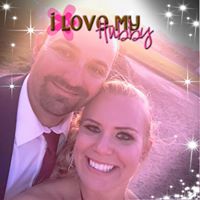 07/21/2019, 10:32 AM
The staff and doctors are so awesome! I would highly recommend them! Dr. Casey did my LASIK and he talked to me the whole time on what he was going to be doing! You won’t be disappointed if you go.

02/01/2019, 03:18 AM
Very impressed with the customer service I received. Will definitely recommend this doctor to my friends and family.
Business Response:

Hello George, I am so happy to hear you were impressed with your visit and the care you received. Thank you for the positive recommendation and for choosing NVISION Eye Centers. I appreciate your time and great feedback. -The NVISION Team

01/12/2019, 00:38 AM
Nevada Eye Care-Cheyenne makes it very easy for all my eye care needs. Always scheduling my appointments when I need them and ensuring that my appointment is on time. The staff is very professional and very efficient

01/09/2019, 15:52 PM
Dr. Park is the greatest. He takes time and concern with his patients and always asks if I have any questions. The staff is very kind and professional and the wait time is minimal.

12/30/2018, 08:01 AM
Upon arrival, the woman at reception was pleasant but appeared to be distracted. After signing in, I was told to take a seat. The appointment time was 2:30 and I had signed in at 2:04. I waited until about 2:40 when I was called to the reception desk and given a number of papers to review and complete. I returned the papers to the person at the desk at about 2:50. and returned to my seat in the reception area. Everyone that had arrived before me and everyone in the reception room had already been called and they had started taken people back that arrived in the second group. When I was finally called, there were only 4 people left in the reception area and when I was finished no other patients were in sight. I don't know what I did to upset the receptionists but the best I can say is that they were treating me like they really disliked me or I just wasn't relevant.

12/29/2018, 09:20 AM
Dr. Park is very thorough and explains the method of treatment. He answers questions respectfully and makes the patient feel at ease. The office staff is pleasant and accommodating. I highly recommend Nevada Eye Care for any optometric needs.