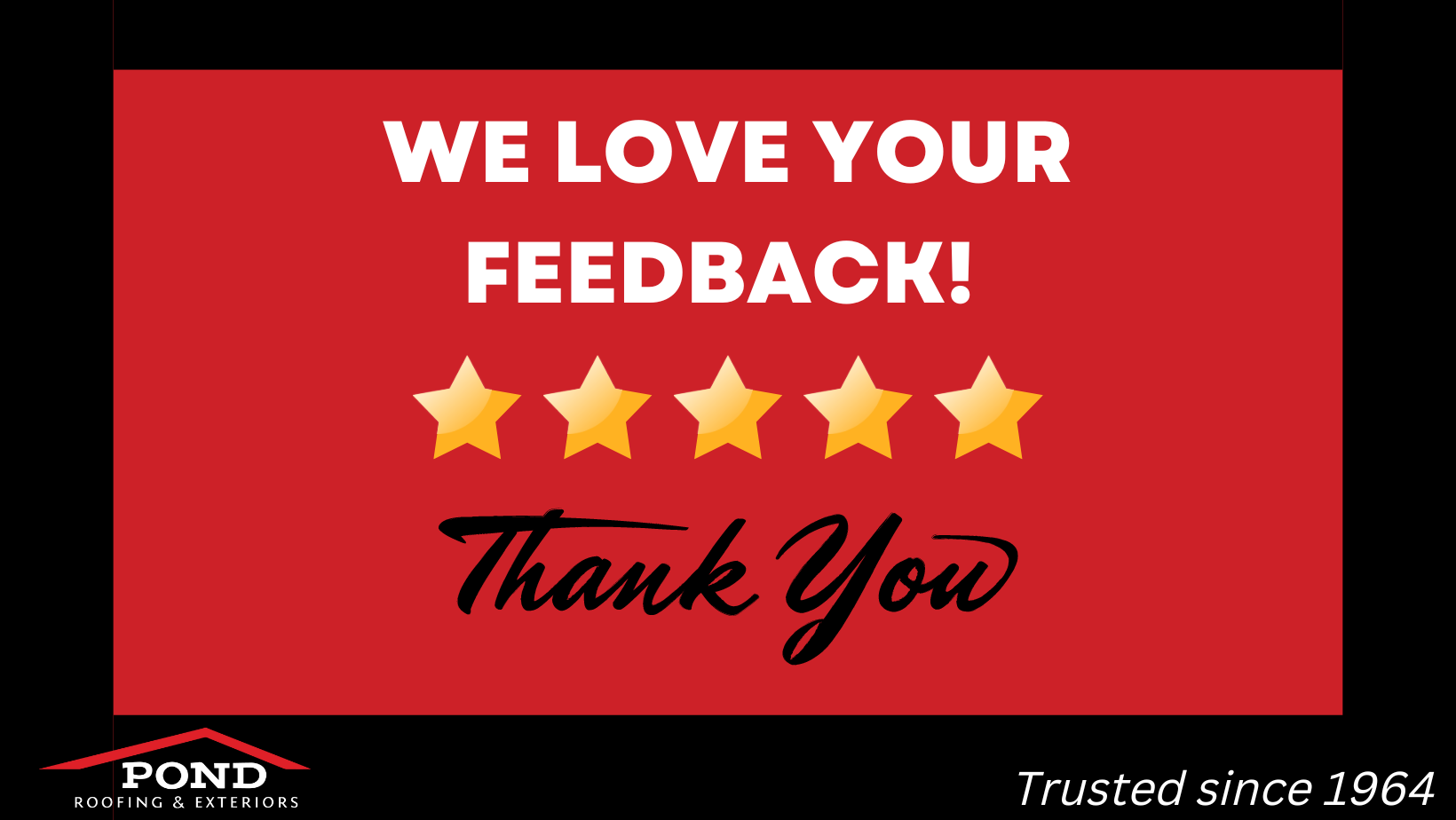 Schedule An Estimate
About

Welcome to Pond Roofing & Exteriors Pond Roofing & Exteriors has successfully helped Northern Virginia customers with their residential exterior remodeling needs for over 50 years. When Bob Pond founded the company in 1964, he wanted to offer an exceptional roofing experience to his Northern Virginia neighbors based on the quality of work being performed. The company culture was built on getting the work done right – which has remained a key component. In 2001, Bob’s daughter, Betsy, took over as his successor. She brought about a new level of customer service and focused on enhancing her customers’ experiences by updating and improving Pond’s systems and processes.

08/25/2007, 12:33 PM
I went with another company who also completed their repairs on the existing roof at the same price, but I would comfortable with Pond Roofing in the future. Very professional and knowledgeable about roofing repairs and on time for estimate. I would be very comfortable using this company as provided information and overall assessment of roof. ($350)

06/25/2007, 13:15 PM
Had them replaced in March and had to have more repair work done in June. They did the repair work for free. Were very quick about it. Had gutters replaced.

04/23/2007, 19:47 PM
Excellent work, returned to address fixes very promptly, no issues whatsoever. Highly recommend. I like the fact that they are local and established as well. Whole house gutters, spacers, some fascia board and front porch roof and fascia.

02/16/2007, 05:38 AM
I called in mid-October and they sent an estimator within a week, but said they wouldn't be able to start work until February. They did, however, ask whether the roof was leaking--it wasn't. I asked if they could replace a pair of second-story shutters that had fallen down, and although they had to have the original estimator call me back, he did so the same day--and said they'd do it for no extra charge, although it's not work they normally do. Although I was slotted for a work date the second week of February, they called a few weeks earlier and said they could fit me in the first week of February. The workers came promptly each day, were polite, and cleared up the work site at the end of each day. The roof turned out to need tapered insulation, something that did not come up in the estimate as a possibility, at an additional cost of $700. During the work a plastic water guard over my basement window was broken. Without my saying anything, they replaced it. Removed old roofing and installed a new rubber roof for my small flat roof. They also replaced the wall coping and installed tapered insulation.

12/19/2006, 06:18 AM
The company rep was professional and prompt. Work began as scheduled. They cleaned up after themselves, were careful of the landscaping around the house, and did a thoroughly satisfactory job. The roof looks great and held up through all the torrential rainstorms this past summer. We have recommended this company to a number of friends and neighbors. The company replaced a 20-year old roof on our Arlington rambler.

10/26/2006, 18:49 PM
The process was excellent. Made an appointment with their representative who met with me and discussed the options, including the Gutter ProTech gutter guards. After receiving the written proposal, a date was set for the work to be done. The work was done on the stated date; the clean-up was excellent and I was very pleased with the finished product. Replaced gutters with new gutters (6'' gutters in front and 4' in rear). Also did repair work on the facia board in rear. In addition to gutters, I also purchased their Gutter ProTech gutter guards.

09/05/2006, 15:06 PM
Very reliable and professional. Came at appointed time to give estimate and did the work in the time schedule as promised. Resecured gutters, replaced 6' section of downspout and repaired nail pops on porch roof as well as cleaned gutters.