RW Is Your #1 Choice For All Your Heating & Air Conditioning Needs. If You Are In Need Of Heating, AC, Plumbing or Electrical Services Today, Then Please Give Us A Call. Let RW Heating and Air Conditioning Help Improve Your Family’s Comfort of Life! Same Day Service Are Available For Southaven MS, Horn Lake MS, Olive Branch MS, Hernando MS, Nesbit MS, Coldwater MS,

RW Heating & Air Plumbing & Electrical is a fully licensed contractor that services Memphis, TN and the surrounding areas. We are your one-stop-shop when it comes to service, maintenance, or installation for all your heating and cooling, electrical or plumbing needs. From Tate County to Desoto County and beyond the Mid-South, we’re just a quick phone call or ‘click’ away. Whether it’s saving the day with 24/7 emergency service, giving you “peace of mind” with a proactive Service Plan, or installing a new system, we’ve got you covered. From plumbing leaks to rewiring to air conditioning issues, RW has specialized in professional service with a personal touch since 1999… giving you peace of

09/19/2017, 12:53 PM
They did it again. My daughters room upstairs lost AC yesterday and it turns out the installer of the original unit did poor job and wiring in breaker box almost burned my house down. I'd like to thank Sean, Jake, and Robbie for helping me take care of this problem from start to finish. Fair pricing on the new unit and installed it in no time. Now my girls are sleeping in the comfort of air conditioning upstairs and I couldn't be happier.

07/16/2017, 16:21 PM
After considering if the "pros" could be wrong about the units needing replacement, I decided to move forward. RW Heating & Air arrived on the day and time they promised, with sufficient personnel to get the job done. In addition to the replacement work, they installed an additional cold air return, as they said one unit had been "starved" for air. At their recommendation, I also installed a unit on my main power drop that stores energy in a capacitor system allowing for less power drainage when any electrical units in the house are started. While this added several hundred dollars to the installation, it still kept it around $14,000. Rather than construction grade HVAC units, I now have larger tonnage, high efficiency units, that are also a higher grade of manufacturing. The results speak for themselves. My average monthly bill has now dropped to about $130/month, spread across the last 12 months. That's a savings of $180/month! I've had several months where the bill was less than $100, something I never had before the work was done. The only concern I had was balancing the system for my downstairs bedrooms, which they reviewed with me, however they didn't provide any real answers on how to ensure those rooms would remain as comfortable as the rest of the house. However, given the results otherwise, I still give them an A in all categories. 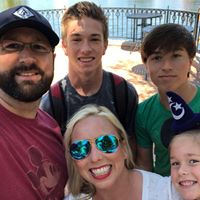 05/24/2016, 14:27 PM
I would absolutely recommend this company to anyone with hvac needs! Brian and Terry did a great job and appreciate how quickly everything got done!

02/20/2016, 09:40 AM
Fast and friendly. R W appliance repair helped take care of my every need so I didn't have to go out and purchase a new fridge. Easier to spend a little for repairs than a whole lot for a new one. Thanks R W Appliance Repair. 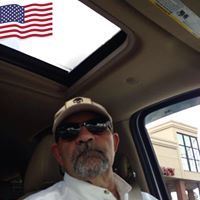 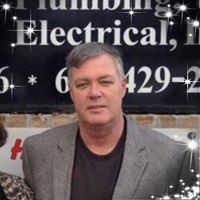