Silver Smiles’ specialty is strictly orthodontic care but if you are in need of general dental work such as cavity repair, teeth cleaning, caps, crowns or veneers, please complete this request an appointment form and we will do our best to refer you to an outstanding dental provider for those services. For Orthodontic care, after you complete the form, a Silver Smiles representative will contact you soon to set up an appointment time. Thank you in advance for your inquiry. We look forward to meeting you on your first visit to our office and helping you achieve your smile goal.

07/12/2022, 08:10 AM
If you need braces I recommend you to come here, everyone is so nice and Dr Meaghan is a good orthodontist, she explains the process to you very clearly and she answers all of your questions and concerns. Thank you for helping me in my process, I’m patiently waiting for my new smile ❤️
Business Response:

Hi, Demetria C. Thank you so much for leaving us a stellar review! We enjoy having you as part of the Silver Smiles family! :)

Hi, Deborah. Thank you so much for leaving us a stellar review! 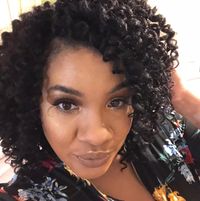 04/12/2021, 18:54 PM
Super nice and clean office. The staff is top notch...they were very welcoming, friendly, accommodating and informative. I’m so glad I was told about them.

01/29/2017, 06:28 AM
My daughter got braces when we were living in California, then we moved to Atlanta six months later. We went to see 3 orthodontists, before someone recommended Silver Smiles to us. I'm so thankful that they did. I'm not going to name names, but I didn't even realize that the orthodontists we saw for consultations were so unethical until I met Dr. Silver. They all told me that they would need to remove my daughter's current braces, and and put on "their brackets" that they work with. So, not only would I have to to walk away from all of the money I had already paid for her braces being put on, and the six months of treatment ($2500), and pay another $5000 to them, to basically start over, but my daughter would have had to go through having her newly cemented brackets removed, and new ones put on, which would have been horrible to do to her teeth. Who does that to a child to make a little more money? Enter Dr. Silver. He said that he could absolutely work with her existing brackets, her treatment time wouldn't be any longer, and might even end up being less time that her original orthodontist quoted us, and it was! She got her braces off a month before she reached her two year mark of having them on. And, they charged us less than we would have paid if we had stayed in California with her old ortho. I don't understand the science, but somehow, they were able to do her treatment in less visits, and her teeth didn't hurt for days, like they did with her first orthodontist. I used to only be able to give her soft foods for three days after she'd get her wires adjusted, and that didn't happen to her at Silver Smiles. Dr. Silver and Dr. Megan are so great at what they do, and they are so friendly, and will thoroughly explain your child's treatment plan and progress. It's so incredible to find orthodontists who are both extremely skilled and knowledgeable, as well as ethical. You will be so happy if you choose them to take care of your orthodontic needs.

02/20/2016, 09:16 AM
My oldest has been going to Dr Silver for her braces, and they have made the whole process so easy for all. Making appointments is easy, staff is very friendly, and a very convenient location.