Welcome to Abadin Dental Dr. Abadin grew up in Miami and attended Christopher Columbus High School. He obtained a B.S. at Creighton University in 1984 and received his Doctor of Dental Surgery Degree from Georgetown University in Washington, D.C. in 1988. Upon graduating from dental school, he successfully completed a one-year post graduate advanced training in comprehensive dentistry at the Dade County Dental Research Clinic. Since 1989, he has been in private practice in the Miami/Coral Gables area concentrating on invisalign, cosmetic, implant, CEREC and family dentistry. Many people from around the world seek out Dr. Abadin for his knowledge, expertise, and new state-of-the-art facili

02/08/2019, 15:05 PM
Dr. Abadin is a master-class surgeon. I've had 5-star service for 20+ years ... ranging from simple cleanings to complex dental implants and crowns. The Abadin Team provides an unmatched experience that fuses innovative tech with personalized service. Imagine Apple meets The Ritz in the dental world ! 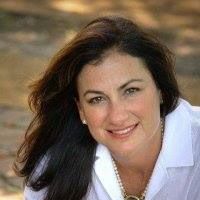 02/01/2019, 00:05 AM
I have been a patient of Dr Abadin for the last 15+ years. I can honestly say that Dr. Abadin is the best dentist that I have ever been to, and for a 70 year-old man, that's saying a lot. Dr Abadin is friendly, professional, thorough, and has state of the art equipment and a very professional, courteous and friendly staff. I trust Dr Abadin completely and find him to be the most painless dentist that I have ever been to.

Thank you so much for your kind words, David Albin. We really appreciate you taking the time out to share your experience with us. Cheers, Abadin Dental

01/30/2019, 00:46 AM
Very professional environment, doctor Abadin has literally "magic hands". Went for a tooth extraction and did not feel anything. Very happy with him.

01/20/2019, 10:07 AM
What a pain it was going to the dentist in the past. The mere image of Laurence Olivier”s performance as “Szell” in the movie Marathon Man was enough to traumatize me for a lifetime. Thanks to Rod Serling, the anticipation of the foul-tasting novocaine wearing off halfway thru the procedure compounded the nightmare. Having your teeth cleaned should not be anything close to the wrestling match of your father trying to brush your Saint Bernard’s teeth. It’s hard to believe when I wore a younger man's clothes, the term “painless dentistry” hadn't been coined yet. I still remember the wrestling match with my dentist, which was quite the norm for that time. When the match was won by one of us, I was rewarded with a trip to the dentist’s Treasure Chest... if I had been a good boy! You never knew what was in the Treasure Chest (actually a cardboard box) on the floor in a corner. Opening the lid, my eyes would scan the contents. “Oh boy! Which one would I pick?” The get-the-ball-bearing-in-the-hole baseball game? The follically-impaired man with iron filings and magnet game? The Groucho Marx glasses? There was also the all-day lollipop, saltwater taffy, or Jawbreakers ( tempting, but those would lead to more trips to the dentist). How about the Highlights magazine with “Goofus and Gallant?” Nope. Only one option left. Yes! The 1 oz. vial of “liquid steel” (yes it was mercury.) Delightfully, that became a vision of the past two years ago, when a friend told me about this dentist in the Gables. My initial visit to Abadin Dental consisted of a tour of the facilities as well as introductions to the elite staff. My nerves subsided as the smiling faces welcomed me to their office. I started to notice the extra things that are done at Abadin Dental that weren't done at any of my previous dentists. One, the entire place was more than spotless; it was so sterile, that it reminded me of the clean room at NASA. The equipment was also state of the artl. Crowns done start to finish in one visit. Extractions done painlessly and without stitches. Sound too good to be true? I had two done at the same time! I felt no pain whatsoever and never saw a needle No stitches, no foul-tasting novocaine-- all done painlessly with no post- procedure discomfort (BTW, did I mention that the novocaine is Pina Colada flavored?). The entire staff is the best of the best working in unison. One of the hygienists, Jackie, is in a class all by herself. She did my initial cleaning as well as the dreaded deep cleaning. Having had this procedure years ago, I recall that it was done in quadrants, which basically translates into four times the pain! This time, after a two week regimen of antibiotics, the day came for the Deep Cleaning. Jackie prepped me as she explained the procedure, telling me that if I felt any pain, to just blink my eyes for novacaine. Before I knew it, she said “we’re all done.” ‘You're kidding!” I exclaimed. Something was missing, I thought and something was indeed amiss. I hadn’t had to blink my eye! All done without novocaine! None of the pain that I had experienced in the past, and I hardly felt her fingers in my mouth! A star is born indeed...there is a New Hygienist in town and her name is Jackie “Twinklefingers.” My next appointment was on May 22 to have a new crown. Incidentally, it was you-know-who’s birthday. Nope, not mine! Ironically, it was Sir Laurence Olivier’s! Was this a coincidence or an omen? I think not.

01/10/2019, 14:29 PM
Dr. Abadin and his staff always go above and beyond. Truly exceptional service. My expectations are always exceeded. As a current bride to be, I cannot wait to see my smile in all of my wedding pictures. Simply the best!