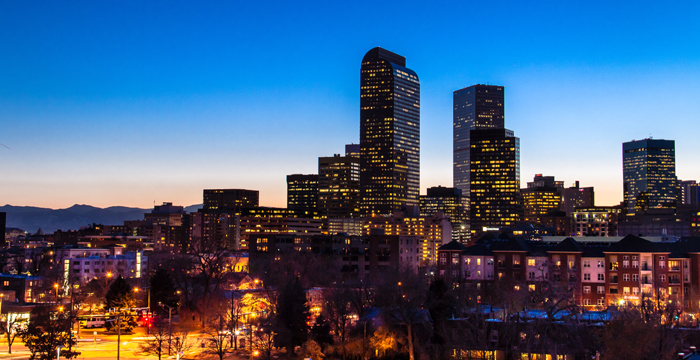 WHY CHOOSE BURG SIMPSON Founded: 1977 by Michael S. Burg Attorneys: 60+ trial lawyers, based in five offices in Colorado, Wyoming, Ohio and Arizona and providing nationwide legal representation Passion: To fight for peoples’ legal rights and hold negligent corporations and individuals accountable for their actions. Mission: To be Good Lawyers. Changing Lives®. To change peoples’ lives for the better by fighting for them in court and getting fair compensation. To give back to our local communities.

03/07/2022, 14:38 PM
Craig Nuss helped us out with hour construction defect when our builder didn’t want to correct the problem. He is professional and kind. Thanks Craig!

05/15/2020, 18:02 PM
Far to often we all read reviews about Big companies mispresenting or taking advantage of the little man. I would like to share my experience with the biggest company of them all Burg Simpsons. In mid 2017 I retained Burg Simpson to represent me for a work comp injury that I suffered back 2009. After several attempts in dealing with the work comp doctors and my personal doctor I reached a road block with bills over $12,000 and no help from my personal insurance company. I remember going online to see if anyone had the same problem and to see how they resolved it, my search led me to someone with somewhat the same problem and they hired an attorney so I searched work comp Lawyers and Burg Simpsons name was to the top, I called and schedule an appointment, I think I'm really a smart guy so i was feeling stupid explaining how i ended up here with back pain and medical bills that i cannot pay to strangers. But i got over it and I met John Connell and Marcela Rodriguez. Teddy Roosevelt said speak softly and carry a big stick ! That phrase fits John Connell perfectly,he was soft spoken but he had my attention, he explained what we were going to do and how we were going to do it. That year we went to court the Judge ruled in our favor over the insurance giants, in 2019 I underwent back surgery and it was successful, I returned to work few months after and in 2020 I got a large PPD award, totaling benefits to be a little over $100,000. If you are hurt and you need help call Burg Simpsons and ask for Marcela she's the best ever she is very smart and know her stuff. They are really good people changing lives.

03/05/2019, 05:25 AM
The ins and outs of Workers' Comp would make most people give up and drop the case. Stephan Marsh fought for me and got more than we'd expected for my shoulder injury. He really made me feel that I had worth when the other side was trying to make a mockery of my case. Thanks Burg Simpson for all you did for me!

01/18/2019, 17:50 PM
all my questions were answered in a timely manner I have referd other people to Burg Sinpson
Business Response:

Thank you so much for sharing your experience, Donna Martinez! We're glad our firm was able to help. We always appreciate hearing from our clients so don't hesitate to call us if there's anything else we can help you with. Cheers, Burg Simpson

Thank you so much for sharing your experience, Kristen Grant! We're glad our firm was able to help. We always appreciate hearing from our clients so don't hesitate to call us if there's anything else we can help you with. Cheers, Burg Simpson

Thank you so much for sharing your experience, Larry Frame! We're glad our firm was able to help. We always appreciate hearing from our clients so don't hesitate to call us if there's anything else we can help you with. Cheers, Burg Simpson

12/07/2018, 13:07 PM
Thank you so much for handling my case. Nick and Stephen you gents are amazing and I will forever grateful for your professionalism, knowledge and determination. Thank you for taking my case I know it was a major challenge, I dont think anyone could have anticipated how big of a fight it ended up being. Thanks for sticking it out with me and convincing me not to give up. I cannot imagine where I would be without your mad skills! There just aren’t words to tell you how grateful I am to you and your firm. Thank you!
Business Response:

Thank you so much for sharing your experience, Trace Taylor! We're glad our firm was able to help. We always appreciate hearing from our clients so don't hesitate to call us if there's anything else we can help you with. Cheers, Burg Simpson

09/05/2018, 03:26 AM
Our family is eternally grateful. Peter, Jake, Kris and others who worked extremely hard on our behalf for the last 2 years 5 months and 4 days. Thank you for finding us the remaining justice Mom deserved. She can finally rest in complete peace and we can move forward with our lives. God bless y'all. - Beth Johnson and C Burton Daughters of Carolyn Burton

08/02/2018, 16:43 PM
Stephan Marsh was my attorney over the last 2 years. He was very understanding and patient with my frustration. he worked very hard to resolve all my work comp issues and helped me keep calm during the whole process. I will highly recommend this law firm to handle any work comp case. Mr. Marsh is an amazing attorney and he treats you with the up most respect. Thank you for every thing that you have done to get my case resolved. Tommie