The Cantor Law Group is comprised of highly successful and well-known attorneys, representing people in all walks of life throughout Arizona and Nationwide.

06/20/2020, 11:06 AM
I have had the pleasure of working with Nik Boca as my lawyer during a very challenging divorce case. I would very highly recommend Mr. Boca for parents facing difficult custody situations. There are two key things that initially stood out to me in working with Mr. Boca that makes him an outstanding lawyer, and one that I would highly recommend. First, Mr. Boca has the ability to be both empathetic and highly rational- this has allowed me to make the best decisions possible thus far in my case. It is evident in Mr. Boca’s approach that he cares deeply about the outcome of the case and understands that my priority is my child and his safety. Mr. Boca was one of the only lawyers I spoke to who used my child’s name, and remembered facts about him, while many lawyers I interviewed at the onset could barely remember his gender. However, Mr. Boca does not let the emotional impact of my case drive our decision making. He is extremely well-versed on precedents and rulings in Arizona, so the advice he gives is practical and honest. Mr. Boca works to provide me with my options, while acknowledging the difficulty I face as a parent in making decisions during this time. While he always advises me on my options based on his immense knowledge, he also makes it clear that if I want to go a different route he will be very supportive and provide the best representation possible. Because of my confidence in his knowledge and experience, I find it easy to trust Mr. Boca and his advice. Because of his clear concern for myself and my child’s well-being, I believe that he will guide me to the best possible outcome. The second thing that stands out to me about Mr. Boca is his efficient and outstanding communication. He is very diligent about responding quickly, and is always available for questions I have. I appreciate the fact that Mr. Boca understands that having not gone through a divorce before, there are many areas of confusion for me, or areas that I would like to understand further. As a highly educated woman, I am not at ease in situations where I have little knowledge, but Mr. Boca is extremely patient in his explanations and never makes me feel like I am unintelligent for not already knowing the answer. Mr. Boca communicates in an honest and open way- so even if there is something I do not want to hear he explains the rationale or reasoning behind his advice. I also believe can tell Mr. Boca understands that some of his clients have faced significant abuse, and his calm demeanor and compassion are extremely helpful when one is taking the unknown step of divorce. I could go on and on regarding Mr. Boca’s handling of my case thus far- despite this being a terrible time, he has made it bearable, has allowed me to feel hope for mine and my son’s safety and well-being, and has helped me hold on to hope for the future. If you need a lawyer, I highly recommend Mr. Boca, and stress that he is honest, compassionate, rational, knowledgeable, and values families and finding the best outcome for them.

04/08/2020, 16:41 PM
“My life is back!!! After 14 years of Broken marriage, my husband left me and our two twins. I felt like my life was about to end i almost committed suicide, i was emotionally down for a very long time. but thanks to a spell caster called Dr Ehi whom i met online on one faithful day as I was browsing through the internet searching for a good spell caster that can solve my problems I came across allot of testimonies about this particular spell caster. Some people testified that he brought their Ex lover back, some testified that he restores womb,cure herpes and other sickness, some testified that he can cast a spell to stop divorce and so on. i also came across one particular testimony, it was about a woman called Sonia, she testified about how Dr Ehi brought back her Ex lover in less than 7 days and reverse the effect of their little boys cancer, and at the end of her testimony she dropped Dr Ehi 's e-mail address. After reading all these, I decided to give Dr Ehi a try. I contacted him via email and explained my problem to him. And in just 3 days my husband came back to me and we solved our issues, and we are even happier than before. Dr Ehi is really a gifted man and i will not stop publishing him because he is a wonderful man... If you have a problem and you are looking for a real and genuine spell caster to solve all your problems for you. Try Dr Ehi anytime, he might be the answer to your problems. Here's his contact {shomorikaspelltemple@yahoo.com} or WhatsApp him via his contact below +2349035080936 Thank you Dr Ehi.

04/06/2020, 15:58 PM
Cantor Law Group is exceptional. In this instance, it was Joshua Barreda (attorney) and Karen Silva (paralegal) who rose above and made a VERY ugly situation easy and relatively painless. Do NOT waste your time with anyone else. Come to these folks, they actually care. Thank you Josh and Karen. 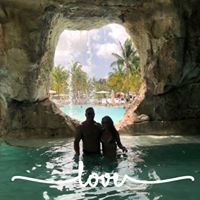 01/29/2020, 12:16 PM
Nic Boca is a stellar attorney that has the patience, knowledge, temperament, and ability to persevere through difficult situations and come out on top. He is no-nonsense and not willing to settle for anything, but what is right. He assisted me through a long and extremely difficult mediation process with my ex-wife. He was able to give me his honest opinion and provide specific examples of cases to give insight that guided me in the right direction. He didn't sugar coat anything and he kept me grounded when I felt overwhelmed. I would highly recommend him if you are looking for an outstanding attorney!

01/27/2020, 20:57 PM
I can not speak more highly of Nik Boca. I was involved in a family dependency case for almost two years. The impact it had on my family is indescribable. As you can imagine these situations can be more than just stressful, but have the potential to break the most resilient of persons. Nik was not only dedicated, but also professional, responsive and a wealth of knowledge in regard to the entire process, but was more than a lawyer; he was a true friend. He ALWAYS had my and my children's best interest in mind. Nik was prepared and rebuked all false claims made with his superior knowledge of the law. I ALWAYS felt like my family was his first priority. If you ever find yourself in one of these "impossible" situations, just know that no one will fight harder for you than Nik Boca. 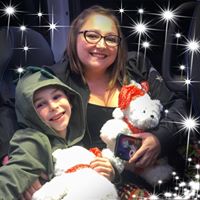 12/22/2019, 14:47 PM
Nik Boca strives to do what’s best for his clients. His knowledge and ability to get things done is unremarkable. He is passionate and will always go above and beyond your expectations. He will always answer your questions honestly and let you know what exactly it is your facing but most of all how he can help. 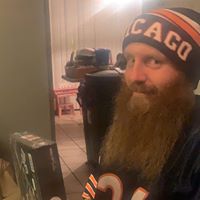 12/22/2019, 14:39 PM
Nik Boca is incredible . He is extremely passionate about his clients. Throughout our cases Nik always let us know what was going on, what our options were, and we rolled with it because we trusted his ability to get things done. He always made the stressful part of what was thrown at us calming. I know this sounds odd but it’s true. If it weren’t for Nik my wife and I would not have been able to adopt our nephew and nieces. We got the outcome we had hoped for and have never looked back. I without a doubt will always recommend Nik.