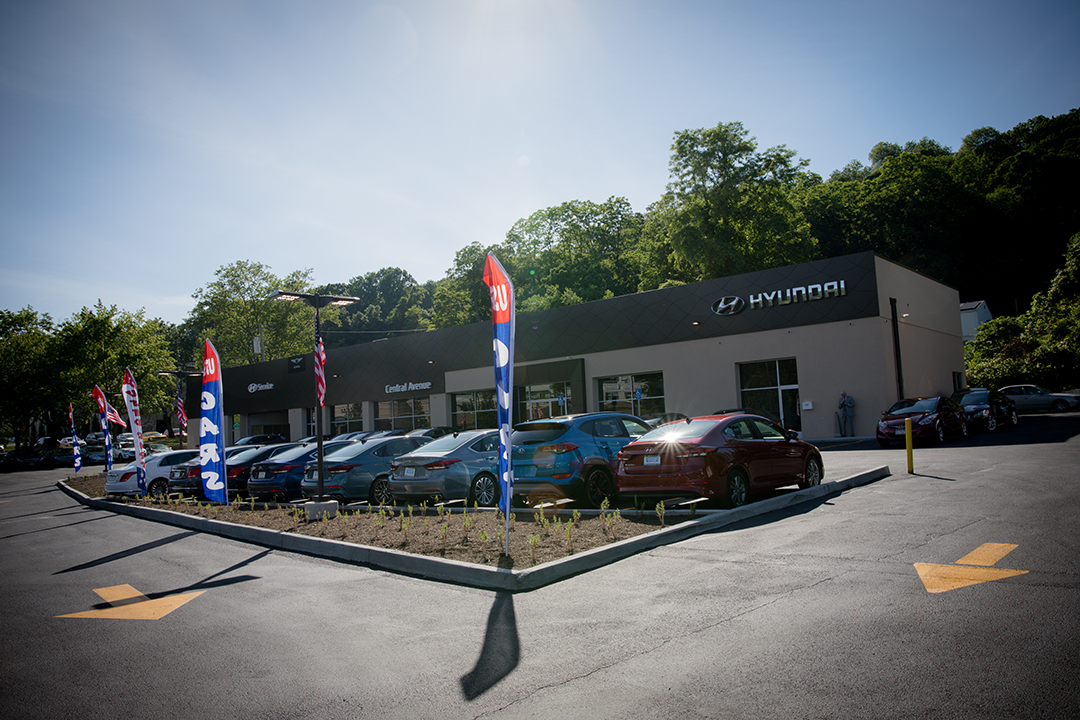 Welcome to Central Avenue Hyundai Central Avenue Hyundai in Hartsdale, NY treats the needs of each individual customer with paramount concern. We know that you have high expectations, and as a car dealer we enjoy the challenge of meeting and exceeding those standards each and every time. Allow us to demonstrate our commitment to excellence! We serve the following areas with a complete automotive experience: The Bronx, Hartsdale, Yonkers, Scarsdale, White Plains, New Rochelle, Mt Vernon, Irvington, Dobbs Ferry, Ardsley, Eastchester, Port Chester, Greenwich, Mamaroneck, and beyond!

06/10/2020, 19:59 PM
If I would have told you that I expected to be at Hyundai of White Plains last night (2/24) after getting a brand new 2015 Sonata 7 months earlier, I would have called you crazy. I was called by Levi during the day stating that someone was interested in my car and if I was available to speak about trading in and coming away with new car in the process. I was skeptical, especially since I had a horrible experience with trying to trade in my 2013 Elantra last year at the very same dealer. Last night proved that a dealership can change their perception and also proves that they can really work out an impossible deal. Upon entering, Levi automatically introduced me to the General Sales Manager, William and a much different tone was set. I laid out my intentions (I was very upfront about not wanting to trade in my car to inconvenience myself to make someone else happy) and instead of sitting while watching people run back and forth, I was spoken to with full details, and it was clear they wanted to amend past issues and wanted me back as a customer. Next think you know, I was test driving a '15 Sonata Sport Turbo, and after having a really good side conversation with Levi about my past experiences, I came back to speak with William who decided to give me an upgraded model for the exact same monthly payment. He truly made an effort to ensure I left happy. Levi was an awesome sales person who was upfront with me and took me step by step through the process. I think Hyundai of White Plains realizes that one bad experience means a lifetime of bad word of mouth and losing a customer that could potentially be a long term investment. They also realized that sometimes in order to win something back, you have to take a bit of a loss in the process. They impressed me, and I am happy to say that I'm once again part of the Hyundai of White Plains family. Thanks again to Levi and Will for a great experience!

06/02/2020, 11:02 AM
Disappointed Sat for 2 hrs DeShaun was Great Hot me yo the price I needed to purchase. Was a surprise for my daughter. Left deposit went over everything. Planned on coming back with her for the surprise All was done and just needed to pay rest of agreement. We qualified for a first responder and college grad incentive. Needed her transcript and my husband ID. We did the unveiling. She was Shocked! We were So Happy. Then told we were going into finance which I thought was just to sign. We all went in and then were told we needed proof that she was workings and needed a paystub which we didn’t have because I wasn’t told. Then we were told lease price went up $30. So in front of her after the unveiling we had to haggle over payment again. I felt it took away from her feeling Great and then feeling bad that we couldn’t afford it. It was Very Uncomfortable. I should have been told that the price a Agreed on could go up. But DeShaun was Great Sorry but it ruined the moment

03/27/2020, 05:09 AM
It could have been less frustrating! De-Shaun Jefferson made a difficult experience bearable. He is pleasant, knowledgeable and empathetic to his customers especially during this Coronavirus period. Hyundai is lucky to have DeShaun. There were times I wanted to leave because of DeShaun immediate manager however, DeShaun worked tirelessly to ensure that a common ground was met to achieve an amicable deal.

03/18/2020, 03:57 AM
I had scheduled a test drive of the car I wanted for a specific day and they contacted me to let me know that it had been sold. I will keep in touch with them to see if they get something in that I want.