Changing the way the world thinks about and eats fast food. When Chipotle opened its first restaurant in 1993, the idea was simple: show that food served fast didn't have to be a "fast-food" experience. Using high-quality raw ingredients, classic cooking techniques, and distinctive interior design, we brought features from the realm of fine dining to the world of quick-service restaurants. Over 20 years later, our devotion to finding the very best ingredients we can--with respect for animals, farmers, and the environment--is shown through our Food With Integrity commitment. And as we grow, our dedication to creating an exceptional experience for our customers is the natural result of cultiva

05/19/2018, 09:48 AM
Friendly staff and great variety! Staffs are friendly and very helpful to 1st timers. A great variety of meat, dressings, salad and burrito choices. If you're Asian, just order the kiddie meal as its more than enough. 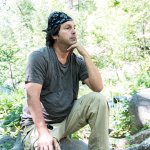 07/03/2017, 08:57 AM
Amazing Burrito! Even though that Chipotle has gotten their share of negative publicity the last few months, I tried not to think of that when I ate here over the weekend. I was starving and really in the mood for Mexican food. Chipotle is known for their custom burritos and they didn't disappoint. I ordered mine with chicken, rice, pinto beans, sour cream, and cheese. From casual observation the one large serving spoon of each ingredient didn't seem like much, especially after the server wrapped it up into a burrito. At that point it looked like its girth was large than its length. I figured that I would polish it off in three or four bites and be on my way.. Boy, was I wrong. The size is deceiving. I'm a guy and I could only eat 3/4's of it. I wound up wrapping it back up in the foil it originally came with and put it in my camper 'fridge for later consumption. The burrito was good. The flavors blended and complemented each other. I didn't feel like one ingredient overlapped the rest. All in all I was very pleased with my purchase and would definitely come again. 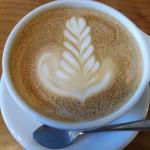 06/17/2017, 05:02 AM
No need to be afraid This Chipotle never had any food issues, but remodeled anyway. The lines aren't as long as they used to be, and there is indoor and outdoor seating (a couple of tables outside). If you like their food, it's a great time to go. They're much more generous with meat and guacamole portions, trying to win customers back. I've eaten at Chipotle over a dozen times since the outbreak, and never had an issue. I normally get chicken at most fast food restaurants, I find the beef barbacoa here exceptionally good. 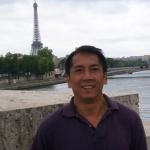 05/16/2016, 09:39 AM
A very nice representation of the brand A nice strip mall location. it was clean, and the service was good. The food was great, and well prepared. And the prices are fine. 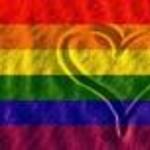 02/27/2016, 11:37 AM
Go for the sofritas I like this Chipolte and have been a fan since Chipolte started serving the sofritas (tofu). My regular order is a bowl with brown rice and veggies. The spicy salsa is pretty hot so I mix it with the mild. Their chips are decent but really not worth $1.95.

02/04/2016, 12:11 PM
I just had an AWESOME experience at this location. The staff and management were outstanding! Thank you! Hubby and I feel safe in your hands now.