Changing the way the world thinks about and eats fast food. When Chipotle opened its first restaurant in 1993, the idea was simple: show that food served fast didn't have to be a "fast-food" experience. Using high-quality raw ingredients, classic cooking techniques, and distinctive interior design, we brought features from the realm of fine dining to the world of quick-service restaurants. Over 20 years later, our devotion to finding the very best ingredients we can--with respect for animals, farmers, and the environment--is shown through our Food With Integrity commitment. And as we grow, our dedication to creating an exceptional experience for our customers is the natural result of cultiva 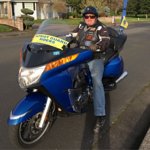 01/09/2015, 02:28 AM
This is my first time to a Chipolte and I went because one of my kids gave me a gift card for Christmas. I was pleasantly surprised with the three crisp tacos and my wife enjoyed her Burrito Bowl. I had Carnitas on two tacos and Barbacoa (Shredded Beef) on the other. Had some spicy red sauce, black beans, sour cream, cheese and Guacamole to top it off. My wife chose the Burrito Bowl to keep the carbs down hence no tortilla. She had the brown rice, pinto beans, lettuce, mild sauce, Shredded Beef and some other goodies. We shared a diet coke and all this for a reasonable price. We ate at Qdoba in Wilsonville a few days after it opened and it really wasn't very good but now that it's been open for awhile I'll have to try it again. Based on my QDoba experience I was quite happy with Chipolte. All things considered for reasonable price "fast food" sit down Mexican food I'd choose Baja Fresh first then Chipolte then Qdoba. Enjoy! 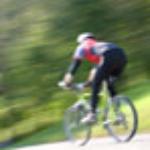 09/29/2014, 01:45 AM
The first thing I noticed was how tight the parking was. You'll see what I mean if you go there. Inside, the decor is underwhelming to put it lightly and you stand in a long line to order your food. The staff are working very hard to keep up with orders and sales, but don't seem to have time or interest in customer service. The menu is posted on the ceiling and you order off off that. The only quesadillas on the menu were under the kids menu. Since I wasn't very hungry I ordered a meat quesadilla and they made me one without asking any questions. When it came time to pay they charged me $2.50 more than the one on the menu and didn't give me the drink and chips advertised. When I asked the reason, they said this was a full sized quesadilla, not a kids size. I asked where this full sized quesadilla was on the menu and where the price was listed. They told me that it wasn't on the menu. So when i asked for a meat quesadilla, instead of making me the only one listed on the menu over my head, they made me one which isn't listed on the menu and I was supposed to magically know about. So I was stuck paying $2.5 extra and the quesadilla was (in my estimation) fit for a kid. It was about half the size of the entree my companion bought for the same price and had nothing on it but cheese and way-to-little meat. My suggestion to management - when someone orders something, assume it's the one listed on the menu that they know about. If there's another (more expensive) version of the same item that's not listed on the menu, let them know and ask what they want instead of just giving them that and implying that they should have known you'd give them something not on the menu. Anyway - my companion's chicken salad was good and what she expected which is why I'm giving this place 3 stars instead of 1 or 2. The other reason is that you could make the case that I shouldn't have ordered something on the kids menu. My reply is that I do it all the time at food joints when I'm not very hungry and have never had an issue before. The food is pricey for what you get. The steak in my quesadilla had a lot of fat and gristle and I had to spit a lot of it out. The chicken on my companion's salad was not bad, and luckily she let me eat half her entree :-) so I didn't leave starving. Their guacamole was fantastic - some of the best I've had.