10/04/2018, 04:06 AM
Jose helped me and my husband refi on our home. We went from a FHA loan to a VA loan. Jose knew exactly what was needed to make the VA loan as smooth as possible. We had a fast close from start to finish. If you are looking for a knowledgeable loan officer, Jose is your guy! 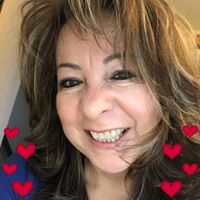 09/29/2018, 19:15 PM
Eric was very communicative during the whole buying process. He took the time to explain and made time with my hectic work schedule. He went above and beyond. 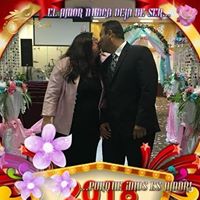 09/15/2018, 12:16 PM
Jose worked hard to get us our dream home! He responded to our questions quick. He was very knowledgeable. He knew exactly what needed to be done to be sure we closed on time! We would definitely recommend Jose.

08/23/2018, 05:04 AM
Loan process can be frustrating but they made it 10x worse. Save yourself some trouble and find someone else. I would not recommend them, they do not know the meaning of GOOD FAITH ESTIMATE. I received multiple estimates with different quotes and I attempted to close four different times, they will cheat you if you do not pay attention to the numbers!! They will also put the blame on you, they do not answer questions properly. I had the chance to work with Stephanie Garcia, she is so unprofessional and it seems like she does not have any knowledge in this field. I also got the chance to speak with Jorge the “owner” and he was the first one who kept making mistakes and giving us different estimates then I would talk to him on the phone and he would tell me he will fix it and then I would receive a different email from Stephanie saying something different from what the conversation was about. I was supposed to receive $8000 for sellers credit and after asking them multiples times to send me the final estimate prior to the third attempt to close I noticed that they only gave me credit of $7084 and when I questioned that they came up with a ridiculous answer. Stephanie also cancelled my closing two hours prior to the time set to close. For the fourth attempt to close, we noticed that the seller credit was less at $6700 so my husband and I refused to sign until it was fixed. Finally we got the right numbers and we ended up closing and bringing $1100 less for cash to close. SO PLEASE READ NUMBERS, EVEN BETTER DO NOT USE THEM SO FIND SOMEONE ELSE. There is a lot of people that are willing to do business with you and they will make you feel like they are doing you a favor. I will definitely complain to the Better Business Bureau and ever other company that I can and I will post this review in every website that I can so I can prevent others from going through the miserable process that I went through with them.

08/14/2018, 09:16 AM
My experience with City Lending Inc. and Senior Loan Officer and Branch Manager, Sergio Vermejo was the best ever, very professional and knowledgeable, even with difficult buyer’s scenarios. Most of the time we got CTC before closing date and many listing agents were very satisfied when they interact and contact Sergio, he always is available over the phone, text and emails at anytime. I gave them 5 ⭐️ ⭐️⭐️⭐️⭐️

08/03/2018, 07:52 AM
This lending company is beyond unprofessional. They drop the ball last minute with no communication at all. They have excuses and do not return emails or phone calls from anyone. This is not the first time they have not had loan commitment on a file on time for closing. Plenty of buyers and agents have had the same unpleasant experience. Buyers Beware and DO NOT use this company for a pre-approval. Agents DO NOT accept an offer with this company as a lender. Also over half of the staff does not speak English. They are a complete waste of time and money when you use them. I would strongly suggest the employees close up the office and go work at WalMart instead. Let's see who the main players were: Jorge Campodonico (Chief Operating Officer), Pier Laino (supposedly is the manager) Jose Moreyra (Loan Officer) and lastly Jo Ann Sosa (Processing). This word needs to get out and will be writing reviews on every site so people are warned. BBB needs to be notified and the Consumer Financial Protection Bureau. This will be blasted all over social media so consumers can understand the severity this company and it's employees cause to their clients and others involved. They provide loan approval letters to anyone with a pulse and they can't come up with an answer when it is found to be a problem. Their loan approvals are not worth the paper it is written on.