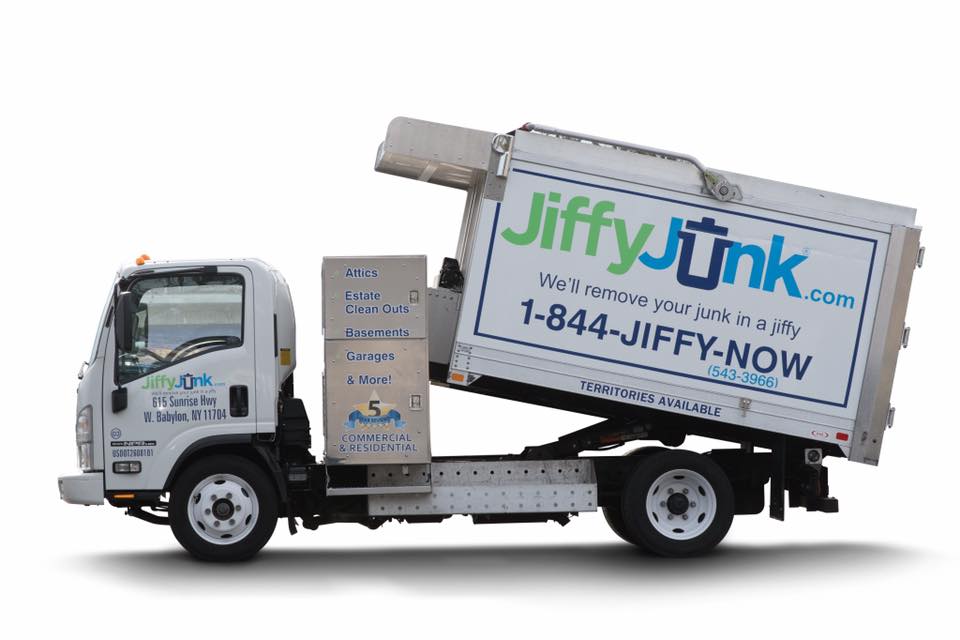 We Remove and Haul Away Your Junk Cleaning out apartments, homes, garages, attics or offices can be dirty, physically tough work. Don’t expose yourself to back strain, allergy issues or other problems. Our teams are equipped to handle these jobs – we have the safety gear to protect our employees while they clear out dusty attics or moldy basements. We also have the equipment and vehicles to haul away even the heaviest furniture or appliances. Save yourself the trouble by calling us the next time you need junk removed from any property. All you have to do is schedule your appointment with our office; our professional team of debris removal experts will do the rest. There is no job too big o

11/28/2016, 15:24 PM
The guys were very courteous and professional, and went out of their way to be helpful and accommodating. I highly recommend them. Removing heavy furniture and other items from house prior to move.

10/20/2016, 16:17 PM
The response was great and the ability to do it over the phone was awesome because I didn't need to carve out time just to get a quote. I contacted the above named company for debris removal. I was able to get a quick quote over the phone by sending pictures of the debris. I was glad that I didn't have to waste time making an appointment.

10/13/2016, 16:54 PM
Everything went as planned. They truck was 1/4 filled and went a little over. I bought the $159 deal on line. There was extra $50 charge for going up to the attic and $75 for the overfill. I would definetly have them come again as they were very careful and polite. The Jiffy Junk team removed about 20 old storm windows and screens left in attic by a previous owner. They also removed 3 old bed frames and 10 boxes of books, etc.. The team was careful and quick. They were finished in about one hour. They even broom swept up the attic when they were done.

10/11/2016, 09:02 AM
It went great. They came early to give a free estimate and were able to take the items away immediately after. The crew was polite and worked quickly. We needed a variety of bricks, stones and other miscellaneous yard items removed.

10/09/2016, 02:49 AM
Call and spoke to Jiffy Junk to set an appointment and they had the time available. Myrvin and Estaban were a little late due to traffic but no worries at all. We though we would need a 1/4 of a truck but ended up needing an entire truck and man.... did they pack it completely full. They were very professional and communicated very well and kept us apprised for the entire project. Would definitely hire and use Jiffy Junk again!!!! Just moved in to a new house and needed to clear out previous owner's items left behind.
Business Response:

Thank you for choosing Jiffy Junk, we greatly appreciate the opportunity to have worked for you!

09/24/2016, 17:33 PM
Jiffy junk was amazing and totally accommodating. I purchased a 1/4 truck and called jiffy junk to arrange pick up and they were able to accommodate me within a couple hours. Myrvin and his crew came in quickly and loaded the truck within 20 minutes. He was courteous and friendly. I would totally recommend them for any large garbage hauls. Great job Disposal of old carpet and mattress
Business Response:

Hi [Member Name Removed], we are glad we were able to remove your items in a Jiffy!