11/28/2017, 18:13 PM
Heartwarming and Overjoyed. Mr.Ali and his dedicated staff has provided me and my family with the peace of mind by the excellent quality services and in a timely manner at that... Tho my journey has been long,The Law Offices Of Zulu Ali has given me the confidence and encouragement to keep pushing through it all. Thanks Mr.Ali and Your dedicated staff. 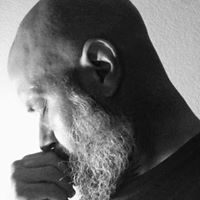 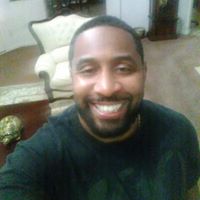 04/14/2017, 14:46 PM
Best attorney I have ever met along with the team. Family oriented office, they fight real hard for their clients, and most of all the care about their clients. I honestly I recommend every one Mr. Ali and Maleha and associates. The best Law Office, they fight for you.

03/15/2017, 11:34 AM
Attorney Ali and his staff are very courteous, professional and helpful. He helped our entire family obtain our immigration petitions. I highly recommend Attorney Ali.

03/10/2017, 18:43 PM
You will not be disappointed! Honestly, Mr. Ali was a God sent. I’ve been dealing with a very messy family law case that was reopened back from 2008. On top of that a civil law case, which were all brought on by my ex-husband. 2 courts one very vindictive ex-husband! I went through various legal aids, self help resources and lawyers and non of them wanted to deal with the complications of a dual case let alone matters that were reserved years ago in family law court. Unfortunately because of that, I was passed on like the problem child and worse, given bad legal advice to quickly get rid of me, that ended up being very detrimental to the case. Ironically, I came about finding Mr. Ali after such a lawyer decided to drop my case 2 days before a civil hearing!! This only after his office strung me along for 3 weeks prior ensuring me that he would pick up my case as soon as he returned from vacation and I paid my retainer! Not surprisingly that same lawyer dropped me 20 minutes into our first and only phone conversation and billed me $477 for a phone consult. By now it was after hours and I just got dumped by a lawyer. I didn’t have representation and I haven’t filed anything with the Court, depending of course that the lawyer was handling all that. If I couldn’t find a lawyer, my only plan was to go into Court, explain what happened and hope that the Judge would grant an extension. In my panic, I frantically called every lawyer in my surrounding areas. True to his dedication, Mr. Ali’s was the only one still in his office working and I was asked to come in right then and there for a consult. Upon meeting Mr. Ali, I was impressed by his professionalism, mannerism and extensive knowledge. To my surprise, Mr. Ali didn’t even flinch like the others as I rambled on about all the events that had unfolded and he agreed to represent me in my upcoming civil hearing. He also agreed to take on my family law case. His office handles multiple practices and they are very proficient in all of them. I was beyond relieved that Mr.Ali wasn’t intimidated nor turned off by such a messy case and the hours that will have to be devoted to it. He is very sincere and it was apparent that his main focus was to advocate for me and my daughter and not gauge me with frivolous or exuberant fees. Mr. Ali is not about money, his pursuits are genuinely because he wants justice and to fight for his clients. Mr. Ali is very humble, approachable and patient and makes sure that I understood what was happening and what to expect. But don’t be fooled he’s very passionate and assertive and will definitely show his teeth to defend you! He's very strategic and prepares himself so he's not caught off guard. He will gladly hear your input and concerns and not dismiss your feelings or fears. Overall I can’t thank him enough for his time and willingness to see my case through. I haven’t even mentioned his staff and associates. They are beyond hospitable, supportive, attentive and diligent. They will advocate for you just as much as Mr. Ali. When you come into his office, you really do feel a sense of security and cohesiveness. But above all, like you’re among close friends and family. That day I retained Mr. Ali. It was the first night in 6 months where I was able to sleep.

11/17/2016, 10:25 AM
Attorney Ali is compassionate, professional, knowledgeable and understanding. The whole staff is amazing!! What more can you ask for!!