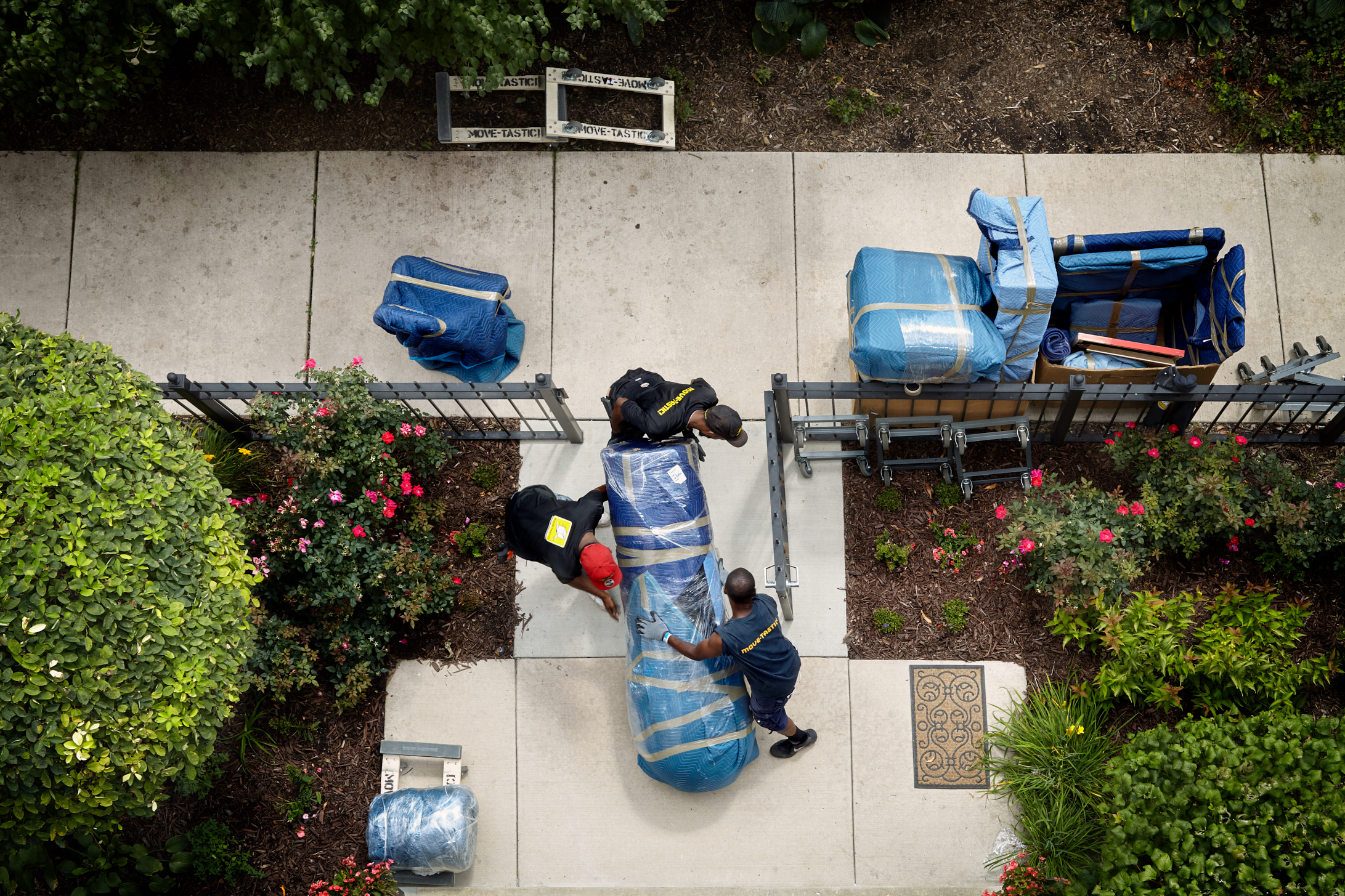 MOVIN’ AND GROOVIN’ SINCE 2007 Move-tastic! represents the pinnacle in positive moving experiences in Chicago. Each member of our team undergoes a rigorous training process to ensure that our clients receive the most enjoyable moving, packing or storage experience possible. Our growing crew of fit & friendly Chicago dudes strive to handle every move with safety, speed and courtesy. We hustle hard so you don’t get hustled!

02/11/2017, 13:30 PM
MOVE-TASTIC does it again! :-) My 3-man crew: Keith McCurley, Martrell Brownlee, and Kelvit Hawkins were fantastic! They were efficient and professional from the beginning. This is the second time my husband Mike and I used Move-Tastic! They really live up to the name! They moved, disassembled, reassembled, and placed our belongings in record time: 4.5 hours instead of the estimated 6 hours. Keith explained the contract before they began work and listened to both my husband and I when loading and unloading the truck. Moving is already a stressful situation and they made the process an easy one! HIGHLIGHTS: - Easy quoting/booking process - Great customer service over email, phone, and in-person - Professional phone call prior to arrival - ON TIME (called before appointment time!) - Professional and courteous communication - Great listeners and customer first attitude - Took control of the move and made stress free for us - Performed move effortlessly and with care - Out-performed the quote! In summary, from beginning to end Move-Tastic does the job right! They offer a very professional service and with a sense of humor! Great advertising. I would use them again and again and highly recommend them to family & friends. Thank you Keith, Martrell, and Kelvit!!! You made my week!
Business Response:

Glad we were able to help out. Thank you for the review, Kristine!

01/29/2017, 05:27 AM
My move today was amazing and the movers did a wonderful job. They were professional and efficient and on time. Everything was carefully packed, thank you!!

01/08/2017, 11:17 AM
Excellent communication skills from booking to finish. On time and courteous. They had our 1 bedroom to 2 bedroom moved in 3 hours. Karl, Lance and Marco were true professionals. Will recommend them to anyone who will listen!! Great job and thank you.

12/07/2016, 00:31 AM
We booked Move-tastic! after a personal referral from a friend who recently hired them for a big move. We moved from River North to Logan Square and were very satisfied. Our journey began by submitted a estimate request on the Move-tastic! website. The form was very thorough and even included an itemized list of the contents. We received an estimate for a three-person crew to take between three and five hours to complete. On the morning of the move I received a courtesy call from Jason M. about an hour before the scheduled arrival at the first location, which was awesome. Jason and his crew, Mike Y. and Lamont P., arrived promptly at 9am as promised. The first location, our old condo, does not have a loading dock and instead offers a 15 minute flashers-only loading zone. When the crew arrived there were some vehicles parked in the loading zone so they had to circle the block a few times. The guys were very understanding of this hiccup and eventually parked the truck further up the block to get started with the loading. I kept an eye on the loading zone and let Jason know when there was room. He was quick to jump in the truck and make the move to a more ideal spot in front of the building. After that issue things were smooth sailing. The crew moved all the boxes out to the truck first then began wrapping all furniture and loading it into the truck. I was very impressed with the level of care they took in wrapping the furniture. I believe it had something to do with the amount of insurance we purchased :) Jason was very open, and in the end accurate, about sharing an estimate for when the loading portion of the move would be complete. We had to leave the first location before the crew was done loading in order to meet a cleaning person at the second location, our new condo. Jason was very accommodating and agreed to take responsibility of locking up the first location before departing and driving to the second location. The second location has a policy that allows movers and delivery trucks to park in the alley behind the building and access the elevators through the garage; we did not have the same parking trouble from earlier in the day. I received another courtesy call from Jason about their estimated arrival at the second location. The crew showed up when expected and immediately began unloading. The whole job took 4.75 hours to complete and the crew was working hard the whole time. Additionally, they were very polite, professional, and in good spirits. We exchanged some jokes and stories along the way. They were not shy about sharing feedback about our preparedness with the move, and even offered some compliments. We will definitely contact Move-tastic! first for any future moves.

12/01/2016, 15:38 PM
This was my least stressful move ever! My team (Booker and Anthony) was fast, efficient, meticulous, professional, courteous, funny -- I could go on and on. I will recommend Move-tastic to everyone.

10/03/2016, 19:49 PM
We had the Morgan truck and the 4 crew mates were Martrell Brownlee, William Brown, Davon Turner, and Peter Gajewski. Moving is never a really pleasant experience, but these guys made it so much more enjoyable! They were so friendly and energetic. My husband and I kept saying how we couldn't believe how quickly they moved our heavy books out of our old place. They were so thorough with wrapping our furniture. Everything made it to our new condo in tip top shape. Thanks guys!
Business Response:

Thanks for spreading the good word Abby! And we're glad to hear Martrell and crew were able to make moving day FUN!

09/29/2016, 15:18 PM
Just completed our move & Move-tastic was great. They showed up on time & were very efficient. Special shout out to Booker, Lance & Fred who know their stuff. I don't plan on moving for a while, but I'll definitely recommend Move-tastic to all who are.

08/31/2016, 13:30 PM
I have used Move-tastic! twice, once earlier this month and once last year. During both moves, the crews were super efficient. For this month's move, the crew completed a one-bedroom move from Ravenswood into a storage unit in Logan Square in less than two hours, which should have been impossible. They also packed the storage unit really efficiently. In addition, their rates are consistent with those of other Chicago moving companies. All in all, they are simply awesome!
Business Response:

Thanks so much for the kind words Jennifer! We'll be sure to let you crew know how happy you were with their work and we'll give em all big high fives when they get back to the lot!