Newman Windows & Doors specializes in impact resistant window replacement in Palm Beach and all of South Florida. Nothing can add value and comfort like impact glass windows. The inside of your home will look better and new windows will dramatically improve the appearance of the outside of your house. In addition to their safety benefits, impact glass windows are extremely energy efficient and will help you save on all your cooling bills. Hurricane and storm damage can be minimized with hurricane impact windows. Many of Florida's homes need shutters and protective systems installed every time a real threat of hurricane is near. Impact glass needs no shutters or protective covers to undergo

09/02/2020, 10:05 AM
I can't say enough wonderful things about Newman Doors and Windows. Highest level of customer service and quality. Ever single person we met, either on line or in person was there to help us. Best prices AND best quality! How often do you see that in one company?
Business Response:

Thank you Judy for the great review! It was a pleasure to work with you. It makes us so happy to hear that we not only delivered, but maybe even exceeded expectations. We value your support and business and we look forward to working with you again in the future.

06/12/2020, 06:41 AM
We engaged Newman Windows and Doors after another outfit dropped the ball on us. Our project involved 25 openings, including two hinged and two sliding doors. The folks at Newman gave us an estimated installation time, but called several days ahead and asked if they could come early. Of course they could and got all but one window installed in four days. That one window was incorrectly sized (I understand it was their fault) and so it was another three weeks before they came over and installed that last one. And then it took a week to schedule the inspection, and then another week for the finishing touches (installing decorative covers). The guys came on time, protected the furniture and cleaned up after themselves each day. All of the windows and doors work well, with no residual 'sticky' or hard to open or close items. Of course we won't know until we have a weather formation with a name just how strong their product is, but all of the windows came with a label attesting to its strength. And the county inspector looked at all of the windows and doors and muttered to himself how he could find nothing they had done wrong. The cost of this job was incrementally more (about 5%) than the fly-by-night that left us in the lurch. Worth it.

05/05/2020, 13:23 PM
Love Newman Windows & Doors, had my townhouse done this year and they came out beautiful!! The owner made sure I was happy and the workers come out and made sure everything was perfect!! Will recommend them to everyone I know!!
Business Response:

Thank you Linda! It looks great! It was a pleasure working with you 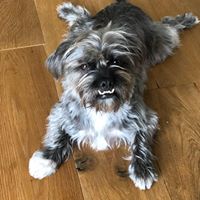 12/17/2019, 07:54 AM
From the estimate through the final install, Newman W&D was professional, punctual and provided great communication and customer service skills beyond the call of duty. Chris our Project Manager was phenomenal- onsite bright and early everyday, provided updates, timelines and was friendly in doing it. Total pro. The only bad news is I don't have any more windows to replace lol. They did a great job of trying to limit the inevitable mess and made sure each day, when finished, the house was livable as far as tools etc being put away. I highly recommend this company and their crew.
Business Response:

Thank you so much for the recommendation! It was a pleasure working with you!

11/17/2019, 08:06 AM
They installed the windows in a professional and timely manner but they left a long fracture line On the drywall in the inside of the sliders. We patched it ourselves with calk. Since then we have heard others complain about issues left after installation. The windows look good & we hope there will be no further issues that show up for us.

11/01/2019, 12:24 PM
I am so happy I chose Newman Windows & Doors to remove & install my sliders and windows. The office staff was knowledgeable, friendly and guided me through the whole process. Their workforce was professional, courteous and considerate of my home. A plus to Newman!
Business Response:

Thank you! It was a pleasure doing business with you. We hope you enjoy your new impact windows and doors. 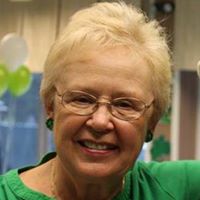 09/24/2019, 07:10 AM
What a wonderful experience! I had 5 windows installed yesterday. Installers arrived promptly at 8am and they were finished and cleaned up at 4pm. Attention to detail was terrific and I am one happy customer! I highly recommend this company. :)
Business Response:

Thank you Dorothy for recommending us! We are so pleased that you are happy with your new windows. It was truly a pleasure. 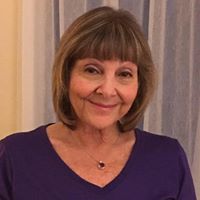 08/09/2019, 16:59 PM
Newman gave us a very fair price and excellent product (windows) for our job which consisted of converting of our screened in porch to a glassed-in room. The service from day one, right through installation, was professional, courteous and knowledgeable on the part of every person with whom we were in contact. The workmanship was excellent and performed professionally and according to schedule. The crew was quiet, considerate of our home and left it spotless. We would not hesitate to recommend Newman Windows & Doors! A+ for a job well done!
Business Response:

Thank you Jill it was a pleasure working for you.

08/09/2019, 01:08 AM
****** gave us a very fair price and excellent product (windows) for our job which consisted of converting of our screened in porch to a glassed-in room. The service from day one, right through installation, was professional, courteous and knowledgeable on the part of every person with whom we were in contact. The workmanship was excellent and performed professionally and according to schedule. The crew was quiet, considerate of our home and left it spotless. We would not hesitate to recommend Newman Windows & Doors! A+ for a job well done!