Prepared and Accessible Legal Representation With over 20 years of experience in a wide range of personal injury and wrongful death cases, the Law Offices of W. Jeff Paradowski is available to help individuals and families obtain the maximum amount of compensation possible in their cases. We are a Texas law firm conveniently located in the heart of College Station, close to local courthouses and public transportation, serving Bryan/College Station, Central Texas, Houston and Austin as Personal Injury Attorney. As a firm, we understand the importance of providing clients with professional, understanding, and accessible legal representation and we are available to our clients' immediate inqu

10/12/2018, 02:46 AM
Working with Jeff, Stacy and the rest of the legal team at Jeff Paradowski was such a pleasure. I remember from the time this process started. On January 12th, 2018, my apartment was burnt down due to an electrical fault. I was still in shock from the fire incident. Jeff came over to my temporary apartment (after an announcement at his church by my co-worker, who is also a close family friend of mine) to give me his word of encouragement. Jeff's visit meant alot to me...I had lost all my belongings in that fire...for the next few weeks the only clothes I had were those that Jeff brought me. He told me that all he wanted was to look out for a brother. Then the legal process started. Jeff, Stacy and the legal team at Paradowski made sure that they put their foot down with the apartment complex staff to see to it that I was no longer inconvenienced by instructing them to let me stay in that furnished temporary apartment until my legal case was fully resolved. The above two actions from Jeff Paradowski made it possible for me to begin rebuilding my life, literally. Without this support the rebuilding process was going to be extremely difficult. During the legal representation, Jeff Paradowski Legal firm made it very clear to the apartment complex insurance company that they were not going to get away with this case until just and fair compensation for property lost during the fire incident was given to me. Jeff and his legal team were always response to any questions that I had on this case. They also gave me timely and competent legal guidance throughout this process. Several months later, a very good settlement on my behalf was obtained by Jeff Paradowski Legal Firm from the apartment complex insurance company! So, to all those that might be in a similar position like myself or indeed are in need of any legal representation, I strongly recommend Jeff Paradowski Legal Firm.

10/03/2018, 20:10 PM
I received the best service ever. I was always undated when new information had arrived. The office staff Janet & Ashley really knows there job & show that they love what they are doing. The receptionist was great as well. I recommend Jeff Paradowski Law Office to everyone I know. They are the best! Thanks, Beth Donovan Brown

Thank you so much for your kind words! 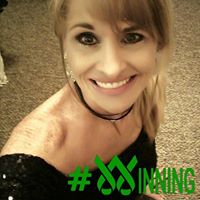 07/28/2018, 22:07 PM
Very pleased with everything y'all did for Stephen Summerlin. I was extremely happy with the fact that Ashley explained everything to me regarding the process of what was happening step by step. The entire family thanks you very much, and thanks to Judge Bryan for the recommendation! 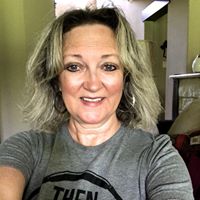 07/06/2018, 11:52 AM
They are the best!! After my husband passed away from surgery I was lost! At a time when you are grieving they walk you through it all with compassion. Very knowledgeable about how everything is done!! I would recommend them to everyone!!

05/21/2018, 13:16 PM
Jeff and Janet were so great in helping me get everything settled with an out of state wreck and really were lifesavers! I will definitely be using them again if (God forbid) I get into another accident. Thanks for all y'all did!

04/04/2018, 10:39 AM
Jeff Paradowski and Janet were amazing in helping me get through my two car accident cases. They were very professional, kind, and hard working through the whole process. I fully trust they did everything they could for me and I am extremely happy with how they handled everything. I absolutely recommend Jeff!

03/08/2018, 07:12 AM
After my parents were in a car accident, Jeff Paradowski and Janet Divin were an invaluable asset to my parents and me. Every step of the way the staff explained what they were doing and how it was being done. In addition to that, Janet would call just to see how my Mom and Dad were doing. As their daughter, I felt like my parents were getting not only great legal services, but compassionate care, as well. From the beginning, I have felt the way they go about doing business is very aggressive, yet ethical, and I appreciate all they have done for us. I would definitely recommend them to anyone seeking legal council.