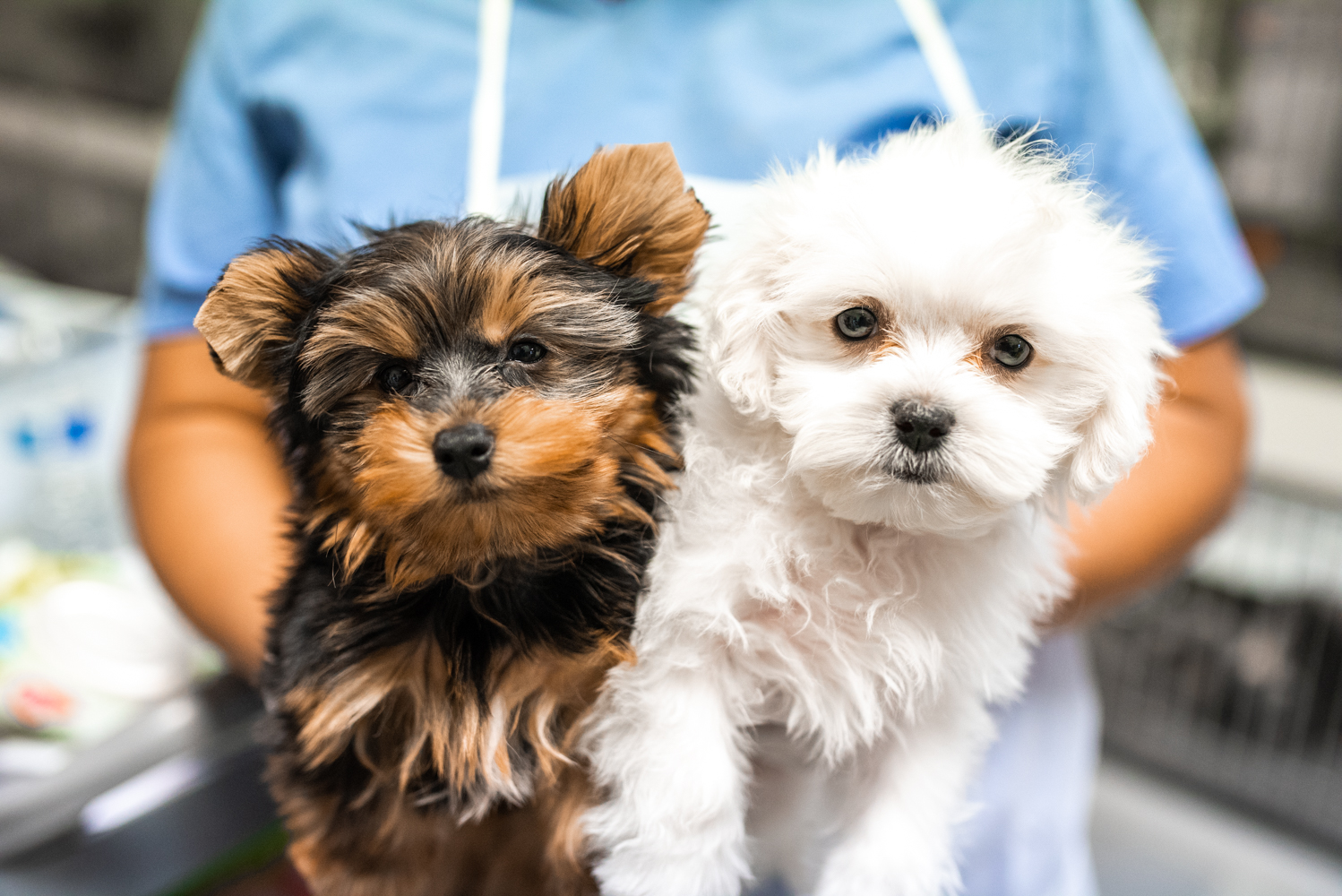 Established in 2006. Puppy Boutique Las Vegas pursues high standards in sourcing puppies from breeders. Our team personally visits kennels and always on the look out for a better one. We want to make sure our breeders have over-sized housing, 24/7 indoor and outdoor access to play yards, well socialized and are kept in a temperature controlled facility with heated floors and natural lighting. Our breeders have a retirement program for their adult dogs in about 5-6 years and we re-home them. Our puppies are transported ethically by a transportation company from our breeder's facility to our pet store. We have the widest selections of high quality fellow puppies in the Valley – from toy bre

03/23/2013, 03:16 AM
Over the years, our family have been getting our puppies from Puppy Boutique. To this date, our whole clan...cousins, aunts, etc have gotten 14 puppies from this pet store. This is the best place to get one. They have the healthiest puppies...and the staff is so helpful and very informative. I highly recommend this place

08/31/2012, 11:14 AM
We have now adopted two puppies from the Puppy Boutique - one in March and one in August (2012). Yes, we loved this place enough to go back! The owners care about the pets and are very knowledgeable. The animals are well taken care of and we have been very happy with the entire experience. They also have a great selection of puppies and do not support puppy mills. I highly recommend Puppy Boutique Las Vegas! I see the other reviews are from 2009 - I don't know if the shop had a different owner then or what, but I had a completely different experience than the rest of the reviewers. The puppies get regular vet care and part of your purchase includes 10 additional days of vet care.

03/02/2012, 06:11 AM
We love this place. They have a lot of repeat customers and we are one of them. We got 3 puppies from them and they are THE BEST...Thanks Puppy Boutique. We will continue sending business your way:-)

12/29/2011, 04:47 AM
I've been checking on reviews at local pet stores for quite awhile now- my family has been wanting to get a puppy as an addition to our family.We are open in getting one either directly from a breeder, a pet store, or the pound. We've been to a few pet stores several times and I would say this store is the cleanest one we've ever been to. We've always refused to hold a puppy since we know that we may wanna take one home-we are NOT READY for the RESPONSIBILITY of having one-not just yet since we know that one way or the other-eventually they CAN get sick. I have nothing against pet stores, breeders or pounds. I would say that it is normal for any live animals to get sick-either kittens, puppies or other pets-since they are living creatures,just like people, especially the young ones since they're like babies also. I am not saying that I am pro pet stores, but I have nothing against them too. For now, we are settling for stuffed pets-I guess until we're ready to face the responsibility.

12/16/2011, 00:45 AM
LOVE THIS PLACE We got three puppies from them already. Chocolate Lab in 2006; Black Lab in 2010 and a Cavalier King Charles about October this year. They are 110% healthy, and still are, so perfect. Our bundle of joy - they have brought sooooo much laughter and happiness to our family. The best puppy store weÂ¿ve ever been to. Excellent people too. We HIGHLY RECOMMEND this place - Thanks PUPPY BOUTIQUE - we are constantly sending business your way.

08/02/2011, 06:09 AM
This is one of the best in Las Vegas. I've been to the ones at the mall and they over price their dogs. This shop also has the best selection I've seen. From Keeshonds to Chihuahuas. I bought a Grey Hound and she has the loveliest personality. I also was able to get back ground information on the parents and talked to the breeder. Other people claimed they get their puppies from puppy mills. Not true!!

01/13/2011, 06:26 AM
Fantastic is a great place to buy a quality puppy or bring your dog for a wonderful grooming experience. Paul and all the staff here are very professional, they treat every companion animal as one of your family membersI urge everyone in the Las Vegas area and beyond to trade with Fantastic for a good service and help with all your pets needs.

02/05/2010, 12:08 PM
great dog search engine The Puppy Boutique website is just what I was looking for when I decided I wanted to get another dog to add to the family. They are a centralized place that can point you in whatever direction you need - breeders, care tips, rescue dogs. I thought their site is very informative and gave me access to a whole bunch of links in one spot. They saved me a lot of time.