Are you interested in exploring options for plastic surgery or cosmetic surgery in the Las Vegas and Henderson, Nevada area? Yes it would be life-altering. By reviewing your options carefully you can find the plastic surgeon who can help you achieve excellent results. Dr. Himansu Shah of the Signature Institute of Aesthetic Sculpting offers a variety of cosmetic surgery and procedures from his professional cosmetic surgery office to help you improve or even totally transform your appearance. 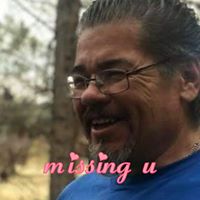 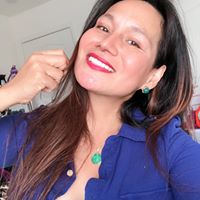 06/10/2020, 10:07 AM
Sorry for the lack of updates - time sort of got away from me! I'm now at the 3 month mark since my surgery, and have pretty much healed up. Still have some bruising in a few areas and a some unevenness and bumpy spots, but overall I think things went fairly well. I expected that I'd have some loose skin due to my prior weight loss, but even that tightened up better than I had expected. I've posted my pre-op / 12 week comparison photos so you can see the transformation. I'd do a few things different with my after-care (buy the foam post-lipo pads on amazon!), but overall I'd do it again, given the cost, discomfort, recovery time, etc.

06/10/2020, 08:17 AM
Today I had VASER liposuction performed by Dr. Himansu Shah in Las Vegas, NV. I'm a 43 year old male, 5'6" tall, 168 lbs, 21.5% body fat. After losing 50 pounds over the past 4 years through diet and exercise, there were still a few very stubborn areas that would not go away. Tried CoolSculpting on these areas with moderate results, but one of the unfortunate side effects was that my abdominal fat pad became a bit more dense following a few rounds of CoolSculpting, so it seemed lipo was likely the only way to deal with it. The procedure was done in office under local anesthesia and a mild sedative (diazepam). Areas treated were upper and lower abdomen, anterior / posterior flanks, and lower axilla area. I have a relatively high tolerance for pain, so keep that in mind as I describe pain levels etc. There was a bit of discomfort when the tumescent fluid was being injected into the incisions, but once the initial couple of injections were done the rest were pretty tolerable. There were a few sensitive areas - primarily top of upper abdomen near my ribs, flanks, and around my belly button. Feeling the cannula being run thru the fat layer under my skin was weird. The ultrasound and liposuction procedure themselves were mostly pain-free, although I did experience a pinching or sort of electrical sensation in some of the same sensitive areas during the lipo part. The procedure took about 1:45. Dr Shah noted that he used a fair bit more tumescent fluid than normal (6L), and that he was able to pull out more fat than he expected (3L). I was 168 lbs the morning prior to surgery, and 174 when I returned home, so there's quite a bit of fluid still present. After getting home, I started taking the prescription pain medication preventatively although I was only experiencing mild soreness in a few areas. 12 hours later, the local anesthetic is starting to wear off a bit but the pain meds seem to be keeping any major discomfort at bay. I do have quite a bit of bruising, especially in my upper and lower abdomen areas. I also have a fair amount more loose skin than I was hoping - Dr. Shah did warn about this possibility, but I'm hopeful that between autophagy and wearing the compression garment I can get some shrinkage of the skin and avoid a tummy tuck. I had a lot of drainage from the surgical incisions - blood-tinged fluid. I had to put down towels and some waterproof absorbent pads along with a towel to soak up the blood and fluid. I probably went thru 4-5 of those in 8 hours before the seepage started to slow down. I'll try and post updates over the next couple of days as things progress.

06/10/2020, 08:13 AM
Finally, I'm back to a more normal sleeping position! Discomfort has subsided enough that I can sleep on my side fairly comfortably. Still occasionally taking Advil and getting very impatient for swelling to go down, but I feel like things are progressing well. My swelling seems to be reducing in a kind of unbalanced, asymmetrical way - my left (dominant) side is still a fair bit more swollen and bruised than my right side. I've been fairly conservative about my activity level, but have tried to get some light exercise (walking, stretching, very light yoga). I do seem to recall that they had to work harder to get fat out of the left flank and underarm when they were trying to even it out with the right side (he did the right first). My guess is that due to the difference in musculature in someone's dominant side, the idea would be to do the dominant side first (for most people, their right side), then make the non-dominant one match. Since he did me in reverse order, it was tough to get an equal volume of fat out, so the extra work may have caused some extra swelling. Important safety tip - ask which side is dominant when trying for symmetry!

06/10/2020, 06:02 AM
After the first few days, I was largely able to get back to my typical routine, albeit with a few physical restrictions imposed by my surgeon (no lifting 10+ lbs, no strenuous exercise, etc). As far as physical activity, my doctor basically suggested that I do what my body would allow. I was feeling pretty good, so probably was a little over-active by day 5, which I definitely paid a price for the next morning. Lesson learned. Discomfort still largely feels like the day after a strenuous core workout. it is slowly getting better. Still have some sore spots, especially my ribs, and I developed what I think is likely an air bubble between my abdominal muscle wall and skin which sort of moves around on top of my ribs and causes an occasional unexpected pinch here and there. Last night was the first night I've slept with only OTC analgesics, and it was pretty difficult to get comfortable - I'll likely go back to taking the prescription pain meds overnight for a few more days and use OTC during the rest of the time. The swelling has started to subside, and I've still got some pretty severe bruising in my lower abdomen. The bruising seems to be following gravity downward. Although I've still got a few odd lumps here and there, things seem to be smoothing out, and I'm starting to see some shape. My pants are still quite a bit tighter than they were prior to the procedure, so I'm sure I've got a long way to go before get a picture of what my final results will look like, but so far, so good! First re-check with Dr. Shah is tomorrow, so we'll get the official word then.

06/10/2020, 05:49 AM
Sorry for the longer than expected break between updates. Weeks 2-3 were more challenging than expected, but I'm really starting to see some results that I'm happy with. On about day 11-12, I started to notice some pronounced swelling on my left flank area that seemed to be filled with fluid, along with a smaller pocket around my belly button. A bit of research suggested that I'd likely developed a seroma, and most of the advice seemed to suggest that it should be handled sooner rather than later. I called Dr. Shah's office on Saturday and was able to be connected directly to his cell phone. He had me email over a few photos, and after reviewing them, emailed me back to set an appointment to check things out on Sunday (Father's Day). I was very impressed at his willingness to handle my issue on a holiday weekend, when he easily could have put me off until Monday. When I arrived, my suspicions were confirmed. I had about 130cc of fluid in my left flank, and about 35cc in my belly button area (the bruise in my photos is from draining it). Draining was relatively painless - a quick stick for a little local anesthetic, then a larger needle that was used to puncture the seroma and drain it with a large syringe. Relief was pretty immediate. I ended up having to have the two areas drained a total of 3 times over a 1 week period, but the amount of fluid accumulation was far less the second and third time. My theory is that I was probably a little over active early after surgery (I'm left handed, and it was on my left side), and as soon as my swelling started to subside, my first compression garment really wasn't providing much compression for me. Dr. Shah said that he only sees this complication maybe 2-3 times per year, so I guess just hit the jackpot. Ok, with the negative issues out of the way, the good news - I'm starting to look pretty damn good! I have a lot less saggy skin than I anticipated, love handles are evaporating as swelling goes down, and my stomach is pretty flat. I still have a few sore spots and some bruising, but I'm very excited to see what I'll look like in a few more weeks, when I should have a better idea of the final results. I'm hoping that things smooth out a bit (I've got a few lumpy spots), but otherwise I'm very happy with the results.

06/10/2020, 02:23 AM
I went in for my 1 week checkup today, which is actually 8 days following my procedure. I finally feel like I'm starting to see a notable reduction in swelling. Dr. Shah reported that everything seemed to be progressing well, and was happy with how my abdominal skin seemed to be tightening up and swelling was starting to subside. The sutures in my incisions were removed, and I have another follow-up appointment in 4-weeks, assuming there are no complications in the interim. Pain and discomfort continue to dissipate, although the sides of my ribs are still too sore for me to sleep in any position other than on my back, which isn't how I typically sleep. I'm managing pain almost exclusively with OTC analgesics at this point, and only taking the prescription meds at night since I tend to wake up with some soreness otherwise. I'll try and continue posting every week or so until my next follow up unless there are major developments.

04/18/2020, 05:48 AM
I had a BA done by Dr. Shah back in Sep 2019, and let me tell you it has been the best decision I have ever made! I'm in love with my results and my confidence is back. The whole experience was amazing and very comfortable his staff and himself make you feel right at home!