Request an Estimate
About

Installing Fence in Sarasota, FL Fence Contractor and Fence Supply in Sarasota County Superior Fence & Rail is proud to announce it’s newest Sarasota fence company franchise location. Sarasota is a wonderful place to live, and Superior Fence & Rail aims to maintain the great sense of community with each commercial and residential fence we supply. Our professional team of fence experts is committed to providing first class customer service, and we look forward to helping you with your new fence installation project. Sarasota Fence Company – Fence Outlet of Choice At Superior Fence & Rail, we want to be your go-to fence supply and Sarasota fence company. We strive to ensure every customer is

Thank you so much for your kind words, Steve. We really appreciate you taking the time out to share your experience with us. Cheers, Superior Fence & Rail of West Florida, Inc.

09/25/2019, 12:37 PM
Terribly ran company & no accountability from owner or his employees. Took 21 days (off & on) to complete the installation of our fence (spent 8k) due to Superior having no internal office processes. The whole installation would have taken longer if I had not checked with the city to inquire on the permit Superior never submitted. Stephanie lied to me about the permit being submitted but finally turned it in the day I followed up with her. Then Stephanie lied again about the permit being approved (city said it was still in zoning) & had the installers start installation.....only to stop them after taking down our old fence & installing one of the three fence runs. This was an inconvenience for our dogs for another 20 days because they could not be in the open yard. After the fence was finished we couldn't open one of the doors because of poor installation.....took 4 different 'No Shows' for service for this to finally get fixed and now I'm dealing with another service issue I can't get them to show up for when they say they will.

07/30/2019, 12:58 PM
Let me start off by saying that our sales rep, Tom ,and the receptionist, Stephanie, were wonderful and tried to help us but it went beyond their control. This is about Sarasota location. When the installers first arrived on Friday to our house, they couldn't read the survey left by the sales rep and couldn't figure out the measurements so my husband had to go out and spend a good amount of time out there figuring it out for them. Then, we noticed that there were no flags in the ground (to locate gas, electric pipes etc) and when asked they said they weren't sure but started anyways. Well they ended up hitting 2 of our sewer pipes & neglected to tell us about one of them until Saturday. This was because they installed WITHOUT having any of the locator flags down, which come to find out, they should have NEVER started installing without those flags and are supposed to document those flags before even breaking ground. Since the installers didn't tell us about one of the broken pipes until Saturday it was difficult to get in contact with anyone in the company since it was the weekend. Our sales rep was kind enough to answer our calls/texts and tried to get ahold of the owner, whom did not communicate with us at all. Meanwhile, we have guests at our home and we are not really able to use the restrooms because of the two broken sewage pipes. One of the installers comes to our door WITH A SAW saying that he was going to fix the broken sewer pipes(who was supposedly told to do so by the owner)....you can imagine our reaction. My husband had to go out & stop him and explain that he is clearly not qualified to fix the sewer pipes. When leaving, they for some reason decided to park in our front lawn (we live on a corner lot so there was plenty of room in the street which was actually closer) and when he left the weight of the truck wouldn't budge on our grass and he spun out his tires until they got out which completely damaged our front lawn (see pictures attached). Also, they were extremely negligent when leaving & left the water running on the hose on the side of our house with water pouring out of it, which I didn't see until 6+ hours later. We then had to call a plumber to come out who said one of the pipes are so close that they have to jackhammer the side of our house to fix it. However, he was astonished to learn that the fence company started to install without any flags down & that he isn't able to do any work without the flags because it is actually illegal. So we had to wait for the locators to come out and the plumber was able to fix it later that week . Even more of our lawn was destroyed because the plumbers (not their fault) had to dig bigger holes to be able to repair it. And again, had to live with broken sewer pipes for a week. The fencing people were able to come back and fix it over a week later than than the original time. We were extremely upset & wanted to get in touch with the owner about all of these issues. We were never able to get in touch with the owner. The sales rep was generous to inform us and communicate with us even though it was no longer part of his job description. He notified us that he had spoken to the owner and they agreed to pay the plumbing bill (as they should because THEY broke the pipes and it shouldn't have ever happened because they shouldn't have installed without any locator flags which according to the contract they are responsible for doing). He also notified us that the owner decided since they were losing money by paying the plumbing bill they weren't going to offer any discounts or reimbursement for any of the other issues we encountered. This made it very clear to my husband and I that this company and the owner do not care about their customers or doing things the right way and that they ONLY care about money. 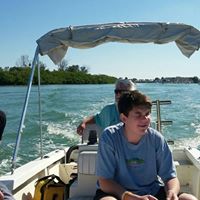 05/17/2019, 06:12 AM
Stephanie and the install group did a great job after fixing multiple schedule issues. Product and installation were top notch

04/29/2019, 17:08 PM
Cost me just as much damage as it did to get the fence. They didn’t put it where it was suppose to go, broke every irrigation water line in my yard and didn’t tell me and destroyed my plants and landscaping. The workers didn’t even undeestand English. Then they asked me to inspect my fence at night when it’s dark to sign off. Not to mention getting call backs from the office was horrible. Highly disappointed 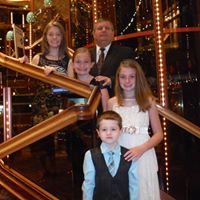 09/26/2018, 11:56 AM
Great product and easy to install. The staff gave great suggestions. Great quality fence and cheaper than the big box stores. Thanks 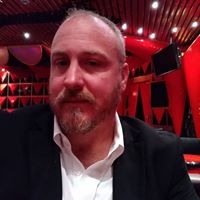 07/14/2018, 09:04 AM
Numerous Fence Styles available for residential and commercial projects. They also offer great warranties for the products and installations. They give free estimates. 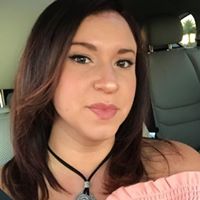 04/29/2018, 07:15 AM
I’ve had broken posts since they were installed. After numerous attempts at contacting and leaving messages I finally got someone on the phone who told me “Your community is windy. We don’t repair damage due to weather.” The fence was CUT to run directly over the irrigation pipes. Not only do I have broken pipes that flood my, and my neighbor’s properties when the sprinklers are turned on..they never cemented the posts!!!! Terrible work, horrible customer service, and everyone who asks about fencing will now see these pics. Next stop... BBB, SL Chamber of Commerce, and my realtor/home builder associates.