SLC’S TOP RATED LOCAL® HOME IMPROVEMENT Specializes in energy conservation, replacement windows, roofing, and siding throughout Utah, Idaho, Nevada, and Wyoming. Leading edge technology in our WeatherBrite® windows provide the best performance in all weather conditions. Fully Energy Star compliant with a double lifetime warranty. From our patented WeatherBrite® windows to our revolutionary siding, we give you the best home exterior products available. Extend the life of your home, increase property value, and slash heating and cooling costs by using cutting-edge technologies and innovations from Superior Home Improvement to give your family the most affordable, energy efficient products av

01/25/2023, 16:38 PM
MY Roof Replacement In late August 2022, while on vacation, a windstorm damaged some of my roof shingles. When I got home, is saw that on the northwest section of the roof, many shingles and roof vents had partially detached. The nails had pulled through the shingles or were no longer attached to the roof plywood. I reached out to Rich Johnson, General Manager of Superior Home Improvement. He offered me two options. 1. Just fix what was damaged. We would remain vulnerable to future windstorms. The next storm might do more shingle damage including internal water damage 2. Replace the whole roof and install it right; thus, I would be protected for decades to come. After weighing these choices, we decided to replace the whole roof. They would use a higher standard of workmanship and shingle quality than the original roofing sub-contractor used in 2007. He gave me an honest and fair estimate. I then reached out to another roof company and their estimate was initially $13,000 more than Rich’s quote. But then they kept discovering new discounts to offer and us a lower price, until it was only $8,000 higher than Rich’s. We decided to go with Superior Home Improvement Rich Johnson promised things and delivered them. 1. He promised he would work with my HOA to get approval on the roof shingles color (Quarry Gray, which I loved) and he did. 2. He gave me a date that his crew would start, and they did. They stayed working on my roof, until it was finished. They got it done in just two days. I was impressed by the workmanship they exhibited and glad that I made the choice to go with Rich Johnson. He is a hardworking, “down to earth” principled businessman with integrity. If you have a need for Home Improvement services like roofing, I recommend that you seriously consider Rich Johnson, General Manager of Superior Home Improvement. David E Watson… Lehi, Ut

10/11/2022, 13:02 PM
**** told us it would be months before windows were installed due to supply shortages. Sure enough it took a few months but was it worth the wait. The new windows block out noise and the summer heat. I don't even have blinds on them anymore since I enjoy looking outside. They redid the stucco trim around them. My house looks brand new. Worth the money I spent. Better news, they are lifetime guaranteed so I won't need to do this again. Thanks Superior!

05/02/2022, 13:07 PM
If you are looking for a good investment that can yield good profit within a short period of time, kindly contact MR. JAMAL ABDULRAHMAN He is the best Forex, Crypto and stock trade account manager. He helped me manage trading account and I made $6,900 in 7days with an investment of $500. I saw a review on a certain page about Mr. JAMAL and I decided to give him a try. I'm very happy because my financial life has changed with the help of Mr. JAMAL ABDULRAHMAN. If you want an account manager who will help you manage your trades, Mr. Jamal is the right choice. I'm recommending him because of his good works and I want others to benefit as well. Contact Mr. Jamal through Email: jabdulrahman517@gmail.com WhatsApp: +1 (318) 407-7859

09/03/2020, 02:50 AM
They did exactly what they said they would: On time;done right; and were pleasant and great to deal with The installation crew(AL,Joe, and Willie) were professional,great to deal with and kind to my wife.The installation was done in one day. They cleaned up after themselves and were extremely kind to my wife. Thanks for all the good work Doug and Jarleen

09/03/2020, 02:25 AM
They did exactly what they said they would: On time;done right; and were pleasant and great to deal with The installation crew(AL,Joe, and Willie) were professional,great to deal with and kind to my wife.The installation was done in one day. They cleaned up after themselves and were extremely kind to my wife. Thanks for all the good work Doug and Jarleen 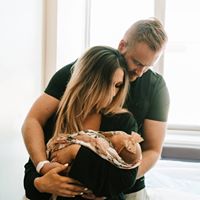 03/27/2019, 13:22 PM
I had Superior Home Improvement come to my home for the energy program. I would recommend this company to all. My home has never been more comfortable. The windows are incredible, the work they did was superb. My home looks and feels better. 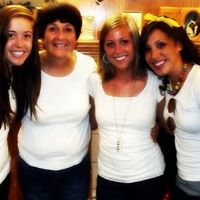 11/30/2017, 17:52 PM
I am very pleased with my new windows! The installation was done very professionally and I have had many compliments on the high quality and beauty of each window. I had Superior install a bay window which changed the aesthetics of not only the inside of my living room but it brought new structure to the outside of the house.