Southeastern CT's #1 customer rated tree service, providing excellent care to both residential and commercial clients since 2002. At Tomorrow’s Trees we’re committed to providing you with the best professional tree services in Connecticut at prices that make us the top value in the business. No matter what concerns you may be experiencing about your trees, we can assist you. Our crew leaders have more than 20 years of experience in the tree industry and we have a certified arborist on staff ready to provide for all of your tree care needs. 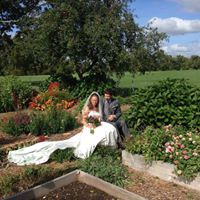 08/05/2020, 08:10 AM
Rich was very, very helpful today! We had a tree fall on our chicken coop, crushing the fencing surrounding it. It made it impossible to get to the coop and the chickens. When I called, Rich said that his crew was tied up with work from the storm my area of CT had yesterday, but that he could be at our house in about an hour. Half an hour later he shows up. I had sent him a picture of the fallen tree and he could tell from that that he would be able to cut it off the coop and fencing. He was right, of course! he was very nice and told us each step of what he was doing, and that we had poison ivy climbing the tree. Half an our later he was done and we are able to get to the chickens! We have an appointment in a few days for debris removal and other tree work. I definitely rate him 5 out of 5!! 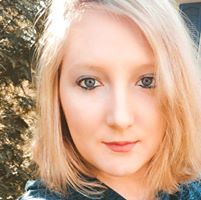 08/01/2020, 13:55 PM
Great and fast work done on the tree that fell on our house in Gales Ferry. Professional side was taken care of as quickly as the tree and we were treated with great manners too. Thank You Crew. 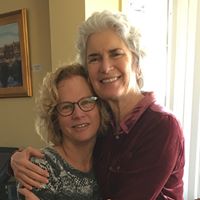 07/28/2020, 20:08 PM
Rich and his crew planted trees and hedges to create privacy in front of our home on a busy street. The end result is exactly as I had envisioned it...beautiful and lush. The crew was friendly, knowledgeable and hard working. Rich is not only cretaive, he is also a great listener with a vision toward what a space may be in the future. We are very happy and grateful with our choice of Tomorrow's Trees...Bravo! And thank you!
Business Response:

Thank you Tina for the opportunity to plant for you. Those trees and shrubs will perform beautifully in the short future for the reasons planted. Cheers, Rich 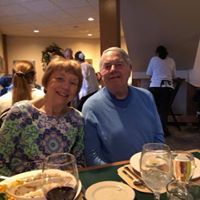 07/24/2020, 08:12 AM
I feel very confidant with Tomorrow’s Trees observations on what needs to be done on the property. And they are excellent workers.

06/07/2020, 03:51 AM
I could not of asked for a better company than Tomorrows Trees. They showed up on time started the job promptly and gave me all I asked for. They took down some dead trees and made the rest of the trees around my house beautiful. Their clean up was awesome. The crew was very polite. I highly recommend these guys for a job done right. Thanks Tomorrows Trees.
Business Response:

Thank you Roger for the work and the nice review. It was a pleasure and we’ll be here if you’re ever in need again... Cheers, Rich

05/11/2020, 16:23 PM
Tomorrow’s Trees crew cut down and removed several trees from my yard. The cost was very fair, the work was impeccable, the gents were always polite, prompt, and working constantly. They did amazing work and equally amazing clean up. I highly recommend this business and will definitely hire them again should the need arise.
Business Response:

Thank you Gail again for the work and for the review. It was a pleasure helping you and enjoy the increased sunlight and safety. Cheers, Rich

05/01/2020, 06:25 AM
We have used Tomorrow's Trees for several projects including two emergencies for trees that fell and blocked the driveway. What a great business! The owner Rick is very knowledgeable and conservative in his approach. You can tell he is passionate about his work and we've learned a great deal from him during our consults. The team hustles to say the least and each time they have been here, they leave our property spotless to the point you would not know they were ever here. They are prompt, courteous and a hard working group. Each time we've had emergent issues, they have come out quickly and resolved it. We would highly recommend Tomorrow's Trees for any project, big, small or emergencies. We are convinced they will not disappoint.
Business Response:

Thank you again Crystal for thinking of us for your tree needs. As always a pleasure, Rich

04/27/2020, 11:13 AM
Rich and his crew did a great job. Everything was done as discussed. Very neat and clean, and very friendly and professional. Thanks, Bill
Business Response:

Thank you Bill for the work and review. Please keep those specimens watered if we go through any drought this summer. Otherwise enjoy and let us know how we may ever help if the need arises again. Cheers, Rich

Thank you Mr. Vaillancourt for taking the time to leave us a review! It was a pleasure as well.