Who Are We? Zaman & Trippiedi is one of Las Vegas’ premier Personal Injury, Family Law, and Criminal Defense law firms. Contact us to consultation today!

09/13/2022, 23:59 PM
I am so happy i chose ZT Law Group! Michael is the best Lawer in Vegas as far as I'm concerned. I had contacted several Lawer's about my case many were just downright rude and or Transphobic, many just didn't want to take my case saying it was too hard to win, not enough money etc. One very well - known law group took my case but never did anything, they contacted me every week asking for info I had already given them like pics of the accident scene and witnesses phone # witch they never followed up on instead the basically called me i Lier and said i never gave it to them at which time i found a new Lawer, a Real Lawer Michael Trippiedi/ZT Law Group. He was very nice to me, he listened to me, he spoke to me like a person, and he was very honest with me and handled everything very fast - helping me get treatment for by injury, contacting the witnesses etc , all i had to do and worry about was getting better. Once finished with my treatments and therapy he was able to get my case settled and my doctor bills paid very fast. And yes, i got what i feel was very fair for my pain and suffering etc. I would definitely recommend ZT law group over all others especially these BIG law groups bigger is NOT better trust me.

12/29/2020, 14:06 PM
The ZT Law Group was professional right from the start until the very end. My lawyer, Michael Trippiedi, was outstanding in every aspect of legal service in meeting my needs. Attentive, detail oriented and completely thorough. Made me feel very comfortable and never hesitated to reach out if I ever needed anything. I would highly recommend Michael Trippiedi for any family law circumstances. Excellent job and an excellent lawyer.

12/22/2020, 22:26 PM
The ZT Law Group was professional right from the start until the very end. My lawyer, Michael Trippiedi, was outstanding in every aspect of legal service in meeting my needs. Attentive, detail oriented and completely thorough. Made me feel very comfortable and never hesitated to reach out if I ever needed anything. I would highly recommend Michael Trippiedi for any family law circumstances. Excellent job and an excellent lawyer.

01/08/2020, 19:59 PM
My name is Jeff McDonald I was arrested a year ago on a fictitious charge of domestic violence and then profiled by the policeman as a tall angry black man well sorry the grace of God ensure unforeseen luck I came across attorney Waleed Zaman I couldn't be more put at ease able to sleep again eat not worry and stress was anxiety and panic attacks from the time I spoke with him on the phone he did an awesome job he was very thorough and very patient very understanding he's God sent I'm not blowing it out of proportion he really wants a mile Plus for me and my wife God bless him and I think God and I think attorney Waleed Zaman and yes it takes money for him to do his job but he does not stress you and pressure you and hold you hostage for it very loving caring understanding good luck with whatever you're facing

05/12/2019, 12:58 PM
This law firm is wonderful! Got me out of a rather ridiculous speeding ticket that may have heavily effected my insurance rates! Thank you! 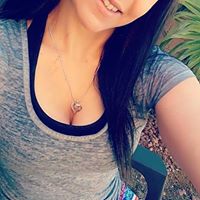 01/31/2019, 16:52 PM
Highly recommend him to anyone needing an Attorney!! I couldn't ask for someone better to help me with my situation. Definitely give him a try if you are looking for someone to help!

03/21/2018, 20:16 PM
I would like to let everyone know about a fantastic attorney. He is very thorough and attentive, he really cares about his clients,and is magnificent in the courtroom. He literally saved my life. I would recommend him to anyone in need of a super attorney.