02/11/2022, 06:32 AM
Have never experience such a sensitive target in my whole life until I met with Mrs Cathy Frederick Fx bitcoin trader who is skillful and has being handling my trade with his signal over a month now. With minimum $1000 you are sure to hit $14,450 wow all within a week. Thanks for your good work and God bless you Mrs Cathy Frederick Fx You can reach out to him on Email: cathyfrederick867@gmail.com WhatsApp no:+18504466717
Business Response:

06/22/2021, 11:06 AM
Great vet practice. I took my two girls in for their shots yesterday. They were understanding about my dogs who are awful patients - and did not tell us to never come back after one peed and the other peed, pooped and let out her stinker while getting her shots. Thank you team! Appreciate the patience with my difficult patients
Business Response:

Thank you for your generous feedback, Kate! Our team looks forward to seeing you and your pet again soon.

04/23/2021, 16:19 PM
I've been going here over the last 25yrs. They have always been great with our fur babies! Staff is friendly, always informative,and caring. Highly recommend and will keep going back 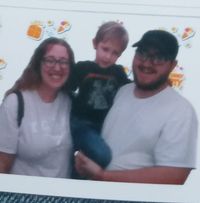 02/06/2021, 13:27 PM
8/10 every staff member I had contact with was extremely nice and very professional. I only took points because I told two seperate staff members that they would really likely need to sedate him to even get him out of the kennel because he's fractious, and I am assuming neither the staff member I spoke to upon booking the appointment, nor the technician who came out to get my cat relayed that message to anyone because they called me at 6:15(ish)pm (they close at 6pm) and said they couldn't handle him and hadn't examined him because he's fractious lol. The other thing is that they didn't let me pick up my cat until 7:15pm and only under pressure because I had to go to work. I had assumed pick up was at 6pm because that's when they close, but I should not have assumed that. It was pretty cut and dry as far as drop-off appointments go. Cats having abcesses is common and lots of them require sedation. They said they were down to one doctor on a surgery day which sucks, I get it, but like... Pet owners still pay the same amount no matter what kinda day it is. They also offered to reschedule after they had already sedated my cat as well but that was just crazy so idk 😆 anyways my cat got the 2 injections he needed and his tiny wound shaved and we finally left. He will live to fight another day regardless and thats the point. I'll probably go back, but not if I have any time constraints.

12/29/2020, 10:08 AM
All of the staff are very kind and gentle with the puppies. Doctors are wonderful in explaining everything that they feel the pups need. Wouldn't go anywhere else.
Business Response:

Thank you for your generous feedback, Nance! Our team looks forward to seeing you and your pet again soon. 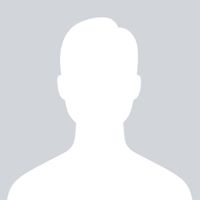 10/21/2020, 15:48 PM
I was very pleased with the results I received from the vet. Not too excited about not being with my pet during treatment. I like to be with them! They have enough stress when visiting the vet.
Business Response:

Thank you for your kind compliments, Steven! We love visits from you and your family and appreciate you trusting us with your pet’s care. Thank you for sharing your feedback on our Covid-19 protocols. We miss seeing our clients everyday! At this time we are still doing curbside services however, we will update our clients as soon as we figure out next steps. 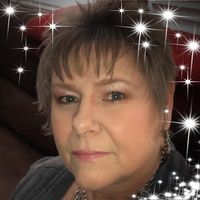 10/09/2020, 12:13 PM
Just got a new family member and needed to establish her with a vet. After looking at reviews and asking around, I went to Alta Mesa Animal Hospital and I’m glad I did. Even during these hard times withCovid 19 I still felt that my fur baby was still in good hands. Kind,friendly staff took her in and Dr Caldwell called me right after he saw her and explained what he found, how she was doing and answered all my questions. I would recommend Alta Mesa to all my friends and family. Miss Diva came home happy and healthy.
Business Response:

Welcome to the Alta Mesa Animal Hospital family, Shawna! We loved meeting you and Diva and can’t wait to see you back again soon. 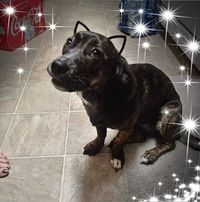 09/14/2020, 12:57 PM
They're always so kind and caring whether we're in for routine check ups or emergencies. My whole family brings their pets here and I would recommend anyone with a fur baby.
Business Response:

We love hearing that your furbabies enjoy their visits with us as much as we enjoy seeing you all. See you next time!