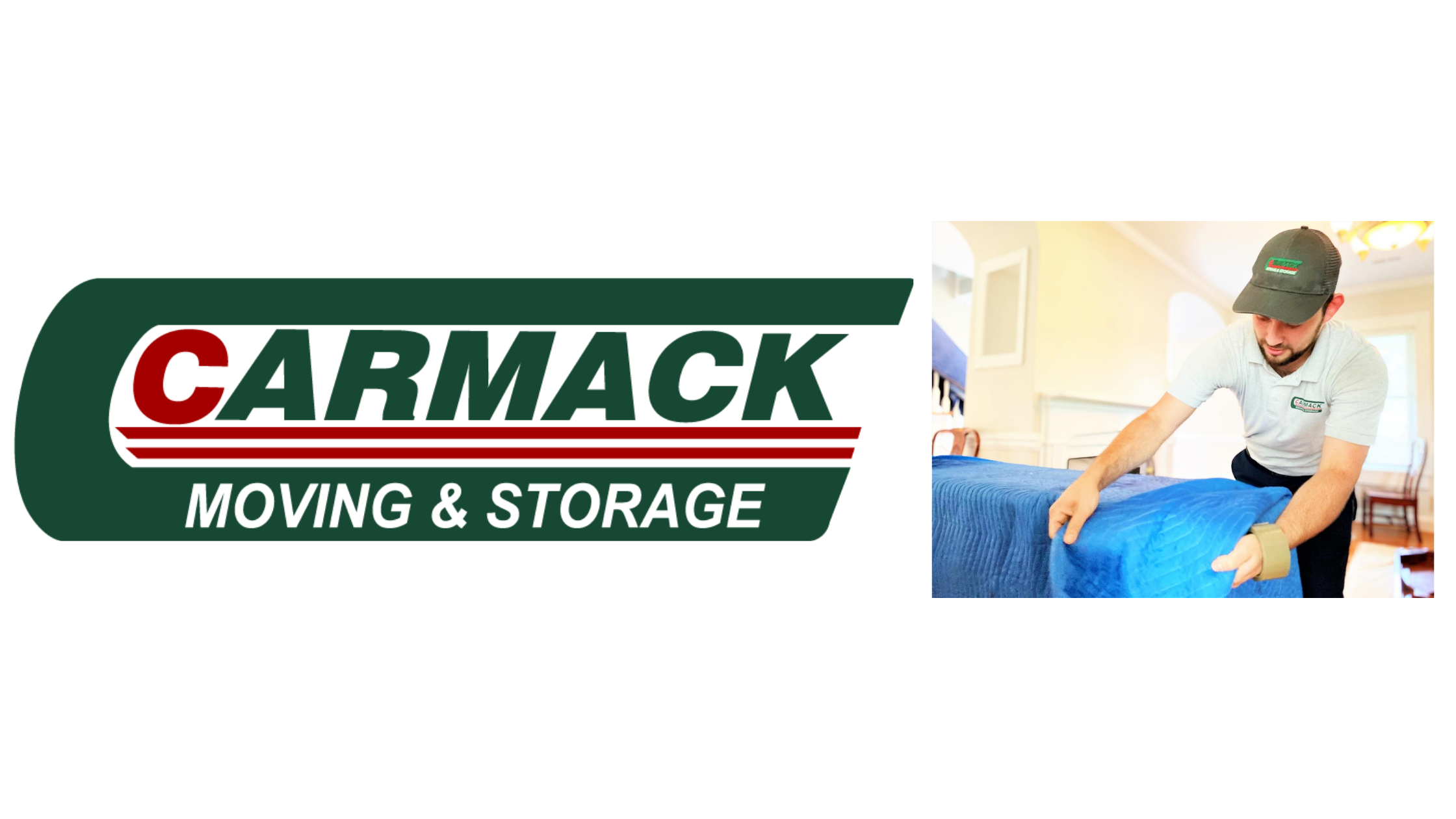 Request a Quote
About

At Carmack Moving & Storage we can handle all of your packing needs or provide you with the materials, and guidance, you need to do the packing yourself. Moving to a new home means packing your life into boxes and hoping they all arrive safely at your new residence. Carmack Moving & Storage has a long track record of successfully helping families relocate. Our packing services are designed to make your move easier, while giving you peace of mind that your possessions are in good hands.

08/14/2013, 04:39 AM
Great experience. I didn't realize we were moving on the busiest days of the year and was worried about even finding a company to move us that wasn't completely booked for that time. Paul, from Carmack, came over to give me an estimate. He was professional and knowledgeable about giving me a quote. He also gave me his cell number to call in case I had any questions. I used it twice, I think, and both times he was helpful. I called several times in between the estimate and move date to ask questions from the office. Each time I talked to a real person (no automated phone directory that gets you no where) and was given helpful answers quickly. On the move date we were surprised that about 8 guys showed up with the lead guy named Celso. Great group, and Celso was awesome. These guys didn't dawdle around and got all our stuff loaded in about 3 hours. Celso marked everything with a sticker and a paper that had the sticker numbers matched with each item. Nothing got lost on it's way here, and the only thing we have found broken (6 weeks after the move completed) was a $2 paint roller bucket. Even that was probably because we packed it wrong. Celso was easy to talk to and made us feel comfortable passing off ALL of our possessions to him. Our stuff was taken to a storage unit in Centerville for a few days while they coordinated getting our stuff down to us. They gave us a window from July 2-8 for our stuff to arrive. It came on Sat, July 6. Celso was there again with a crew of about 4-5 guys. They put all our stuff in the house, where we asked them to put it, in about 4 hours or so. They did a good job, what can I say! I would recommend this company and use them again myself! moved our entire household (no packing; just loading, driving the truck, and unloading) from VA to NC (7 hours away)

02/26/2013, 06:35 AM
Julia helped me from the get go. Great communicatiuons, good paperwork. Seamless transition from Reston VA to Houston TEXAS!!! When the truck reached Houston, the crew along with the local crew unloaded and unpacked teh kitchen stuff efficiently and with good spirit. HIGHLY RECOMMENDED!

08/31/2012, 07:04 AM
The experience overall was very good. The three movers showed up on time and were very professional in how they handled our goods. They were very careful with our furniture - even the extremely heavy items. They were careful not to "ding" our walls at both our old and new residences. Previously, any time I called with questions, the move coordinator, Paul, was very responsive and was happy to answer my questions. The only down side to the whole experience is that the quote was low in erms of how much the move cost. The move was estimated as taking 5 hours and it actually took 7. Therefore we actually paid about $300 more than we though. That being said, they were still cheaper than two other quotes we got for the move. Just be advised that the travel charge is for the travel time to your original residence and from your future address. he time traveling int between jobs is added in to the time of the move. I'm not sure if this was explained during the estimate - it could have been more clearly explained. Overall, Carmack did an excellent job moving us. Moving all goods from a townhouse to a single family house.

06/11/2012, 07:06 AM
Our experience with Carmack was excellent. The moving crew showed up 15 min early, their price was good and the foreman agreed to all of our requests without a question. Sales and support staff were responsive and prompt. I called on Thursday and was able to schedule a truck and crew for the following Saturday. Highly recommend.

06/10/2012, 15:14 PM
i have moved 29 times and had horrible experiences. YOUR COMPANY IS FANTASTIC!!! I have NEVER had such a great move. You were on time, fast, very caring of my stuff and courteous. I still can hardly believe my good luck!Thank you so much. Marion Avolt

02/09/2012, 20:35 PM
Good service. My closing date slipped several times and Carmack was very responsive in helping to reschedule. The movers showed up on time, were very professional, and completed the move in the time and for the cost estimated. Closing on a house and moving can be a stressful process, but Carmack made the move parteasy and stress free. Provided moving services including wrapping and protecting furniture and garmet boxes for clothes for a 3 bedroom townhouse to a single family home.

09/30/2011, 08:14 AM
This was the second time we used Carmack to move. We chose them 5 years ago because we have a baby grand piano that needs to be moved. We priced them out, along with two other moving companies this time around. One of the companies came in about $200 lower than Carmack and when I informed them of this they agreed to meet that price in order to keep our business. The movers arrived on time, were very professional and friendly, and moved very quickly. At the end of the day the number of hours spent on our move (8 hours) was exactly what we were quoted, so there were no extra costs. I would definitely recommend Carmack to any of my friends and families who need a moving company. Moving from Fairfax, VA to Arlington, VA 2 trucks were needed Took apart and put back together a baby grand piano

09/20/2011, 03:52 AM
I have always had excellent service from Carmack and, thus, I kept calling them first whenever I had to move my household. I also used the company to move furniture to my relatives in Maryland and New Hampshire. For my final move to Florida for my retirement, I decided to get several estimates. I found Carmack to be extremely reasonable, and since I knew the company, I decided to use them for my final move. They provided one team to pack my Virginia home; a second team to load the truck the next day; and a Florida team to unload the truck in my new location. The Operations Manager and his team leaders were extremely efficient and customer-oriented. I even requested in Virginia that two bronze urns be taken to my neighbor's home and the team willingly did this extra assignment without additional compensation. I was amazed with how quickly the truck was unloaded in Florida (only two hours). For one of the moves, a tree limb punctured a hole in the ceiling of the van causing some water damage (an act of nature that could not be avoided). I submitted a claim and was reimbursed in a timely way without any question regarding the loss.This company continues to always exceed my expectations. They also have a wonderful and responsive office staff. I am pleased to strongly recommend Carmack Moving & Storage for local and interstate moves. If I were moving again (heaven forbid), I would use Carmack! I have used Carmack Moving & Storage for eight moves including six regionalmoves in the D. C.metropolitan area, as well as fortwo longinterstate moves - one from Virginia to New Hampshire and a second from Virginia to Florida. The moving estimates were always on target and, in several cases, the final cost was lower than the estimate! Services included professional packing of all household goods, loading the van and unloading at my destination including setting up of a grandfather clock.

09/30/2009, 21:52 PM
When my wife and I purchased our new home we decided that we were going to go with a professional mover and not attempt a DIY move. After speaking with friends and neighbors about their experiences with moving companies we decided to call a few to get quotes. Of the three we called, Carmack moving responded the fastest. We had an accurate quote from them the next next day, which also turned out to be the least expensive. First thing the morning before our scheduled move, a team of Carmack employees showed up and began packing everything up. My wife and I were amazed at the meticulous way they carefully wrapped and packed every item. Everything was clearly labeled and organized as they were packed. (e.g. one box read: "Office - Lower Left Drawer") We had no trouble finding where things were later! Every cup, plate, glass, nick nac, and piece was individually wrapped and boxed. The pictures, paintings and TV's were carefully wrapped in paper, plastic and then bubble wrap. Not a single item was damaged in the move. The next morning, with everything packed, they showed up right on-time and began loading the truck. Their experience was clear as they perfectly fit the entire house into the truck before lunch. By 3pm that afternoon, everything had been unloaded and placed into the correct room. Some furniture had to be moved several times as my wife decided on the perfect location. Throughout the whole process the staff were extremely polite, professional and understanding of our needs. I normally do not write company reviews, however our experience with Carmack Moving was so great I felt the need to. We will definitely be using them on our next move. Pack and move entire home.