Loans can be complicated however it doesn’t have to be with the help of our lending experts. No two loan scenarios are the same and we understand every loan needs to be tailored to your need. In California & Florida, we are a one stop shop for Primary Residence, second home, Investment properties residential well as commercial. Nationwide, we offer non-owner occupied investment properties, residential and commercial. We offer easy low documented loans with no income verification. We understand purchasing or refinancing a home or property can be stressful so we’re here to make the complicated lending process simple for you with the help of our mortgage experts. We offer Full Service in Calif

12/29/2021, 00:10 AM
Having tried different trading platform , my last experience with Mrs Lilian Wilson is the best ever, I traded with $500 and within a week i made profit of $6500 and to my greatest surprise no extra charge was paid for my withdrawal. So I recommend Lilian wilson platform for effective trade to every one. Email: lilianwilson220@gmail.com whatsapp:+1 (315) 696-7425
Business Response:

Thank you for your recommendation however we work with client doing mortgage loans and don't do any kind of trading platforms.

08/31/2021, 03:41 AM
Very transparent and easy going . Definitely recommend these guys for any housing questions or services

08/24/2021, 06:36 AM
I highly recommend ***** with Elixir Mortgage Lending. He is extremely knowledgeable and upfront with everything, and was able to get my mortgage refinance completed in a short time frame, with no surprises. A true professional. Don't waste your time with anyone else, 5 STARS!! Thank you *****!!!
Business Response:

****, It has been a pleasure working with you and Thank you for your business. All the best.

04/07/2021, 03:31 AM
After attempting to refinance my home with 4 other companies, Arvin was able to get the job done. Due to being in bankruptcy, the process of refinancing my home turned into a nightmare when on 4 separate occasions, 4 other companies all left me hanging in the middle of the process (we were even getting ready to sign docs with one company and never heard back from them). These other four companies all stopped returning my calls and emails which left me frustrated and feeling like I didn't deserve the courtesy of letting me know that they could not close my loan. I found Arvin online and reached out to him to see if he would be willing to take on the challenge of refinancing my home and ultimately getting me out of bankruptcy. Arvin took the time to listen to my previous frustrations with the process and explained that he would be willing to do it, however it would be a long challenging process. I had already gone through the process of obtaining court approval for the refinance, so once I sent him the court approval we started the process. There were a lot of requirements that underwriting asked for, but Arvin took the time to go over them with me and we were able to get it done. It took a little over 3 months to close escrow, but we FINALLY were able to refinance our home and I couldn't be more thankful for Arvin. In our first conversation, he asked me what my expectations of him were, I let him know that all I wanted was honesty and communication. If at any point, my loan was not doable, then just let me know and I would move on. He understood my frustrations with the other companies choosing to ignore my emails and calls. He agreed to constantly keep me informed, and he did. Weekends, holidays, all hours of the day, Arvin was in communication with me. I cannot express how thankful we are for all of his hard work in being able to close my complicated loan. 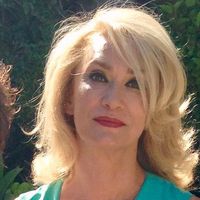 03/22/2021, 10:56 AM
I highly recommend Elixir Mortgage Lending company! Very professional, efficient and pleasant! Thank you so much, Arvin!
Business Response:

It was a pleasure working with you. Thank you!

02/09/2021, 05:52 AM
Your commitment, dedication and passion for your work really appreciated. Thank you for your help and patience with me to resolve my loan and get me the Excellent rate.

01/29/2021, 08:32 AM
Arvin was an absolute pleasure to work with! He answered all of my questions, explained every step in great detail and remained in constant communication with me throughout the entire process. He offered a great competitive rate and stayed on top of the process to ensure a speedy close. I highly recommend working Arvin and Elixir Mortgage Lending!
Business Response:

Thank you Cameron for your kind words it has been a pleasure working with you. You are a ROCK STAR!

01/29/2021, 02:33 AM
Arvin was an absolute pleasure to work with! He answered all of my questions, explained every step in great detail and remained in constant communication with me throughout the entire process. He offered a great competitive rate and stayed on top of the process to ensure a speedy close. I highly recommend working Arvin and Elixir Mortgage Lending!
Business Response:

Thank you ******* for your kind words it has been a pleasure working with you. 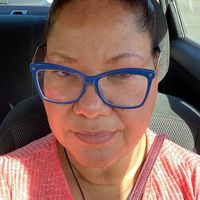 12/28/2020, 19:24 PM
Arvin is very professional and I am very thankful that he was willing to help finance my new home. He was very courteous and attentive every step of the way through out the process. Elixir Mortgage Lending provides the highest level of customer service. I would very highly recommend Elixir Mortgage Lending.
Business Response:

Thank you Manuelita for your kind words. It has been a pleasure working with you. Thank you for your business. Hope you enjoy your new home. Happy New Year from us here at Elixir Mortgage Lending.