Over 35 years of the exceptional waterproofing, basement services and air quality service in Pittsburgh and Western PA. With one of the most expansive service areas in Pennsylvania. Everdry Waterproofing has worked hard over the past three decades to build a reputation of reliability, value and integrity. We are the waterproofing and foundation repair company Pittsburgh area residents trust!

12/09/2020, 16:38 PM
Everdry was recommended to my wife and I by neighbors who had the company waterproof their basement. Their salesman fully explained to us their different programs and a site manager came to explain preparations that we would have to make prior to the work being done. Tony and his crew showed up at the appointed date and time and immediately commenced their work. Tony explained what he and his crew intended to do for the day and he pretty much stayed on schedule. We had rain and a foot of snow during the time work was being done so there was a lot of dirt and mud. Tony and his crew did the best the could to clean up after themselves. They laid plastic down over our kitchen carpet and the carpeted stairs leading to the basement.. They did the best they could mopping up the down stairs prior to leaving. They also reinstalled our deep sinks, washer and dryer, and made our deep freezer and refrigerator accessible A full cleanup was not possible because of the concrete had to cure preventing the full movement of work benches, furniture, and rug. Work was done to waterproof the outside walls of our basement and soil was replaced. The company will return in the spring to replace the decretive stones after the soil has settled. It is too early to comment on the effectiveness of the waterproofing work that was done. However, weep holes in our basement walls were functioning as were the interior drains and sump pump. I will add to my review after the passing of several months to express my opinion of the work that was done. Presently, I would highly recommend this company to waterproof an existing basement.

11/23/2020, 12:53 PM
We got our basement done a few years ago and Everdry did an amazing job! I would recommend 100%. It was a big job, inside and out and they made it look easy. I am very satisfied and we are water free to this day. Also with their warranty, you don’t ever have to worry. If you have a problem, call them and they will come fix it.

11/09/2020, 01:31 AM
We bought our home about 3 years ago and the previous owners had french drains and wall anchors done previously. Well we maintained the lifetime warranty . We are so happy we did. We started to get water in our basement and downstairs bathroom. We called EverDry and told them water was coming in. That's all it took. They fixed everything top to bottom and it was fast service with courteous employees. We highly recommend EverDry.

Thank you for your review! We strive to provide excellent customer service! 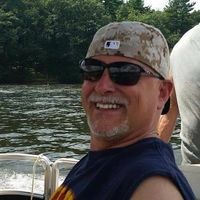 10/29/2020, 03:15 AM
It has been so nice not having water in our basement every time it rains. The crew was very nice and cleaned up the work areas well. It was money well spent. Highly recommend the Everdry Company.

10/15/2020, 08:11 AM
Professional install of French drains and sump pumps at our residence. Warranty service was provided when called upon without issue. Highly recommend this firm.
Business Response:

Thank you for your review. We do pride our company on providing quality services.

09/25/2020, 02:34 AM
Everdry saved our home! The staff is amazing and we have not had any problems since it was completed. Not only is the water gone but also all the little bugs that go along with a damp basement. I highly recommend Everdry to everybody the staff that completed the job were friendly and made sure they cleaned up any mess they made and the customer service department has been great. I have not had to make any calls for any issues since it was completed and who doesn't love the fact that it comes with a warranty!!
Business Response:

Thank you for your review! We strive to provide great service to all of our customers.