National Restoration Experts is one of the most reliable restoration companies in Florida. We serve a large area of residential and commercial properties that includes West Palm Beach, Lake Worth, Wellington, Pompano Beach, Delray Beach and Boca Raton. We will deal directly with your insurance companies including direct billing which means you don’t have to worry about payments. This helps reduce the stress and anxiety that usually accompanies any property cleanup and remediation project. 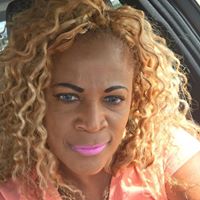 08/24/2019, 19:26 PM
The worst worst experience ever a complete nightmare. I read about companies and bad stories like this, never would I expect it would happen to me! They try to sell you dreams and promises of making your property beautiful again better than it was in no time all he while pushing a paper in front of your face to sign! They screw up and come back with more paperwork for you to sign and say it's for something else when it really says they won't be responsible for the mess up, well who do they think should be responsible? 5 months later and , running out of ALE(living expenses) , my house is still in gut mode and they are still promising they will get my house together. Then they send out an elctrician that puts a ground rod that you trip over in the middle of the walkway. Wow ! They lie, lie, lie omg do they lie. You have to stay on top of them with your insurance adjuster on a daily basis otherwise they will blame you for the delays. When the next project manager came I'm so glad I started recording the promises they made to me. I found it humorous when the new project manager would call me and say he didn't say that😂😂😂😂 hilarious, I'm thinking maybe there is a bit bipolar disorder going on. It's pretty obvious from the reviews that the company is having managerial issues in the last year because it looks like they weren't so bad a few years ago. Unfortunately it happens that companies do go downhill with bad management. Do not I repeat do not sign anything because they want you to sign real quick by claiming "so they can get to work and get you back into your home." They sound like used car salesmen trying too hard and making too many promises and it all sounds too good. The company is horrible especially when you have 2 project managers quitting in the middle of nothing being accomplished and they lie to you and say he went on vacation. I'm so thankful I kept the outside cameras to confirm the lies. They don't have enough manpower to do the jobs but they keep taking them and cashing the insurance checks. They destroyed my personal things, left trash outside of my house with no intentions of ever removing it, (because it's still there ) they take short cuts to make more money from the insurance, they put a used toilet in the storage container with my 3 week old fridge not to mention dented it, they forgot items outside that were suppose to be in the container, like my chest freezer. Take pictures! I took so my pictures and sent to my insurance to prove how substandard they were. Proof proof proof because Did I mention that they lie, I can go on and on there's just not enough space or time in the day but I am thankful that they worked for citizens so I don't have to worry about getting my money back, the check was cashed, so citizens can use their resources to get there money back from them. I've been out my house since April 1st and finally citizens fired them and now I have a new contractor and some peace of mind. I definitely would not hire or recommend this company and I hope citizens doesn't recommend this company to work on anyones house ever again. 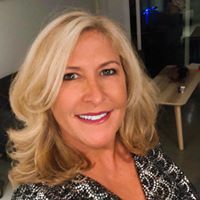 Thank you Beanie, it was a pleasure working for you. 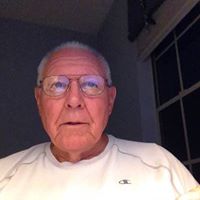 01/09/2019, 01:04 AM
I was dealing with a water heater damage in the summertime along with a mold issue. Pride my a/c and appliance company recommended on calling National Restoration Experts. Kahapp from National Restoration Experts was the first guy I spoke with and walked me through everything. Greg, an Estimator from NRE came by to check out my damages and handled any paperwork that went to my homeowner's insurance company. However, my insurance claim took a while to process than some other homeowner's insurances from which I was told from the beginning. Joey, my Project Manager from NRE who I found to be most sincere and conscientious person. He organized his team of workers to work in the certain areas of my home where it was called for. I am very pleased with how everything turned out. Now, I'm enjoying the new vinyl floors, painted walls and new kitchen cabinets & granite countertop. Thank you, all for such a great job!
Business Response:

Cynthia, it was a pleasure working with you and thanks for the great review!

10/22/2018, 17:27 PM
Very professional workers, Martin and Alex are very hard workers and efficient. Paul and Walber were excellent in making sure the work got done in a professional and timely manner. They are great people to deal with. I'm extremely happy with the work they did in my house. I would definitely recommend them to anyone.

09/10/2018, 01:17 AM
We have had a leak in our ceiling for many years! Not all the time but when the rains came in from the west. Finally had enough! Called National Resoration Experts, Inc. and a gentleman named Kahaap called on us the next day with a promise that they would find the leak and FIX IT! The leaks were coming in from the ceiling and the walls . He found all the leaks. We were assigned Anis as our project manager. He walked us through the whole day by day experience in detail. His expertise on using the right people for each restoration job was amazing. It was a big job! Mold, open ceilings, wet floors, open walls and yet this restoration company with Anis at the helm got everything fixed and fixed right.I would recommend them again.

07/30/2018, 06:21 AM
Highly recommend this company. They completed the job in a timely fashion, were tidy, organized, did a great job, and were very pleasant. Returned telephone calls promptly. Ron and Cliff were great!

07/23/2018, 03:05 AM
this company deserves a 5 star review - this is the second time I have used their services and once again they have surpassed my expectations - I am retired but came out of the construction trade - the employees are knowledgeable - neat and do excellent work. I would not hesitate to use their services again if necessary and highly recommend them to all who have restoration needs

07/09/2018, 19:53 PM
Re: National Restoration Experts,inc Pompano Beach,Fl 3306911 Our bad luck began on 4/13/18 (Friday th13th) when I stepped on our Laminate Floor leading to the bathroom and felt something squishy under my feet. . Since the area was directly in front of our washer/dryer I immediately suspected a leak and called our Home service company. When they arrived and inspected they found a faulty washer pump/motor and ordered a part. He then asked "what are you going to do about this water and the damage to your floors"? Can I make a suggestion?,,call National Restoration and I did and, to my amazement an inspector arrived about 2 hrs later.. who also informed me to call our homeowners insurance now! And I did. Then the fun began,,,at first I felt like the mediator between National and AAA. Finally, an agreement was reached and National proceeded with a through water-damage inspection and also informed us that a Mold Inspection was in order...so they came, Inspectors...damage! Insurance, Mold and maybe a few others. Finally the work began, searching for mold damage and preparing the area...wow ! These people from National are Professionals! All action in a very courteous manner, and keeping us informed of the process. Finally at thr completion of the work and Restoration of our home we have our beautiful place back again. We definitely give National Restoration Experts Five Stars ***** ****** & ****** *****, Tamarac, Fl