New Creation Builders will take the time to discuss your options and leave you feeling confident and satisfied. We offer valuable advice based on our collective knowledge and experience.

08/07/2020, 01:33 AM
I had a devastating garage fire that ruined everything in my garage. My insurance only gave me so much money to replace it, and I was so happy to come across this company because they were the only company who was within my budget, even though I had a bigger garage built and some additional lights and plugs, etc. I am so happy with my garage! The employees were great to work with and the Craftsmanship was excellent. I would highly recommend this company if you need a new garage.

03/10/2020, 12:34 PM
New creation builders Installed us new doors on our three car garage. They did fine work and the doors have opened and closed easily for years. When we had a problem with one of the doors, they were able to get someone out the same day to resolve the problem. We recommend them to others.

08/09/2019, 09:16 AM
New Creation did an excellent job adding a hobby shop in my backyard. The workmanship is excellent and everyone I had contact with was very nice. They even managed to cope with the changes I asked for and everything was done efficiently once started. They made my life long dream come true! Thank you
Business Response:

We are so glad that you are living your dream. It was our pleasure.

Thank You it was a pleasure working with a home owner who communicated exactly what they wanted and understood the process and time frame that a project like yours required. 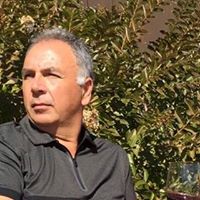 06/28/2019, 11:09 AM
What a great experience we had with New Creations! My son bought a house in Ohio city which had no garage. We called New Creations and they were out at location within 2 days. They worked with us on the design and needs. Within 3 weeks they stared, the area was prepped and the foundation and pad was poured. We did have an issue with the building permit (but that was a city problem, lack of inspectors). Without the personnel relationships that New Creations have with the city folks the project my still be in limbo. Once the permit was pulled, the garage was scheduled to be built. New creations build crew showed up at 7am and they done by 5pm, what a bunch of hardworking talented folks. The doors and electric was done a few days later and final cleanup and inspection went off without a glitch. The quality of the garage, the look and price can’t be beat. I would use them again without question. New Creations Builders know what they are doing. Awesome Job, Thank You!

06/21/2019, 08:54 AM
Overall I am very pleased with my new garage. The process was done very efficiently and the work appears to be of high quality. The garage looks great as well. All crews on site were pleasant to talk with they did a nice job of cleaning up their personal stuff. My two comments about the company and process that resulted in the 4 of 5 stars was that they were not the greatest at communication. I received no notifications on the exact days they would arrive and I had a difficult time contacting them for some questions and concerns. I also realized the garage did not have the same depth of my previous garage resulting in loss of storage and work space but that is more my fault them theirs, although they should have commented on that when the contract was drawn up. I would recommend New Creation Builders though, the positives very much out way the negatives.

06/20/2019, 03:32 AM
They were a little slow getting started however that being said they did an excellent job on the garage it has been about 9 months since the garage was finished and I have had no problems with the structure or any of the accessories. I would highly recommend this contractor if you are lookin for a garage at a good price. 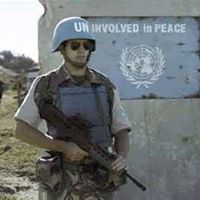 06/19/2019, 07:47 AM
From start to finish the job was well done. Mike came out to check the slab before the framing, even though he was not part of the crew. He also answered every question and every concern I had, or could ever have.