Belmont Behavioral Hospital is located in Philadelphia, Pennsylvania. This center provides inpatient and outpatient services to individuals who are addicted to substances and/or are struggling with co-occurring conditions. Individuals of all ages, ranging from children to elderly patients, can obtain treatment here. At this center, substance use disorders are treated, along with anxiety disorders, bipolar disorder, depressive disorders, eating disorders, obsessive-compulsive disorder, PTSD, and schizophrenia. Specialized programming at Belmont Behavioral Hospital includes 24/7 triage and evaluation services, 23-hour beds, electroconvulsive therapy (ECT), child and adolescent services, and ol

04/28/2020, 04:00 AM
Lori Albright is an amazing practitioner! It can be incredibly challenging to find a psychiatrist or psychiatric nurse practitioner that can effectively help someone get better through care and medication management. Lori's compassionate touch and immense experience with trauma, mental health, and substance use has helped many of my clients bounce back, heal, and recover. She has a wealth of knowledge on psychopharmacology and a comprehensive approach to treat her clients that is hard to match. Lori is rooted in integrity and is well known in the field for ability to effectively treat complex and comorbid issues where others have failed. Lori Albright & Southeastern Executive Health is my go to when I have a client, family member, or friend in need.

04/22/2020, 01:33 AM
Lori Albright is the most knowledgeable, patient first and passionate professionals I’ve ever had the privilege to work with. Lori’s experience with co occurring And addiction disorders is unmatched and will always be my first recommendation for clients, friends and family . 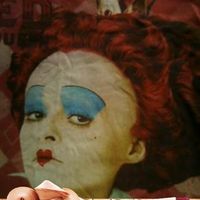 12/15/2010, 04:29 AM
Belmont Inpatient is good, Outpatient not so good First off, I'll say that I was displeased with the decisions my assigned (Belmont Staff) social worker made on my behalf, but I can't change that now. Also, the individual "therapy" sessions for me were really pointless because I only got to spend 25 minutes with her twice a week, and I barely remember ever talking to her.

12/15/2010, 01:55 AM
Belmont Inpatient is good, Outpatient not so good First off, I'll say that I was displeased with the decisions my assigned (Belmont Staff) social worker made on my behalf, but I can't change that now. Also, the individual "therapy" sessions for me were really pointless because I only got to spend 25 minutes with her twice a week, and I barely remember ever talking to her. The good stuff: The groups were great. I had been transferred to Belmont from a crisis unit, and Belmont was like Disney World compared to the horrible crisis care unit. I felt very safe during my stay at Belmont, and didn't fear for my safety. I was also very comfortable as they let me have basically any personal possessions I wanted with me. (Being on the Eating Disorders unit, we were restricted from having any food items or containers- and the General ward wouldn't let me have my iPod charging cord for a few days at first because of suicide risk.) At Belmont you share a room with only one or two other roommates, many times I found myself bunking solo. There was digital cable, a piano (eating disorders ward), an art cabinet full of supplies to keep us busy with, regularly scheduled groups, after meal support (eating disorders ward), and an amazing staff. I had very few problems with the staff and developed great relationships with some- and I will drop names here: Sheila and Wendy were absolutely terrific (eating disorders ward), and Meg and Kaleb would come visit me (they were staff on the general ward). Allen (general ward) was a great source of comfort and wisdom during my short stay in his care. Unfortunately my initial stay there was during the holidays (after christmas and through new years and through January) so there wasn't a lot happening there at first, but after the regular doctors and staff came back from their holiday things became a buzz. Weekends were really hard, there was "nothing" to do- no groups except for maybe a special occasion, and that's when most of the arguments between the teenage girls would occur- but it wasn't so bad. We had a lot of busy activities to do- like making magazine collages, unlimited phone use, the piano, the cable tv, and the art cabinet. The care from the head psychiatrist on my ward was terrific- he was a great listener, never accused you of any "bad" behaviours, was incredibly friendly and respectful, and easy to talk to. I have never found a better psychiatrist, and would love to be under his care again. He did have a strong accent, but it didn't get in the way of communication- others may or may not agree with that, though. I would definitely go to Belmont again if I had to be inpatient anywhere, I would immediately request a transfer to Belmont. Outpatient care there was not very good, unless you get to keep the same psychiatrist and therapist that you had while inpatient, I would recommend that you go to a private psychiatrist instead. The commute to the outpatient center every week was exhausting, and the attention I got from my therapist was sub par. For inpatient and intensive out patient needs (partial hospitalization), Belmont definitely has what it takes.