McIntosh Realty Team Selling your home can be easy. Let our experienced staff help you make it happen. Jason and Christina McIntosh have each been working in Real Estate for over 20 years. They have been blessed to have thrived in the Selling and Listing of homes and have added several members to their team who each have the same vision and values that Jason and Christina share. Together with full time Listing Agents, Designated Buyer's Agents and Professional Administrative members in place, the McIntosh Realty Team is able to assist their clients to make buying or selling their home a great experience. Our team adheres to a standard of excellence that guides the customer service delive

12/22/2019, 02:20 AM
Christina and her team quickly mobilized to promote and market our home effectively. They maintained open communication and aided in a timely closing. Very professional and knowledgeable of the Savannah market!

12/19/2019, 04:10 AM
Working with Aimee through the process of selling was an amazing experience. Her market knowledge, professionalism, understanding of what was important to me.Her tireless work ethic and always being available,truly made my experience great. She was always friendly and responded promptly whenever I had questions or concerns. The experience could not have been better and I have to thank Aimee for that. After being on the market for 6 months with another agent Aimee was able to sell it and close on my condo within a month and brought me a cash buyer.I would highly recommend Aimee to all my friends and family or anyone who is looking for top notch agent and experience .If you want 5??????????star agent you are in the right hands.Thank You Aimee for your hard work and dedication:)))God Bless you and your family?? 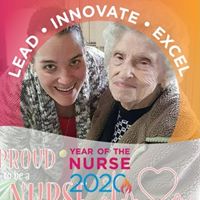 12/18/2019, 12:08 PM
Amazing team of people! Best experience I have ever had with service. Our realtor Brian was fantastic and actually ended up being the one to find our dream home, when I passed it up! We are forever grateful and will encourage everyone we know to come your way!

Thank you for your kind words Barbianne! We are so glad you were able to find your dream home. Thank you for trusting us during this process!

12/17/2019, 03:09 AM
JoLeigh and the Team were GREAT at every step of the way! Sold our home in five days and we closed in just over thirty days after sale. You couldn’t ask for a better group to work with.

12/09/2019, 12:02 PM
Aimee saw that I was casually browsing real estate sites for a potential second home in Savannah with vacation rental income while I would not be in town. I was impressed with her initiative in contacting me and offering help. In a manor of weeks she got me from casual looking to seriously viewing properties as a pre-qualified buyer. Within a few months we were at settlement for an ideal property six hundred miles away from my primary home in Maryland.

11/18/2019, 00:37 AM
“It was the best of times, it was the worst of times, it was the age of wisdom, it was the age of foolishness, it was the epoch of belief, it was the epoch of incredulity, it was the season of light, it was the season of darkness, it was the spring of hope, it was the winter of despair.” -A Tale of Two Cities, Charles Dickens I felt much like this, when it came time to sell my home, until I found Tracie. She was able to keep my head intact during all the little bombs that went off. From the cleaning, staging, and the repairs that came up during inspection down to the very surprising incorrect title deed that never existed and almost caused everything to fall apart. Tracie handled every situation with poise and grace. She went above and beyond, answering texts/calls at all times. She even worked with the closing attorney, who had never seen anything like that happen during his career, to get to the bottom of the floating title deed. Thank you for all of your hard work!

11/09/2019, 15:03 PM
A.J. is a true professional realtor. Even though my budget was small, I felt like I was his only client. He was able to point out the issues with different properties that I would have missed. After I decided on a place, he helped me negotiate the price, set up inspections, and find an closing attorney. We kept in touch by phone, text and email daily. He helped me with the closing process, and followed up after the sale.

11/08/2019, 15:12 PM
Tiffany was awesome. She helped me purchase my property back in 2017 and also helped me sell the property this November 2019. She is always responsive, knows her stuff, and definitely has your back. Highly recommend her services!

11/07/2019, 01:20 AM
Aimee was very helpful in my transition to a new town. She flawlessly took care of the details of the purchase of my new home, while I was busy selling my previous home and packing. I highly recommend Aimee.