I’m a former journalist, married to an amazing artist, and mother of two. I’m fueled by passion for simplicity and balance. From writing articles in Brazil, to serving families in the US, my professional transition happened in the midst of a deep spiritual journey. As I searched for inner peace and a career that would express my inner purpose, I felt that organizing not only helped me to achieve both, but also helped busy and stressed families to find the same. Today I partner with clients who desire to find a simple way out of the chaos, so their mind can focus on what really matters. By taking care of their to do list, I offer them the extra time they need to be with their loved ones. A s

01/03/2018, 01:26 AM
If I could give Patricia ten stars, I would! She helped me with packing, unpacking, and organizing in my new house. She's AMAZING. I am a messy, disorganized person who gets anxiety attacks just thinking about packing and moving. In two days she had me totally packed- and packed perfectly! I used a large and highly regarded Boston mover, and the crew chief on my move said it was the best PBO (packed by owner) he'd EVER seen. And the move cost hundreds less than the quote, which they said was because it was so well packed and well prepared. Hiring Patricia to pack practically paid for itself. And my new house! It's so beautiful! My kitchen is like a dream. A dream where everything makes sense and stuff is easy to find and even better, things are set up in a way that's easy to maintain. I never thought I'd be able to keep it going, but it's just so logical, it feels natural. Patricia did more unpacking in two days than I would have in six months. I could literally have guests over a week after moving in because of her. And everything is so smartly thought through. I love that she doesn't just want to put things out of sight. She wants to create true order, and in a way that I can follow on my own. She pays attention to how you use things, and how often. Patricia really listens. Also, she's delightful, kind, and extremely trustworthy! I left her alone with jewelry and expensive things with no worries. I gave her a key to my house to do organizing when I wasn't there, in fact. If you're thinking about hiring Patricia for anything- do it! You'll be so happy. Even if you're already organized, unlike me, she can still help in ways you may not have even thought of yet. It's the best money I think I've ever spent. Her prices are extremely fair and she's super efficient. She's a genius at anything related to being organized or creating systems. I would have been so desperately miserable trying to do this myself. And I could never have done it a fraction as well. Patricia really made a difference in my life. She has my thanks and my highest recommendation.

12/20/2017, 11:53 AM
I had a one bedroom apartment that needed to be packed up. Unfortunately, work was heavy so I didn't have as much time. Patricia packed most of the apartment quickly and efficiently. Her method made it a lot easier to move and unpack as well when I got to my destination. I would recommend Patricia to anyone that finds packing a headache.

12/05/2017, 03:28 AM
This vendor gets the highest possible marks in every category! She is just outstanding and also a complete pleasure to be around. You can't go wrong with Order & Bliss. 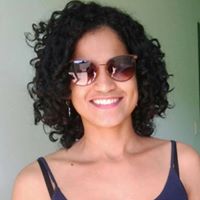 09/02/2017, 04:07 AM
Many thanks to Patricia for getting things into perfect working order! I plan on using her services again and again.