Welcome to Premier Dental of Granville Ohio! Our dentists provide premium care at in-network values. To schedule an appointment, call today! (740) 587-4891.As a local practice group our doctors are committed to serving Granville and the surrounding community. We recognize that every patient is unique so we focus on building trust, providing education and explaining treatment options so you get the care that’s right for you. We’re here to care for your well-being. Your oral health effects the rest of your body. Maintaining the healthy function and appearance of your teeth can impact life expectancy, income and self-esteem. We offer a variety of dental services that include: • General & Restor

06/19/2019, 07:24 AM
The staff at Premier Dental of Granville, was very friendly, efficient, and knowledgeable. Dr. Mark, visits all clients although they may not need his services for the day. Merica, is very professional while taking impressions. The ladies at the front desk are very friendly and efficient in performing their duties. 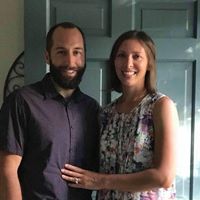 05/29/2019, 02:24 AM
First time to this dentist. Best one I have ever been to in 50+ years of using dentists. Explained everything clearly and patiently. Treated me with respect. Did not talk down to me as many caregivers (Dr, dentists, etc). No blame, no lifestyle lecture. Put me at ease immediately. Would definitely recommend to anyone.

05/25/2019, 05:11 AM
I recently had a piece of a molar break off during a weekend. When I called the office on Monday morning, no dentists were working at that location that day, but Sheila called the Johnstown location and was able to secure an appointment for me. After being examined there, I thought I would need a crown put on the tooth. A few days later, I saw Dr. Mark and he decided that he would do a patch filling instead and told me that this would be the best option of treatment. Not only was this a much quicker procedure, it was much less expensive, as well. Due to the location of the broken tooth, it was not an easy place to work. Dr. Mark made sure that I was aware of what he was doing and that I was as comfortable as possible. I have the utmost confidence in the dental work that I receive at Granville Premier Dental.

05/17/2019, 06:21 AM
I’ve been going to Dr. Mark for several years and he’s a great dentist. The staff is always friendly and helpful. I must say though, things have changed over the last year or so. Everyone seems rushed. Floating between multiple patients. Even Dr. Mark pops in does a few things and turns it over to a dental assistant. Staff is often interrupted while with a patient. I miss the feeling that I am the most important person while in the chair. I miss the attentiveness and the direct personal touch from Dr Mark and staff. Beginning to feel a little like a number. I’ll still continue to keep Dr Mark as a Dentist, because he truly is an exceptional dentist. I would just like things to be more like it used to be. Thank You. 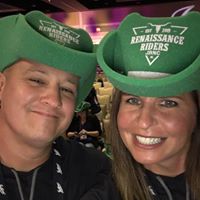 05/07/2019, 17:28 PM
I have a real fear of dental work. Dr. Mark and his staff are so nice and make me feel at ease. They take time to make you feel extra comfortable and make sure that you have all your questions answered. I had a filling today, and I must say that I felt no pain whatsoever. Thank you!!