05/03/2013, 04:10 AM
My husband and I have been here twice. Once for lunch when they first opened, and once for dinner on our anniversary after leaving another restaurant as a result of poor service. We really enjoyed ourselves both times. The staff was very friendly and prompt. We both loved the wings and fries. I had the mango habanero boneless and the salt and vinegar fries, and my husband had the hottest boneless (can't remember what they were called), and we thought they were great. I even brought some home for the kids. Beer was cold. When the bartenders heard it was our anniversary, they paid special attention to us and saved the night! We will be back! 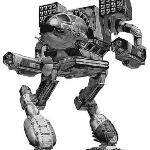 02/28/2013, 01:33 AM
Went there on a Sunday and found the place full at 4:30PM! I thought we would have the place almost all to ourselves. :) Anyways, the place felt very lively - although I thought they overdid it somewhat with the number of large screen TVs around the room. And one of them was tuned to the UFC fights, which obviously was not kid-appropriate. Fortunately, I was the one facing that screen. They did a fair job on their namesake wings - not the greatest but certainly not the worst. However, the Cinnamon Squares were really, really awesome. If didn't gorged myself on the salt and pepper fries (pretty good) and the wings (we ordered a bunch), I would have happily ordered more. As it was I still thought the Squares were great even at my advanced state of being stuffed. Place was kind of pricey though with each wing (really, 1/2) cost almost a buck. The wings were decent sized. 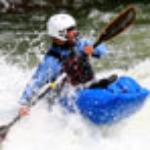 01/11/2013, 05:17 AM
Came here on a Wednesday night with my family, and we had to wait for 35 minutes. The place was so busy. Even, wehne we left at 8:15 pm, there was still a waiting line to get in. From what I understand the place openned up a few months ago, but is still busy. The place is huge, and is split up into 2. On one side is a sports bar with gaming machhines and tables, and the other side are lots of tables. There are big-screen TV's all over the place. The food was very tasty. You can pick from all different sauces from mild to hot. I had the boneless wings, and the portions were tiny. I got 8 wings for $8.99 which I thought was way overpriced. My other family members got the wings and they thought it was very tasty. Still in reviewing the other menu choices i think that the prices are a bit over moderate. Parking is free. Service was very prmopt once you are seated.

12/29/2012, 00:53 AM
My wife had the Tablegating Sampler and said it was nothing special. She ate most of it - the leftovers being due more to the serving size than anything wrong with the food. I had an appetizer of Jalapeno Pepper Bites, and an entree of six traditional wings with six boneless wings, with Caribbean Jerk sauce, and a side of Mac & Cheese. Despite the servers claim that the Jalapenos were "Incredible", they were pretty average - but he was young, so... The wings were good, but nothing spectacular. I would recommend the Caribbean Jerk sauce for anyone who isn't a heat freak but wants to try hot wings without serious damage. The Mac & Cheese was good, but unexceptional. The major complaint about the place is not something they are specifically responsible for. Many restaurants are going for the loud, clangy interior noise of the stereo, and I realize there are marketing reasons behind it. I also realize that 60-year olds with sensitive ears are not their primary sales target demographic. However, there must be a better way to promote an upbeat atmosphere and maintain table turnover, while still allowing customers to have conversations without shouting. I wasn't terribly disappointed here, but there are less noisy wings chains, with food that is just as good, so we probably won't go back.

It all started in 1982 with one restaurant in Columbus, OH. Since then we’ve grown to have a store in every state in the U.S. and continue to open B-Dubs® around the world (you’re welcome, Earth). But really, all you need to know “About Us” is these three things: Wings. Beer. Sports.™ Why do those three things matter to us so much? Because that’s what our fans want, and that’s what we’re all about—making our fans happy. No matter how many locations we’ve opened, where our corporate headquarters are or how many years we’ve been around one thing remains the same: Buffalo Wild Wings® is the ultimate place to get together with your friends, watch sports, drink beer and eat wings. Still readin