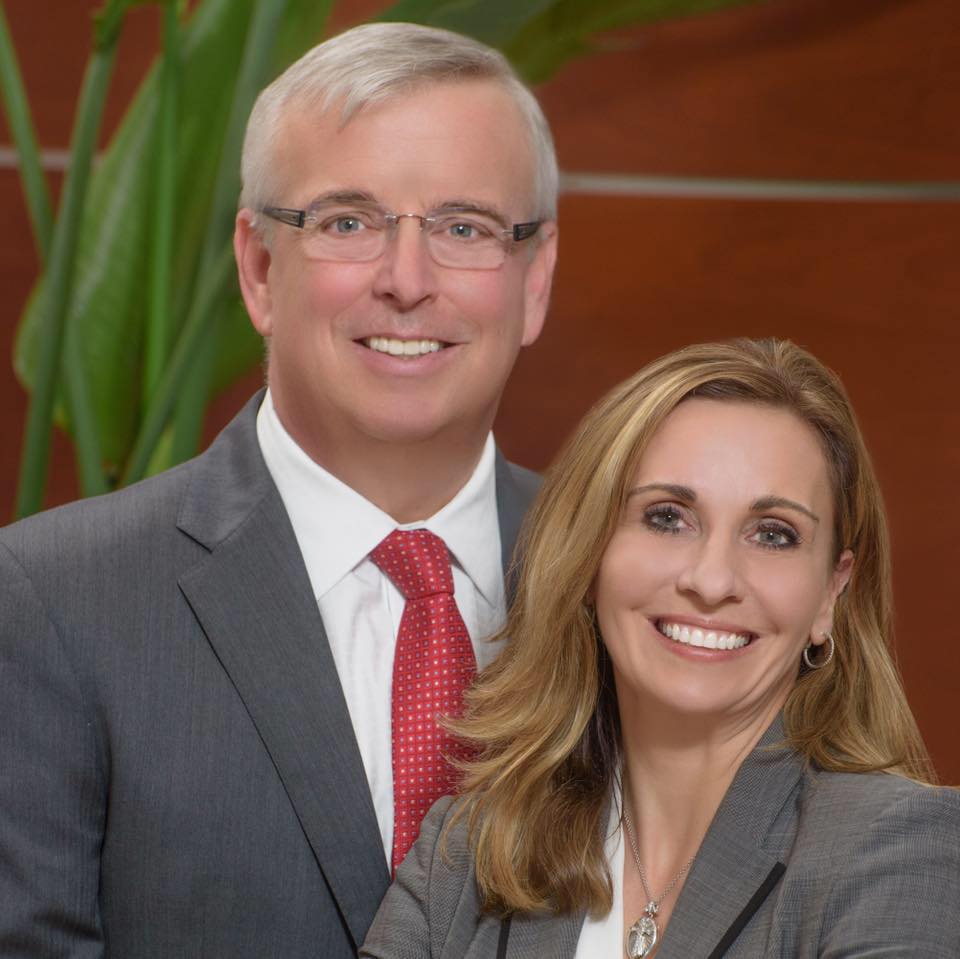 YOUR HOME. YOUR SUCCESS. YOUR AGENTS. We're John & Maria Hoffman, and our team, Tampa Home Group, is passionate about making YOU, our clients, successful. We have a clear plan to help you sell your home for top dollar. We go the extra mile to help our buyers find and buy their dream homes with confidence, going far beyond what you'll find in MLS or online.

08/24/2013, 05:05 AM
The first time John stepped inside our home, he glanced around, and matter-of-factly said, "I'll have a contract on this by the end of the week." While seemingly brash, that statement exemplifies the confidence and self-assurance that John portrays in his professional conduct. While Maria's professionalism is more subdued and understated, it is no less effective in achieving the goals of her clients. John and Maria are thorough in their preparations and presentations. Each has a certain savoir faire that makes you KNOW from the moment you meet them that this is the ONLY team you want working for you. They are knowledgeable and confident, honest and forthright. They work to placate any “fear of the unknown” in the buying and selling process, while always posturing to gain the best advantage for their clients. Maria worked diligently with us until we had found the exact home we wanted -- our "perfect" home -- and was deeply involved with each step of the process until we got the keys to our new home. And, the home we put in John's capable hands? We received ten offers within four days of listing it with him, including three that were over our asking price. As if to add an exclamation point to his initial claim, the offer we accepted was not only in excess of the asking price, but was also a cash deal. It doesn't get any better than that!

08/23/2013, 17:19 PM
We are so grateful to have been introduced to John and Maria Hoffman as well as there whole team. From the moment we met them to talk about the listing of our home, up until the closing on our new home, they carefully walked us through each and every step so we didn't feel overwhelmed with the process. Every question we had was answered in a timely manner, every scenario was discussed with us in great detail. They took away all the stress of buying and selling a home, and made it a wonderful experience. We highly recommend team Hoffman for all your real estate needs.

08/23/2013, 16:42 PM
John and Maria helped us to sell our home and find a fabulous new home, Without their assistance, I feel certain we would not be living in our dream home. There are many realtors to choose from, but you won't find anyone more knowledgeable, professional and honest than these two individuals. I highly recommend them.

08/23/2013, 14:15 PM
I had my condo on the market for 6 months and had many lookers, but no takers. I was introduced to John by a Priest from my parish in Florida. John called me at the end of Sept. and my condo was sold in a month. His office team kept me posted on all that was happening. It sure was a blessing working with John. I recommend both, John & Maria Hoffman highly.

08/23/2013, 12:57 PM
If you take any stock in reading reviews, believe me when I say that you will not have a more complete and professional experience. John and Maria Hoffman are the agents to contact if you want a stress free experience in selling your home. It took less than 24 hrs for our home to sell at full asking price and they helped us find a new home that met our needs. They work extremely hard to make sure the whole process goes smoothly and trouble free. Their experience and professionalism should be sought out by anyone looking to relocate in the Tampa area.

08/23/2013, 05:22 AM
Our family was new to the Tampa area and had rented a home. When it came time to rent a new home, we realized that owning a home was within our reach. Maria helped us find a home that was in our budget and perfect for our family. She and the staff in the office were in regular contact with us throughout the buying process and have continued to follow up even after the closing. We were referred to John and Maria by a friend, and will be sure to do the same to any friends or family needing a realtor.

05/21/2012, 20:13 PM
I have just competed a sale with TAMPA HOME GROUP....i would like to take the time to say what a great team they are !!...im BRITISH with a vacation home in TAMPA and was in a very tight spot not knowing whos who ..i had a meeting with various realtors and the one that stood out to me was JOHN @ THG... He says it as he sees it type..I thought if he can do half he says i will be happy... i am very hard to please !!. John & Maria Hoffman along with Tania & Vanessa..have done exactly (what it says on the can)..i could not belive how proffesional it was handled from the beginning to the end..your home is usually your biggest asset and trying to find the right realtor can be a minefield ...i cant stress enough how hard theses guys worked,and would recommend them to others..Honesty and TRUST is a rare cammodity theses days but at TAMPA HOME GROUP its still popular ..i hope this review works for them because thier worth it !!..Thanks TAMPA HOME GROUP for everything..