09/18/2019, 07:33 AM
I submitted a request on Angies List for a quote on my AC unit. I was unsure if a repair or replace was needed. I almost immediately had a call back and a schedule for someone to come take a look. Mike called me before arriving and was very prompt. He was very polite and professional and took time to fully inspect the unit. It turns out a new unit was needed and he went through my options and quoted prices. The pricing is very competitive. A new unit was scheduled for installation the next day. The AC installation was done very professionally. During the install a crack was found in the heat exchanger of the furnace. Again exceptional service was provided from quote to install. Big shot out to Mike Brown, Brock, Haidar, Brian and Dakota. There was another gentlemen with Brock and I can’t remember his name. So sorry!! If you need any work done on HVAC, give Five Star heating and cooling a shot. awesome job guys! New AC and Furnace 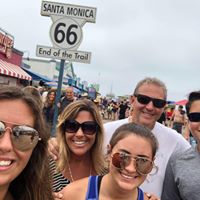 08/07/2019, 12:55 PM
This company has been great! The estimate process was timely, professional and affordable. The crew that came to install (Lucas, Devin and Kumar) were super friendly, efficient and clean. Highly recommend.
Business Response:

Thank you so much for your kind words, Christina Parsons. We really appreciate you taking the time out to share your experience with us. Cheers, New Albany Heating & Cooling

07/24/2019, 18:19 PM
They did a really good job. Estimate was performed right away. Scheduling was a week out, which is not surprising given the time of year. The deal was a very good value, I was lucky to get it. It was not high efficiency as described in the deal title, which they blamed on Angies list. The details on the efficiency as described in the deal were correct though (standard/low efficiency). I had the option to claim either deal, and opted for the more economical one. I didn't feel pressured to chose one or the other. They did a good job on the install, took out the old line set and got everything back up and running within the day. I would definitely recommend this company. The only hiccup we had was when I went to pay with my credit card it was declined by my credit card company. They worked with me to get that resolved and the charges completed. Very professional. Replaced furnace and AC system, relocated AC system

07/16/2019, 03:39 AM
Had problem after service visit and Jacob came back out on same day. Fixed and cleaned up water from condensation. AC unit now working better than before service.