Specialties Dependable as the Sun! Our team of Plumbing professionals are fully licensed and ready to tackle anything from your smallest problem to your largest project. We dispatch technicians to all over Brevard County including Viera, Palm Bay, and Merritt Island. Our workmanship meets the highest standards and we use all the brand name products you are familiar with - from competitive to designer lines. History Established in 1974. Sun Plumbing has been doing business for 35 years throughout Brevard County. We are locally owned and proud of our reputation for honesty, reliability and quality work at competitive prices. 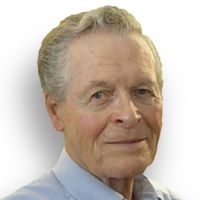 03/29/2016, 09:45 AM
They've done a few different things for me on a couple different properties. Always did a great job. They are always my first call when I have a plumbing need. They're always busy, which tells me they're in demand and doing a great job for others too.
Business Response:

Thank you for the review Mr. Goode!! We love our customers and are happy to help whenever needed.

03/01/2016, 00:44 AM
I initially called them but they could not come out until the evening. So I began to call other plumbers and no one could come out until later in the week. We were without water. Sun Plumbing called me back and stated that they found a crew I could come out quickly. Stated they did not want us without water. They dug up and replaced the line, placed back the landscaping very neatly, and cleaned up after themselves. The two men were very courteous and professional. Have used them in the past and will continue to use them in the future. I highly recommend. Another contractor had run over our main water line to our house and it burst. Sun Plumbing replaced and repaired the line from the meter to the house.

02/23/2016, 12:43 PM
Repairman was punctual and professional at all times. He replaced the intake valve at the base of the toilet; most of the charge was for service/ labor. He also checked the main water valve for my house, and explained that it was in good working order. When I asked, he explained to me how to shut the water off in the event of an emergency. He did not charge me for checking the main water valve. The repairman checked the toilet intake valve in my second bathroom (at no charge) also. I will definitely use Sun Plumbing again! Repaired intake valve at lower base of toilet.

02/01/2016, 08:43 AM
They were just totally perfect. The bathroom remodels were really good. I'd grade them A plus. They did two bathroom remodels for me two different times. Other than that, just minor stuff.

02/01/2016, 00:17 AM
I think they're a great plumbing company. They're a big company and they're expensive but they do a good job. I've always been happy with them until this last time. My pump stopped pumping, no more bubbles in the Jacuzzi. It's just awful. They came and took the pump out and tried to tell me it's going to cost two grand to fix it. So I went and got the pump back and went to a local pump company to change the capacitor and for 60 bucks, it was fixed. It makes you wonder. They did come out and take the pump put and I had them install it again. I'd still give them an A. They're good people. This is the only time I have gone "what the heck is going on here" and they said they don't work on pumps. My thought process was; why didn't you tell me it was the capacitor, somebody else told me. Actually the guy that came that was going to put it back in not working, he said I don't understand this it seems to be the capacitor, that's a cheap part and we just need to get that changed. That is what made me take it to the plumber and sure enough that's what it was. I think it was a fluke that I heard it from the employee, not the way I would have expected it. I've used them for years and it's been topnotch.When our hot water heater flooded the garage, they were here right away. They're very responsive and quick. When you're really in trouble, they're right there. I have used them a couple of times. The last time was to repair my Jacuzzi.

01/22/2016, 10:05 AM
Arrived early, first thing instead of an afternoon appointment. Removed the old hot water heater which was leaking. Installed the new heater plus overflow tank. Made sure all was well and then also installed a new faucet in the kitchen. Checked all work before they left. Nice job, clean and professional. Justin did a great job. Would definitely recommend SUN to anyone. High quality Rheem hot water heater installed, one price... not by the hour. Great service overall! Installed gas hot water heater and kitchen faucet