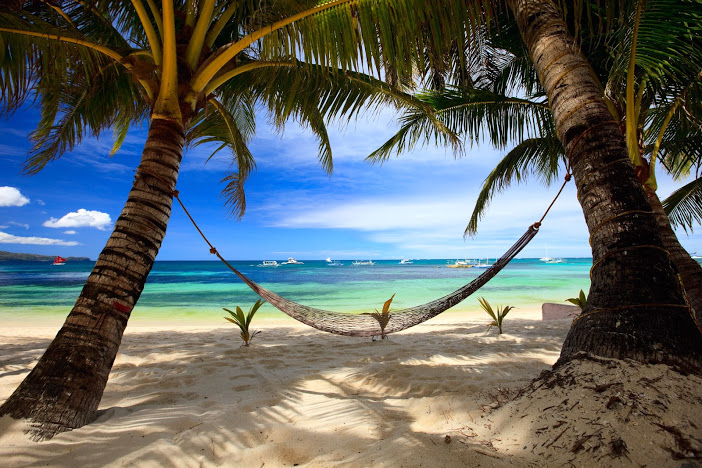 Sundance Vacations is a travel company dedicated to making affordable vacations available to everyone. With a wide variety of global destinations, you can be sure that traveling with Sundance Vacations will allow you to save time and money as well as create some lasting vacation memories for years to come. Our traveler’s needs are of the utmost importance to us and we seek to create a culture where vacationing and fun go hand-in-hand. Say “so-long” to all of the headaches and hassles that can go with travel and say “hello” to more fun, more hikes, more sunsets, more sand castles, more family togetherness and most importantly, more vacations. 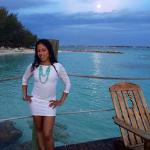 06/16/2014, 16:56 PM
My husband and I as well as my sister in law and her husband, just spent a very wonderful and relaxing weekend at Woodfield Manor. We were celebrating our anniversaries. Theresa was the absolute best! We weren't able to check in at check in time, but that was not a problem, Theresa made sure she had everything ready for us when we arrived and all we had to do was walk to the lobby and our key was waiting for us. As recommended by Theresa we had dinner the first night at the Frogtown Chophouse and it was delicious!!! The next night we went to Smuggler's Cove for some yummy Surf and Turf. We had such a great time we are already planning our next trip with the kids. Thank you so much for everything & for making our trip memorable.
Business Response:

Hello Jinet! It was a pleasure for me to see the smiles on your faces during your anniversary weekend here at Woodfield. It is such a sweet place and it is so fun to watch people fall in love with it. Cottages #17 and #20 will be waiting for your next visit!

06/01/2014, 09:25 AM
We stay at Woodfield for the night before my sister wedding and the wedding night. Theresa was so good to the whole wedding party, she went beyond helping, she has touch the brides and my heart so deeply. I cannot wait to go again it was the BEST experience every. . Every thing was so nice and clean, fresh, it was a cozy place, laid back, great place to relax and it felt very homey. I want to make this a place I take my family for a nice little get away from home at least once year if not more. I cannot not talk enough about it.
Business Response:

Hello Amanda, Diane's wedding will be one of my favorite memories for the rest of my life. Watching the two of them look into each other's eyes as they spoke there vows brought me to tears. They both just sparkled in the late afternoon sunlight.. Thank you for choosing Woodfield Manor... it was a pleasure and an honor to be a part of such a special event in all of your lives. Smiling in your direction...

03/15/2014, 09:43 AM
I have to agree with most comments here. Sundance does give its clients exactly what is promised, see my review to the left of this. We had a wonderful time in Gatlinburg at the Summit resort. Everything was exactly as expected, clean, in order and very comfortable. The environment was fabulous and we enjoyed the heated indoor pool and hot tub very much especially on the day it snowed.

01/24/2014, 09:15 AM
Complaint: My wife and I Took part in a Sundance Vacations Informational sales presentation. The information that was presented to my wife (********** ***************) and I, was not totally accurate. There was a misrepresentation of the product, and of the services that were presented to my wife and I. After carefully reviewing the Sundance Vacations website,(the day after the informational session) and reviewing the paperwork that I had received during our meeting with one of the representatives, it became very clear that the information and promotional offer that was presented to us during the meeting with the Sundance Vacations representatives was not verifiable. The most specific instance of misrepresentation occurred when a 2 for 1 airfare travel voucher was presented to us and my wife and I were told that the voucher was good for travel anywhere in the U.S. I was also told 3 times by another one of the sales representatives, that the 2 for 1 airfare voucher "was good for travel to Hawaii". Upon further review of this document after it was endorsed, I saw that the voucher indicated that it only covered flights within the continental United States and excluded travel to Hawaii or Alaska. Accodring to the document,issued by "Spirit Incentives", which I assume is a company that is affiliated with Sundance Vacations, there are several stipulations, including the restriction of flights confined to the continental U.S. Through the entire process from start to finish, it seemed like we were rushed through the process, as it was getting late in the day and several othr potential clients were leaving the facility. After reviewing the Sundance Vacations website, and entering my account information, I was a bit disappointed when I searched for availability of a few of the vacation properties listed. It seemed that regardless of the destination, there were several dates that were unavailable to us, even though we had an account number and access to the site.Desired Settlement: A full refund of any, and all in-process or pending monetary transactions associated with: Sundance Vacations/ Sundance ********, Inc./********* ********* or ****** ********* ******* (***).Termination of any and all contracts or "Agreements" associated with: Sundance Vacations/ Sundance ********, Inc./********* ********* or ****** ********* ******* (***).A written confirmation stating that my wife and I are not responsible for any contractual or monetary obligations to Sundance Vacations. Business Response: Sundance Vacations, Inc. 264 Highland Park Boulevard Wilkes Barre, PA 18702 January 13, 2014 BBB of Metro Washington DC and Eastern Pennsylvania Attn: ******* ******* **** ****** ****** ******* ** ***** RE: ******* *********, ID ******* **. *******: Thank you for your letter dated January 13, 2014 regarding a complaint that was filed by ******* *********. After receiving your letter I reviewed **. *********’s account and found that on January 13, 2014 we received an executed Confidential Termination and Release Agreement. As a result of receiving this document **. *********’s account and contract were cancelled effective that same day. No refund is due as we never processed any payment on **. *********’s account. We trust this resolves the complaint and ask to be notified if it is not considered resolved. Should you have any questions regarding this or any other matter, please do not hesitate to contact this office at ###-###-####. Sincerely, Customer Service Sundance Vacations

01/16/2014, 19:59 PM
Sundance is an amazing company to work for. I am so happy to be an employee of Sundance Vacations. They also are very good to their clients when it comes to them. They always go through with what they promise.

10/14/2013, 17:37 PM
Complaint: In April of 2013, my wife and I attended a sales pitch with Sundance Vacations in **** ** *******, PA. Due to financial problems, I was unable to make my first payment to ********* *********, I called the company and had the first payment (June 15, 2012) pushed back a month (July 15, 2013). I again contacted the company and requested a cancelation of our contract due to us not having made a payment yet, not having used the services of Sundance Vacations yet, to our unforeseen financial hardship that had come on so abruptly, and because of the medical condition my wife has (which has worsened over the last few months) that will now keep her from traveling on vacations. At the time I was requesting to have our contract canceled, I was forgoing the return of our $300 down payment, we just wanted out of our contract. I was told that it was a non-cancelable contract and that a supervisor had to contact me. A supervisor DID NOT contact me back and I contacted Sundance Vacations again, only to be told that a supervisor had to contact me again. At this time, I requested with ********* ********* to NOT automatically debt my account, due to the financial strain we are under now and we live pay check to pay check now and have medical expenses on top of everything else now. I verbally revoked the privilege to debt my account to Sundance Vacations and ********* *********. A supervisor did contact me back this time and I was informed that I could not cancel my contract with them, but did offer me smaller package deal with a smaller monthly payment. I explained to the supervisor that the smaller package did not help us in this situation. I was basically told too bad. The next month, ********* ********* automatically debited $243.28 from our bank account, which overdrew our account, leaving us completely broke for 6 days. I contacted Tri-State to inform them again that I had previously revoked their rights to touch my bank account, and demanded the money back and was informed they would not return the money. I again explained that we would never be able to use any of these vacation packages, even if we could pay for them at this time, due to my wife's medical condition, even offering to provide documentation from her doctors proving that the statements I have made about her medical condition where true. During our "sales" meeting, we were told that we could immediately use these vacations anytime. I inquired about that during my first phone call and was told we could use it only after we reached $1200 in payments. Then in my opinion this agreement was consummated with material misrepresentations, whether by commission (what they told me) and/or omission (what they failed to tell me) and the contract is null and void from day 1. It is apparent that Sundance Vacations does not follow and totally ignores The Pennsylvania Unfair Trade Practices And Consumer Protection Law. After doing much research and communications with Sundance trying to rectify this problem, I have been left with not alternative but to contact the BBB, The PA Attorney General Office (Dept of Consumer Protection), WNEP, WBRE, & The Steve Corbert Show on WILK to voice my opinion and make it known about Sundance Vacations practices.Desired Settlement: I am requesting a full return of all monies paid to Sundance Vacation and ********* ********* ($300 down payment - $243.28 UNATHORIZED debit from my account) PLUS the NSF fee of $33 THEY caused for a total of $576.28. Business Response: Sundance Vacations, Inc. 264 Highland Park Boulevard Wilkes Barre, PA 18702 October 3, 2013 BBB of Metro Washington DC and Eastern Pennsylvania Attn: ******* ******* 4099 Birney Avenue Moosic, PA 18507 RE: ******* ********, ID ****** **. *******: Thank you for your letter dated October 1, 2013 regarding a complaint that was filed by ******* ********. We were sorry to learn of the financial hardship that resulted from ***. ********’s recent medical expenses. We understand that as a result of this unexpected change in **. ********’s household he would like to be released from the contract that is associated with his vacation program. In the interest of customer service, upon the receipt of an executed Confidential Termination, Release and Refund Agreement we have agreed to cancel **. ********’s account with a full refund in the amount of $543.28. The purpose of this document is to memorialize the cancellation and releases both parties from any obligation. On October 1, 2013 we emailed **. ******** his Confidential Termination, Release and Refund Agreement. Once the executed document is received by our office we will immediately finalize the cancellation of **. ********’s account and process the applicable refund. Please note that **. ********’s account will not be cancelled or refunded without an executed Confidential Termination, Release and Refund Agreement. We trust this resolves the complaint and ask to be notified if it is not considered resolved. Should you have any questions regarding this or any other matter, please do not hesitate to contact this office at ###-###-####. Sincerely, Customer Service Sundance Vacations