The hotel provides a comfortable place to stay in the Austin area with enough services and amenities that make it worthwhile. This place offers complimentary breakfast that is more than just your average continental breakfast. Along with cereal, muffins, coffee and juice machine, there are also hot waffles, fresh fruit, eggs, pastries and yogurt. The other services the hotel offers is just as exceptional as the breakfast. There is the coin-operated laundry facility and on-site convenience store gives new meaning to the word convenient. The swimming pool will keep you cool in the summer months and the fitness center provides the equipment for a proper workout. All rooms come with free high-sp

06/25/2008, 11:37 AM
I expected more from this hotel The bed was not as comfortable as I would have wished. The furniture was dusty and the bathroom sink would not drain properly. The breakfast buffet did not offer a fresh selection of items. The hotel staff was very friendly.

04/09/2008, 02:19 AM
Great short stay in Austin We couldn't find any hotels in Austin area due to Texas Relays and some other events going on. Suddenly, there was La Quinta by the airport and we thought it was close enough to the city. We had a boxer dog with us and as soon as we entered the hotel we found it clean, modern, new, stylish and friendly (pet and human friendly). Also, rooms are beautiful, quite spacy and luxurious. For the price you get a great hotel experience with superb quality.

03/19/2008, 12:17 PM
Does the trick Wish that Expedia let these guys print you a complete receipt showing price to make expense reports easier. Outside of that- it'll do just fine when you can't stay in downtown Austin. 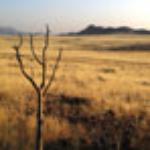 01/27/2008, 05:58 AM
So it appears that some La Quinta's are getting a makeover, and this one is one of them. It was actually being worked on while I was staying there, but that wasn't so bad. It smelled like fresh paint, and they were replacing tile and furniture in the breakfast room, but the guest room was already finished. I think they're going for the clean look with the bedding, but there isn't really a comforter, just a thick blanket that I can't imagine can be washed very easily. Other than that, the room is comfortable. Breakfast doesn't have much of a selection, and the internet was pretty slow most of the time. Also, the service is a little less than desirable. The front desk seemed to be overly concerned with answering phone calls rather than helping people actually at the counter. Check in took a long time, and at one point I saw 6 people waiting in line.

12/16/2007, 11:39 AM
Good for airport hotel The hotel is being updated. The room was excellent. Very modern with great bedding, nice TV and furniture. Contemporary design. Lobby OK (not updated yet),I did not have any breakfast but looked like the usual. Front desk clerk on check in was very nice. I was only there one night for an early flight out, location close to airport. 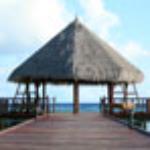 09/30/2007, 07:32 AM
This La Quinta is nice in that it's newer and that it has more modern decor (wood floors, flat screen, etc.) than other LQs or other US chains in general. And staff was very friendly. But it's located right against Ben White, a major artery heading to the airport. The traffic noise was really bad - I woke up repeatedly throughout the night. So ask for a room along the side road or facing the pool (during colder months) - or try running the fan. The only other issues were blinds that didn't totally block the outside light, scum along the pool tiles, incredibly loud toilets, no extra perks like coffee/tea around the clock (like other LQ suite properties).

09/26/2007, 08:53 AM
Good hotel near airport Rather expensive for a La Quinta, but apparently not for Austin. Located very close to airport, and only a short drive downtown. Large, clean room with a nice broadband set-up and a large flat-panel tv, too.