By now, you’ve probably heard the term “gone viral.” Content goes viral when it spreads like wildfire online, usually through social media. When thinking of some viral posts you’ve seen in the past, you probably remember a funny Facebook meme or a heartwarming YouTube video.

When done correctly, viral marketing can seriously help your business. It’s a quick and easy way to get your content in front of thousands of eyes without much time or effort on your part. A quick video with the right content in front of the right audience could be your most successful marketing campaign. In this article, we’ll tell you everything you need to know about viral marketing and how it can help scale your business.

What is viral marketing?

Viral marketing is the promotion of a piece of content that spreads rapidly to a wide audience through audience sharing. Content that goes viral can reach thousands, if not millions of people across the web. Your content should be entertaining, inspiring, or otherwise thought-provoking if you want your audience to share it with their friends and family.

Viral marketing campaigns don’t cost much because people who share your content end up doing most of the work for you. When customers are doing your advertising for free, you’ll have the option to dedicate part of your marketing budget to a different part of your business.

When creating your content, make sure you’re branding your business efficiently. That way, the customers that see your viral video will automatically associate it with your business. As your content spreads, so will your brand awareness.

It’s no secret that viral content can potentially reach a massive audience. Even simple, low-effort videos shot on a cellphone have been seen by people around the world. Going viral is a chance to share your brand from your local market with millions of people without spending much time and money.

Compared to typical forms of marketing – like email campaigns that flood your inbox – viral content is willingly viewed and shared by people online. This can make your brand look better to potential customers because you’re not invading their personal space. They’ll usually be more likely to share your content and choose your business if they feel you’re respecting their boundaries.

Viral marketing is extremely effective, so it isn’t surprising many businesses and organizations use it to promote their products, causes, or events.

The ALS Ice Bucket Challenge was a viral movement that raised awareness for Amyotrophic Lateral Sclerosis (ALS), commonly called Lou Gehrig’s disease. The trend helped raise money to fund the research and development of treatment drugs. To participate in the Ice Bucket Challenge, a person would film themselves pouring a bucket of ice water over their heads. They’d then nominate three more people to take the challenge. Millions of people and countless celebrities participated, and $115 million dollars was raised for The ALS Association.

In 2013, Dove asked a forensic sketch artist to draw pictures of multiple women based on how they described their looks. Then, the artist drew the same women using a stranger’s description of their appearance. The result? The second drawings were more beautiful and looked much more realistic than the first. Dove’s campaign to promote self-confidence went viral and was shared by millions of people worldwide.

3. Old Spice’s “The Man Your Man Could Smell Like”

Old Spice is the king of using outrageous imagery and themes in their advertising. “The Man Your Man Could Smell Like” poked fun at how society views men and promoted the idea that men can do whatever they want when using Old Spice. The ad instantly went viral and sent Old Spice’s sales flying sky-high.

In 2018, IHOP’s brilliant viral marketing campaign showed how simple and effective viral content can be. In a tweet, IHOP announced they were changing their name to “IHOb” – but never clarified what the “b” stood for. For the next week, social media users were left guessing what the ominous “b” in “IHOb” meant, and the campaign was shared all over social media. At the end of the campaign, IHOP revealed the “b” stood for burgers, leading to a significant spike in burger sales and millions of interactions on social media.

While this wasn’t a direct attempt at a viral campaign by the popular fruit juice brand Ocean Spray, it does show how powerful viral content can be in driving sales to any company. Idahoan Nathan Apodaca decided to film a TikTok of himself riding to work on his longboard, singing along to “Dreams” by Fleetwood Mac with a carton of Ocean Spray cranberry juice in hand. That simple video has since gained more than 69 million views and drove sales as people around the world bought bottles of Ocean Spray cranberry juice in response to the video.

Also, check out our post on the benefits of video marketing.

How to build a viral marketing strategy

Now that we’ve established what viral marketing is and shared some successful examples, let’s take a look at what you need to do to create your own viral marketing campaigns.

Your viral content could reach millions of people, but they won’t all be your ideal customers. Before you start, you need to figure out who you’re trying to target and why.

For example, Dove marketed their viral ad directly to women. While it’s likely that millions of men saw the same video, they were not the intended audience and were less likely to purchase the product. So, make sure you plan ahead and target the right audience with your viral content.

There are plenty of different ways to go viral, but videos tend to reach the most people. The most viral videos are often funny, shocking, or heartwarming – and if your video creates an emotional response, it’s far more likely to go viral.

Offer a free product or service

Once you’ve caught their attention, you’ll want something to offer your new potential customer. Whether it’s a free guide, free access to an upcoming webinar, or a free trial, the word “free” appeals to anyone seeing your content. Offering something for free will give you the opportunity to turn a viewer into a new customer.

How many views do you need to go viral?

Generally, one million views is an average for a somewhat viral video. Some videos can get tens or even hundreds of millions of views.

Videos, memes, and social posts tend to go viral the most, but anything from a Tik Tok to a newspaper article could become viral content.

Does going viral make you money?

It depends on the platform the content goes viral. YouTube pays users who reach a certain number of views on a video, but there are some other boxes you’ll need to check before you can monetize your videos.

How Birdeye can help expand your marketing efforts

Birdeye has helped over 100,000 businesses manage their digital presence across all locations. With Birdeye, you can easily attract new leads, turn them into customers, receive feedback, and ask for referrals with one platform. 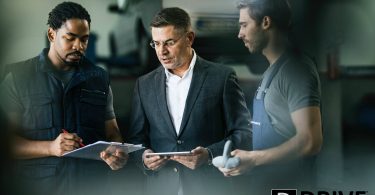 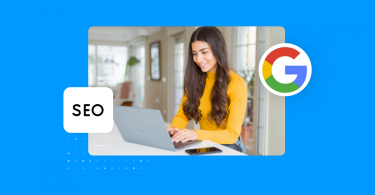 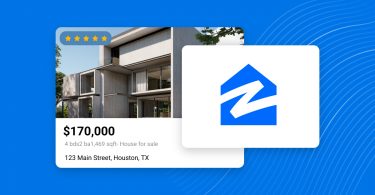 By continuing, you’re agreeing to Birdeye terms and conditions.